Particulars split out clump’d
up or stream’d runnel-
copious out of squeeze-
bags icing earthly cake.

The eighth booklet in The Grand Piano series, that rudely consider’d (if not, for some, riotously self-serving) “Experiment in Collective Autobiography,” the (select’d) participants’ own story of Language writing à l’ouest in “San Francisco, 1975-1980”—one senses a basic expository need here: it’s been eons, number eight, in the making, no? and “we” Americans with such portly carry-all memories forever scuff’d and torn by baggage handlers for, oh, the latest chintz makeover movie—or whatnot—it begins with a Richard Serra line out of “Writings / Interviews”:

What was interesting about this group of people was that we did not have any shared stylistic premises, but what was also true was that everyone was investigating the logic of material and its potential for personal extension—be it sound, lead, film, body, whatever.

A terribly odd choice: that “personal” sounding out the dull clank of earnest pleading after all the Language boys insistence on the social. The social of Richard Serra delimit’d by the curious case of “Tilted Arc,” the 120 foot long raw steel sculpture placed mid-Federal Plaza, in New York City, removed after workers who regularly used the Plaza complain’d that it interfered with movement through the area. (“I don’t think it is the function of art to be pleasing. Art is not democratic. It is not for the people,” is what Serra comment’d in the aftermath.)

Lyn Hejinian’s “turn” to begin. (The tabular chart of positional rotations is print’d in each volume—next is Rae Armantrout—it’s an odd gesture of democracy’s clash with temporal organicism, wholly “constructivist” and awkward.) I say awkward because Hejinian, in booklet eight, is found immediately pointing to “the essay following this one”—Armantrout’s, too, it turns out, about the lyric (“whatever that is”)—and plunges the reader into a footnote (“Rae discusses more than this but these are the points that initially caught my attention when I read a draft of her essay just before I began my own.”) Unduly Byzantine maunderings, result of sticking to a script.

Hejinian, with preliminaries supposedly out of the way:

The lyric long predates the bourgeois ideology it has come so often, in its conventional twentieth-century manifestations, to exemplify. And though it is not per se a subversive medium, there is no reason it should not become so, even if not in precisely the ways that avant-garde narrative has made available—though, come to think of it, some important strategies discernible in avant-garde narrative are almost certainly derived from poetry, lyric or otherwise. The foregrounding of structuring devices, the willingness to disregard temporal continuity, the eliding or obscuring of causative elements (and the general lack of interest in causation as an explanatory, normative, or motivating factor), the complicating of the folds that constitute events and of the various unfoldings that bring them into view—these are all basic to poetry (and often the focus of interest in it).

Is that exemplary of a “tactical” move, some middling form of thinking on one’s feet, or is it a sort of overdetermined semi-intentional muddying? The upshot is that the lyric is stripped of any power to subvert whilst “avant-garde narrative” (identify’d in the next paragraph with, particularly, “the New Narrative writing that was emerging in the late 70s—both in opposition to and conjointly with Language writing as co-extensive avant-garde projects”—Hejinian’s language is full of markers of “having it both ways”)—though its strategies and intensities are lyric-derived, slips easily into the empty’d garment of the “subversive medium” “per se” (a mythical beast). I say “tactical” only because Hejinian insists on the distinction (originally that of Michel de Certeau, in The Practice of Everyday Life) between “the ‘strategic,’ used by institutions to establish and maintain norms, from ‘tactics,’ invented on the spur of the moment by the quotidian (guerilla) citizen.” (One might say The Grand Piano series is “strategic,” whilst my ongoing critique of it is “tactical.”)

Hejinian spends la plupart of the essay in a somewhat overweening reading of Carla Harryman’s piece, “For She” (out of the 1980 This Press book, Under the Bridge). “For She” is a New Sentence’d prose “paragraph of twenty-five sentences, all but one of them relatively short” (“I came from an odd bed, a vermilion riot attracted to loud dogs. Nonetheless, I could pay my rent and provide for him. On this occasion she apologized. An arrangement that did not provoke inspection.” &c.) Hejinian, cued by Harryman’s own talk of “a physical experience of words as something akin to moving bodies in a performance space”—and who amongst “us” doesn’t sense that, bending the little fuckers to “our” will?—falls rather disastrously into neo-academic “performative” patter, a lingo of “space constructed by the force of its contents, as they are bound to their occurring,” before sliding off into an unwarrant’d reading of the piece’s relation to H. Rider Haggard’s novel She (“In its title, “For She” explicitly points to H. Rider Haggard’s novel and its elemental heroine.”) I fail to see the connect. One could equally argue the title’s taunt-mockery of Carolyn Forché, whose second book The Country Between Us, ’d lately made a popular splash. (One might even—ignoring the flip’d pronoun—read Harryman’s sentences “While dazed and hidden in the room, he sang to himself, severe songs, from a history he knew nothing of. Or should I say malicious?” as referring to the “malicious” story of the period: that Forché’d spent, in fact, little time in El Salvador and experienced less than she’d claim’d, holed up in Alabama with Dara Wier and husband during part of the El Salvador stint.) Hejinian’s aim is to “out” Harryman’s poem: she wants to pull the text out of Ron Silliman’s hands (he’d claim’d, of “For She,” in The New Sentence that “any attempt to explicate the work as a whole according to some ‘higher order’ of meaning, such as narrative or character, is doomed to sophistry, if not overt incoherence”) and make its meaning cohere not merely internally (“forgoing significant reference to things outside the text”), but externally, in an intertextual drubbing of She. It’s a valiant house of cards Hejinian constructs of She references, though unconvincing, untenable, uninhabitable.

Hejinian (oddly, literary criticism in the lingo of e-mail):

The sentences of “For She” are not a sequence of non sequiturs but a sequence of present appearances, each with several attachments. It’s in response to these attachments that attention in “For She” gets repeatedly repositioned and refocused with the work’s narrative circuitry, which is so very unlike that of grand narratives (and pulp fiction).

A second approach, relating Harryman’s “For She” to a 1937 Max Beckmann painting call’d “Birth” (“not a narrative painting . . . not a tableau . . . a scene, but one in temporal disorder”) is offer’d (quashing dissent of the overblown first?). Hejinian quotes Beckmann’s “Letters to a Woman Painter”: “Learn the forms of nature by heart, so you can use them like the musical notes of a composition . . . . Nature is a wonderful chaos, and it is our task and our duty to order this chaos . . . . This alone is enough to make us forget the grief of the world, or to give it form.” And adds: “In place of what Beckmann terms ‘nature,’ I would put ‘time’—which is to say, I would define ‘nature’ as a temporal microsystem.” Time (and its disorder, order tentative, makeshift, acceding, “temporary”) is Hejinian’s big theme, and the positing of Beckmann’s painting or Harryman’s piece (or nature itself) exemplar of such “chaos,” allows a girt’d recuperation and escape. Hejinian (echoing Stein’s “Let me recite what history teaches. History teaches”):

History should teach us that the present comes into being in a state of disorder. That is not, however, what history does teach. History is what has happened; history is the narrative interpretation of what has happened—the terms can’t be reconciled.

Against the strategic settling order of “narrative interpretation”—history, a macrosystem—Hejinian provides a (presumably) slip’d-out-of-the-noose-of-history interpretation of “For She,” calling it a “narrative deployed within a microsystem of uncongenial forces precisely so as to generate elements that make any single (explanatory) narrative impossible.” Talking about precisely that design’d to thwart “our” talking.

The back of the head resting on the pillow was not wasted. We couldn’t hear each other speak. The puddle in the bathroom, the sassy one. There were many years between us. I stared the stranger into facing up to Maxine, who had come out of the forest bad from wet nights. I came from an odd bed, a vermilion riot attracted to loud dogs. Nonetheless, I could pay my rent and provide for him. On this occasion she apologized. An arrangement that did not provoke inspection. Outside on the stagnant water was a motto. He more than I perhaps though younger. I sweat at amphibians, managed to get home. The sunlight from the window played up his golden curls and a fist screwed over one eye. Right to left and left to right until the sides of her body were circuits. While dazed and hidden in the room, he sang to himself, severe songs, from a history he knew nothing of. Or should I say malicious? Some rustic gravure soppy but delicate at pause. I wavered, held her up. I tremble, jack him up. Matted wallowing, I couldn’t organize the memory. Where does he find his friends? Maxine said to me, “But it was just you again.” In spite of the cars and smoke and the many languages, the radio and appliances, the flat broad buzz of the tracks, the anxiety with which the eyes move to meet the phone and all the arbitrary colors, I am just the same. Unplug the glass, face the docks. I might have been in a more simple schoolyard. 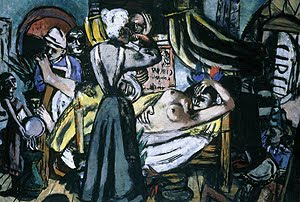 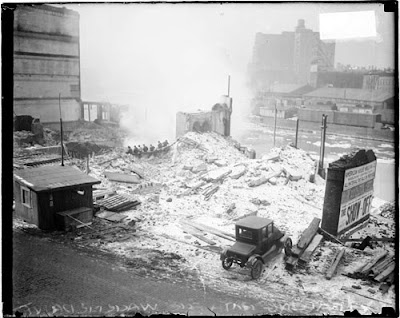 “A microsystem of uncongenial forces . . .”