CCCII
V—,
Obligatory braggadocio: I just
finish’d off the varnishing
of the boat. Feckless
social below-the-dam
putterings next, no? I
got made a standard
“card” and sent it
to all and sundry,
rec’d the sour reply
instantaneous of Mrs. Neighbour,
the bitty one with
the Pekinese. Verfremdungseffekt hoedown,
is what I say.
I am certain I
read Mrs. W’s Last
Sandwich amidst haptic distracting
bouts, drawer-rummagings, &c.
Leaving me unprepared for
the roadster-thralldom of
Scream in a Cave,
though it mollify many
an impotent with its
poor-thing chirping, its
“my métier, my monkey
wrench” code-switching and
futz’d bravado. Remind me
to tell you about
Slurp the mechanic next.
If one’s looking for
what’s uncanny within the
banal, I suspect jargon
is where to begin.
Primitivism-versus-uplift scenarios,
try to render something
like that intelligible. The
only person I know
who land’d a job
in the recent round:
a Romantic almanac maniac.
J—

78s had a playing time of about three minutes per side (as did the later 45s). Unlike the extended choruses permitted by live performance, the technical limitations of the medium imposed a strict economy of statement on soloists. Where classical music required multiple discs to present a complete work (whence record “albums”), musicians in other genres were expected to work within the medium’s constraints—and often did so to brilliant effect. Such recordings were object lessons in brevity, a value that continues to inform my poetry.

That—in miniature—is exemplary of Pearson’s method in the supply’d “etude”—what he calls it—the second half of “Some Intermittent Music” (of #7). Lengthy, encyclopedic explainings of (mostly) obvious truck—see the nearly four pages detailing language acquisition, fetus to toddler (“In its nineteenth week, a human fetus can hear its mother’s heartbeat”), with a tenuous Pearson connect somewhere trailing in the aftermath. One marvels at the apparent lack of editorial intrusion on the part of the gross lot of other Pianists (didn’t the squibs get swap’d around for comment? isn’t it permissible, intra-gang, to say, “Ted, you’re talking down to the reader here”?). One wonders, too, who Pearson thinks the Grand Piano audience is? (One apparently accustom’d to a disconcerting mix of sentence-registers (and I ain’t talking about New Sentence shenanigans): “Semantic development is essential to socialization” nigh-abutting (regarding the “lyric”): “Further, as I argue in Grand Piano 7, its method is not inherently restricted to the representation of lyric subjectivity; it is equally apt to address subjectivation, in which claims for an originary, much less permanent self are revealed as the narcissistic residue of the ideal ego.”)

Pearson’s argument (“simply intuition”) is to “suspect” that “even in early childhood, writers exhibit a ‘set’ toward either aural or visual phenomena.” “Such predispositions are surely overdetermined, but may contribute to a subsequent emphasis on sound or image.” (Pearson begins by relating Pound’s melopoeia, phanopoeia, and logopoeia to “Aristotle’s discussion of melos, opsis, and lexis” and makes the statement that “For melos, opsis, and lexis I read “phoneme,” “grapheme,” and “morpheme,” which, in concert with syntax, determine “the minute organization of the words and their relationships.” (The quote is Williams). Something to pursue, though Pearson simply drops it. One is left to picture to oneself the writing laboratory wherein Pearson works with such infinitesimal delicacy.) The story Pearson tells is, again, “My Years in Music.” It begins “My earliest memories are distinctly auditory” and ends roughly twenty years later with “Thales” (1968), a one-hour long Pearson composition / recording of “water-related sounds . . . domestic, industrial, and natural” sampled and sequenced, and perform’d “at the Manhattan Playhouse in East Palo Alto”: “The first performance featured solo tape; the second, a duo with alto sax; and the third, tape and string quartet.” Oddly, no report of audience response, composer’s response, no report at all. Twenty years of musical trajectory culminating in a sentence. Next paragraph please:

Soon after I was done with “Thales,” I sensed that my involvement in music was also done. This realization, hardly an epiphany, reflected my growing interest in semantics and poetic discourse, features singularly absent from music as I hear it . . .

There’s that bell out of O’Hara’s “For the Chinese New Year & For Bill Berkson” going off again: “I wonder if I’ve really scrutinized this experience like / you’re supposed to have if you can type . . .” I suspect Pearson’s being “done” with music of being somewhat more complex (O’Hara: “I have often tried to say goodbye to strange fantoms I / read about in the newspaper and have always succeeded / though the ones at ‘home’ are dependent . . .”) The Grand Piano booklets, though, hardly shrive to introspection and regret; the manner is (mostly) too temper’d by the whatnot of “famous long ago” celeb sightings (and rub off) for that. So one learns that Henry Cowell’d been a childhood friend of Pearson’s “great-aunt Margaret,” or that the sixteen-year-old Pearson “briefly studied” with Lee Konitz after encountering him (with bassist Peter Ind) in an adjoining practice room (“each note was being weighed on the spot, albeit at the speed of sound”). Or that saxophonist Paul Desmond, “met . . . through a mutual acquaintance earlier in 1963,” a year later “kindly recalled our first meeting—‘You’re into poetry, right?’—and handed me a copy of Creeley’s For Love.” A lot of that kind of thing, particularly amongst the boys. Portents of what exactly? Boosting whom? 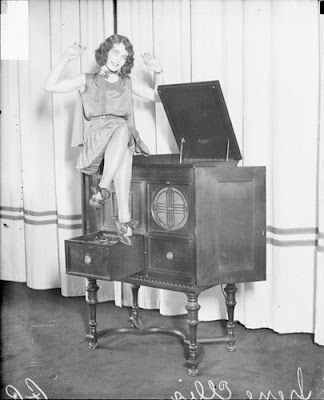 “My earliest memories are distinctly auditory . . .”

Richard Owens is working through the debris—there’s a considerable heap of it—of the wholly populist (and anonymous) balladeers (something Bob Dylan, too—for one obvious example—’s been doing for a number of decades). To the debris—the form—all re-engaged form is debris—Owens adds contemporary markers, political and rough. Owens did up a fine broadside graced with a claret / blood-color’d cut of Clint Eastwood in one of the Sergio Leone numbers print’d athwart a ghostly Civil War-era engraving of Lincoln clenching a flag, surround’d by Union soldiers, and call’d it “Two Ballads.” Here’s one:

marked from above
burly spear & brand

diminutive—dull thud
do not remove the rubble

parse out a passive voice
in the present perfect

cut them down to size
pay them back in kind

with tools & tackles
furiouslye laid out

forth from our cell
for pity is not common

out of the compound
cocked & leveled

blind agency but could
turn into the yard

underpinning all of it
swallow to bleed

in an angrye mood
a small walled village

Balladeering as a form of community-making, or communally-made lament for community: Owens’s seem a matter of reassembling pieces, somber, sobering, post-glorioso warnings to the polis. 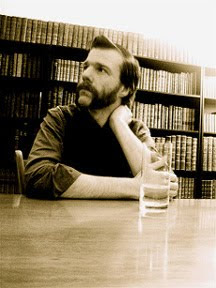