Under a City Tree

CCLXXIV
Under the skirt-turn’d
satchel spill’d out paperbacks
a “scabrous” new moon
like a roundhouse right.

Tout’d that fowling piece’s
affinity for dodgy blunder
poach’d brook trout out
of the pothole lakes.

Early Orionid? Out in the frigid morning with the dog, tilt’d the opticks up to catch a long slash of a meteor streaking east “out of” Orion. The marvelous spooky thing is how noiselessly it scoots. Orionids peak in about three weeks. Isolato, burning.

I am come to the meeting with nothing in my fists, dilatory, spectry, jamming. The kind of thing what haps when, hare-brain’d to begin with, one proceeds to read six different books in a jumble. In 1949 Harold Rosenberg is found arguing (behalf of a group of Abstract Expressionists, Hans Hofmann included, exhibiting under the monicker of “The Intrasubjectives,” oof) that the painter of the day draws down inspiratory nourishment out of “something he hasn’t seen yet.” I love that tiny “yet.” (“Intrasubjectivism,” post-Bolaño, sounds like a novelist’s invention.) And, thinking of Bolaño’s own “infrarealismo” with its call for “Tenderness like an exercise in speed. Breath and heat. Experience at full tilt, self-consuming structures, stark raving contradictions”—manifesto-writing the floodgate of simply being young—I “turn to” Alvin Levin’s Love Is Like Park Avenue (New Directions, 2009), lines out of the title sequence of fragments originally print’d in the New Directions 1942 annual where the “about fifteen” year old John Ashbery read it (“In fact I was looking not just for modernist writing but sexy writing as well, having already looked into Henry Miller and ignored critical warnings against combing Ulysses for the ‘naughty bits.’ Levin’s narrative provided plenty of those, in graphic accounts of steamy sexual encounters that used such hitherto unprintable words as hardon, cocksucker, frenching and come . . . in breathless run-on sentences that suggested its author too had read Molly Bloom’s soliloquy”), and never forgot it:

She had a cute little mouth, like a doll’s, with a soft dark mustache hanging over it. Like a mane. It was disconcerting until you got used to it, and even then it was a hell of an idea whoever was responsible for it. Like the white snow, smelting into slush and garbage. You’d think somebody would look into it and do something about it, like fixing the leak in the roof. The best you could hope for was a scissors first and that a little razor in a fit of desperation and hope one night when the hairs were stronger and longer and frightening. Go patch the roof with newspaper. Better in theory to leave it drip all winter, but can you convince the tenant of that? Who ever heard of suing the landlord or the engineers or the Building Department or tearing the dump down altogether? So go make a crazyquilt on the roof and talk about the lousy housing they got in Russia, a father does in a kid of his so the family got enough room to lay down and get a little sleep once every sixth day, Its going to be a long winter, and the English are going to fight to the last Fenchman.

Entirely strange, some apparently intentional solecisms “left in.” Is it merely the “Russia” there that recalls some of the spinning nigh haywire anecdotes in Gogol? Or Yuri Olesha’s dreamy narrators routinely othering the “real.” (Levin’s got a story call’d “Only Dreams Are True.”)

Serendipity and coupling. Roberto Calasso (in The Forty-nine Steps), regarding “The Siren Adorno”:

America, 1944: a place of easy hallucinations, especially for German-speaking refugee intellectuals, who were reduced to the role of “petitioners in mutual competition.” At the same time, they were exposed to their first, brutal contact with pure industrial society, often shuddering and retreating in the face of the “mechanization of the spirit.” There were several suicides in those years, and there was desolate solitude in small apartments in New York and Los Angeles. . . . From this humiliating condition, Theodor W. Adorno was able to draw valuable material for his greatest book: Minima Moralia. And his moment of maximum creative strength coincided with his situation of maximum helplessness: An unknown intellectual, desperately melancholy but at the same time highly curious about everything, . . . he assumed the guise of an empirical sociologist in an effort to be of use and offer some concrete research . . .
But the true concreteness lay precisely in his troubled and shifting gaze as it rested on the looming objects in the New World, on scraps of sentences from newspapers, on the professional smiles of his colleagues, on the fortified cottages of horrible, happy families . . . Adorno revived an aphoristic form . . . and now put it to a different use, allowing him to plunge decisively into the private life of the society around him: a life of trivia that emerged already televised and that no philosopher had hitherto thought worthy of consideration.

Is the connect (I am making) simply one of “era” and purview? Adorno’s gaze encompassing what Levin’s fictions keep anxiously (and humorously) deflecting. In the 1940 sketch “I Bet You Think Life Is a Merry-Go-Round,” Levin writes:

A few drinks down my girlish throat and I am very popular. That’s the way I feel right now. I don’t feel sad any longer and everything takes on the glow of the Good Life. It’s not the ideal existence for an intellect, like an intellectual. See, I’m not an intellectual any more sitting here with a shine in my moiling sides. Not like that intellect of a professor at college. Her story was that she lived her life by Shakespeare. I was the kind of a fan too but I was always suspicious of William’s verities, and anyway Norma Shearer as Juliet finished my affinity with the Bard of the Avon.

What sort of condition must the ruling consciousness have achieved, when the binding proclamation of extravagance and champagne-inebriation, formerly reserved for attachés in Hungarian operettas, is raised to a maxim of the right life in brute earnest. Decreed happiness looks exactly like what its name suggests: to partake of it, the fortunate neurotic must also sacrifice the last bit of reason left remaining by repression and regression, and . . . has no choice but to find inspiration in the trashy film, the expensive but bad meal at the French restaurant, the serious “drink” [in English in original] and sexuality reduced to doses of “sex” [in English in original].

That mediated (literally, that is, via the media) happiness, a punitive happiness, is what’s “finished my affinity” with the century. Make me joyous at that unrepeatable shooting in the heavens. 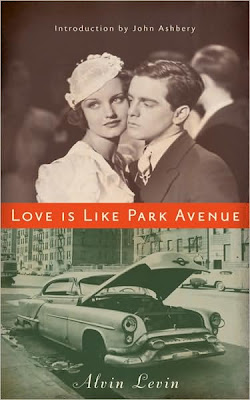 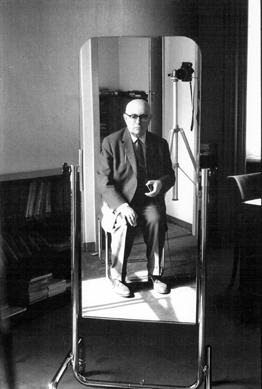