CCLXXXVII
G—,
Mid-stride a dallying
walk, I am stuck
by a premonitory jitter:
what if my quotidian
itch unceasing is the
engine of my self-
deceit? I continue wildly
eliding the days, I
scratch at the assy
eruptings of the plump
and beastly now, sundering
it into manageable pieces.
(Ass, dogging pieces of.)
Curtailings. Roots (pronounced ruts).
Heraclitus says breathing is
a kind of root
pulling up the world-
fiery divinity of logos,
barely maintain’d in sleep,
a tenuous connect, a
thin blue filament knot’d
with a worry of
perceivings. Who is it
says every sentence runs
out into expiry, asserting
its own sudden mimickry
with no cautionary vendible
date stamp’d, the sentence
“firme et proportionaliter iuncta”
to the world it
rubs against for gain?
I don’t know either.
Not knowing is no
temerity, I rake my
hand up through unruly
hair and think of
my ungirt’d and untenable
conjuncts, bullying the word
into some fix’d momentary
occasion. Tea and bibs.
Weeding the sheep sorrel.
Chopping chives, sautéing liver.
Aloof and cranky protocols
of “verbo” butt’d up
into “sermo” whilst hellishly
the vernal world churns.
J—

Different routes to the ocean. Big as it is, you might think you could meander in any direction and be standing there, the sublime horizontal communicating icy thrills direct to feet and legs, but no.

But no. No ocean. Inland chaos of arbitrary routes the other way, all of them long it turns out. “You can’t remember this stuff,” sage advice or R. Crumb on film (Crumb) getting driven around photographing one densely anonymous gas-station-infested corner after another . . .

Which beginning registers as a breezy squib of post-genre fishing with hints of Spicer’s white and aimlessly signaling ocean providing a barely perceptible backbeat: “This ocean, humiliating in its disguises / Tougher than anything. / No one listens to poetry. The ocean / Does not mean to be listened to.” One might replace—in Perelman’s case—“listens to” with “remembers”: “You can’t remember this stuff” is consistently Perelman’s own complaint in the booklets. (Indeed, he ends here with a nod: “[—memory supplied in many cases by Francie Shaw].”)

“But I never owned a camera.” Perelman—running with what’d seem the “theme” of #8—mashes up a visit (or two? or several?) to “The Giant Camera behind the Cliff House” (a large-scale “walk-in” camera obscura built in San Francisco in 1946). Camera obscura, literally “dark room,” a box wherein entering light is focus’d and project’d against a parabolic surface, making the outer surroundings visible (though upside down). Perelman, rather breathlessly, sees therein a “dish of concentrated color, not a painting, a photograph , or film, but a picture, alive, with the motion not immediately apparent, because often it was only tiny bits of the picture that might be moving, when I could make myself recognize that it wasn’t some very accurate floor painting of the oceans I was seeing, but a concentration of what was actually visible outside, the same light, same proportions, the exact colors, more exact in being concentrated.” Extemporaneous riffing is what “we” do when “the exact colors” of memory fail. And Perelman does it with a likable lightness: considering the way “Ibn al-Haytham (Alhazen, 965-1049 C. E.)” clarify’d the gizmo’s principles whilst admitting “Et nos non inventimus ita, ‘we did not invent this.’” Which bumps Perelman into a Williamsesque cautionary that rather renders the whole heroic canonical ambitions of The Grand Piano’s “bad history” a little moot:

No literary lawyer will be able, my townspeople
to pin down the invention of any of the techniques
in a fully final manner
At best, a harmless hobby
Name and place, initial publication
The very paper
This living hand, typing these very words. See, I

And of course it breaks off there. The difference between the “seeing I” and the “seeing eye” is routinely claim’d and incommensurable: it’s all light (and lightness). New paragraph to Perelman’s ditty:

and if light is substance in any sense then it’s the same substance touching both inside and outside with the same shapes at the same time. Object and subject, ménage à deux. Art, inexhaustibly fresh but full of the slowest transitions: after all, no one invented the eye.

Light, too, “humiliating in its disguises.” And, like writing, “Tougher than anything.” (“Tougher” doing its own dual ménage à deux duty.)

The second half of Perelman’s piece concerns itself largely with “Before Water” (which “survives variously: as a poem in 7 Works, then in a shorter version in Ten to One, then a still shorter version Francie used as one element in her ten 96 x 36” panel piece at her 2004 show at A.I.R. gallery in New York”), one of “a pair of collaborative pieces” perform’d with Francie Shaw at 80 Langton Street in 1977 (Regarding the other piece, a lovely self-puncturing deflate-note at the end: “What was the name of the first piece we did? As if that would be anything.”) “Before Water”: film’d waves project’d at a long roll of prepared paper (“some light washes of blue and green and some wave lines”) pull’d down and work’d by Shaw whilst Perelman read (“At times she would have me pause the projector while she traced the wave lines in the now-stilled movie with a thick ink brush. (I never paused the reading.) Other times she would draw as the wave kept moving.”) All rather of the moment, that robust foolishness “happening” un peu partout in the gallery “scenes.” What I find excellent though—largely for its humor and inevitability—is Perelman’s stated “concept” for the written part of the piece:

The formal constraint for me became to say the same thing (more or less ) (variety a minor condition) forever.

That’s as wonderfully succinct (and right) as Robin Blaser’s “The whole thing: just trying to be at home. That’s the plot.” (A line Kate Greenstreet dubbed “Every Other Day” with.) And result’d in:

The clear completed sentence the world is blue
Sense leans nearer over sentence noise
Forethought comes to the edge and spills
This time it’s water that’s complete
A loop makes no noise of the completed edge
Water makes blue makes white
I made each time line up in order . . .

As Perelman says, “The simple and preposterous koan . . . to imitate the ocean, simultaneously taxed my invention and dismissed it.” Ah, for any self-immolating constraint! I suppose, being a sucker for variants within series, Perelman’s exercise (and result) is “simply” “appealing.” I like to think of the two ends of the “barely variant”—a continuum with one “end” occupy’d by niggles of difference (a single letter changed), the other by niggles of similarity (only a single letter unchanged). In the midriff one posits the jokes. Here’s one out of Markson’s Springer’s Progress. Here’s Lippman Pike, presumed versifier, accosting Lucien Springer in the bar:

“Hey, Loosh, how long since you read Joyce? You hear what the newly amputated chef told Stephen’s friend he was serving on the fancy silver platter?”
“Huh?”
“Plately stump, Buck Mulligan?”

Bar conversation edifying, likewise. Town called Murcie in Queensland, learns, exotic potion habitually brewed from the koala. Imbibe it rank with surfacing bones and hair however.
Say that again?
Koala tea of Murcie is not strained. 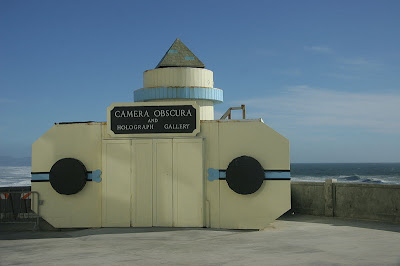 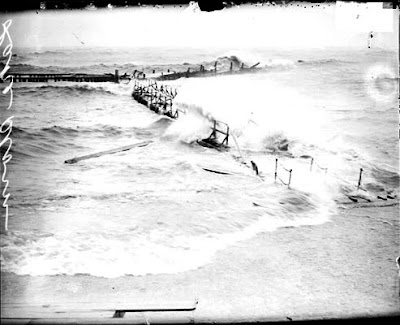