A jig for connivance
a long-finger’d fig
tree surround’d by storms
of yellow jacket industry.

Leech of the desert
vestigial suck of ornery
sun a water-soak’d
kaffiyeh against bursting lachrymogens.

Mercurial terrains with cattle
egrets and junk’d up
waterways a Maytag a
Fender amp jellyfish rubbers.

Rae Armantrout’s succinct investigation of the lyric—in a supposed attempt to assess her own commitment (or its lack) to the form (one senses a merely polite interest in the subject, she’d rather be arranging and rearranging tiny strings of verbiage, invent’d and found)—adds little to what there is to say about the lyric, though it contains some lovely analogies. Armantrout’s starting point (“Four characteristics . . . commonly associated with the lyric poem”):

1) The lyric is a relatively short, stand-alone poem. 2) The lyric (from lyre) is a poem in which the sound of the language plays a very important role. 3) A lyric poem constructs a speaker, an “I,” who may be imagined as speaking to a singular “you.” 4) The lyric catches a timeless moment; it attempts to stop time.

Reading that—on the heels of Hejinian’s time-temper’d big miasma leaning readings of Harryman, one’s likely to argue that it is not the “problem of the subjective ‘I’” that makes the lyric (and the lyricist) suspect in late twentieth-century (and continuing) art-histrionics: it is the lyric’s failure to encompass, or enact, or indict beastly duplicitous (multiplicitous) time. Who’d shill for the stop’d moment of evanescent timelessness today (even O’Hara’s 1959 “stopped breathing” only arrived “after practically going to sleep with quandariness”) in the holy modality of constant contingency and barking “devices” that impinge and overlap and plot every moment’s interlocking Venn diagram of demand? Simultaneity city breakdown with a clatter of banjo dubbed in over the monkey-chant: to “unpack” a mewing in the rain is a lie. (Though what isn’t?)

Lovely is Armantrout’s thinking about the lyric as a liminal symptom, entity and process. She quotes the initial two lines of “Natural History” (1979): “Discomfort marks the boundary. // One early symptom was the boundary.” And quotes one biologist’s “theory of the origin of the cell, one in which the development of an enclosed metabolism precedes replication”—meaning, a self-sustaining “world,” feedback in the crosshairs, non-participatory in the surrounding “medium,” spontaneous, a true isolato. Armantrout’s biologist (Harold Morowitz, quoted in George Johnson’s Fire in the Mind: Science, Faith, and the Search for Order):

Long before the emergence of enzymes or nucleic acids, there were empty shells, vesicles made of fatty molecules called lipids that provide a haven in which metabolism later evolved. Such vesicles arise spontaneously.

The separation of these pockets from the surrounding medium is provisional at first, but becomes self-reinforcing. We could see this as an analogue for “lyric” poem—a clearly yet arbitrarily finite entity within which a feedback loop of sonic resonances, echoes, familiarities, and meanings evolves. Clearly it will be fragile, doubtful. For me, that is part of its appeal.

Which depicts rather accurately the particular lyric Armantrout herself’s evolved, and its fragility, and its enormous appeal.

A quibble: discussing a recent poem call’d “Answer,” Armantrout claims its beginning (“a moment of stillness / demanding an answer // When does a moment end?”) “questions its own form” (maybe) and that “in that” (questioning) “it has a place within the project of Language writing.” Which would seem to muster up a ton of postmodernist precursor Heckle & Jeckles, Laurence Sterne’s The Life and Opinions of Tristram Shandy, Gentlemanprominent amongst, to say nothing of the recenter tidings of postmodern magpies partout partout. A self-interrogating text doth not a “Language writing” make. 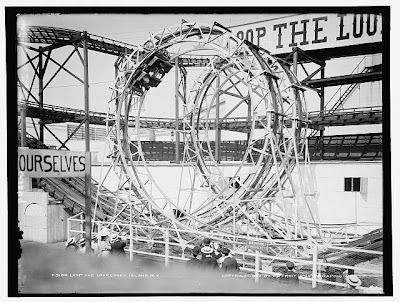 Ray DiPalma kindly sent me a couple issues of Tolling Elves, an impeccably-made one writer / one artist monthly that Thomas Evans put together for a couple of years (I think it’s defunct now). Two pages stapled and fold’d and slipped into a glassine envelope, the sort of thing lepidopterists use for collecting field specimens in, or philatelists stamps. Here, out of Tolling Elves 28, one of “Two Letters” by Merrill Gilfillan (DiPalma supply’d the art—a collage of biplanes, numerical writing systems, interlocking geometric puzzle, an ink-bloat’d postmark, peter stuyvesant bent in a half-circle, detritus sapped of its quotidiana, re-used, re-vivify’d):

Allô-Allô:
I was happy to hear
your good news, sorry to hear
your bad.
You know
the old schoolboy prank
of staring fixedly into the sky
to get passersby to do the same—
X’s poems often seem to work
like that.
We are back
from the coast and the ocean
fortnight. Orcas were dancing,
murrelets were diving, surfers
were lining the beach. I was taken
with the small, rough windbreak huts
the latter build of various driftwoods
at the dry edge of the strand.
But we saw just a single man
catch a wave the entire time.
The rest stood around, boards
under arms, with wet suits
and codpieces on.

I have found a tough queso
for summer (not, of course, the one
in the haiku of ’92:
A new cheese—
“Death Squad Began
as Scout Troop”),
but a Oaxacan concoction
called Campesino, a blond
braided knot the size of an onion
you can toss around on the lawn
between meals if you want.
I like its indestructibility
as much as its taste,
which is nil. It travels
well.

Meanwhile, Farouk
is in Croatia,
I’ve been rereading
on the Ganges: “Any confluence
of streams a sacred place.”

When the heat breaks
I’m going up to see the North Platte
yet again, crest that hill
to find that magnanimous valley
down from Oshkosh, maybe even
strike up a rune . . .

The bluffs mint green last week
now a dromedary brown.
It’s the dragonfly hour, they hang
in fey formation up and down
the canyons west of town.

I will send you a couplet soon
(but not that high-strung one
from ’03:
Shall we call thee fleur de lys?
Killed and ate police dogs Hamburg Tennessee).

Limburger on toast,
a wad of chives.

Terrific in its offhand variances, its obvious pleasure in exchange. A lyric vesicle capable of containing anything and everything. (Gilfillan’s strikes a note of balance: the “Oaxacan concoction” repeat’d for the joy in its sounding; the two jokey poems—“haiku” and “high-strung,” one for each pan of the scale.) 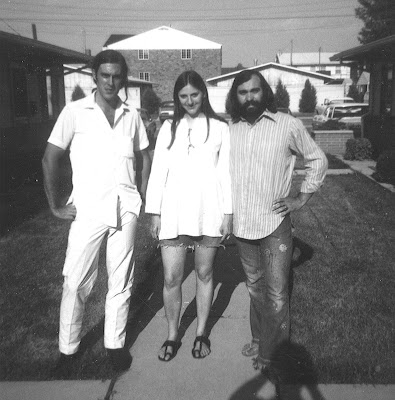