Detail of a Painting

CCLXXXV
E—,
Against the unworldly torrential
constant exchange of goods,
the mechanickal brute circus
of reify’d gain depict’d
by the monstrous, bigger
and bigger volumetrics, charts
and graphs, I put
my human paw, scrawling
out niggardly words execrable,
a brief insouciant mess
of a memo to
defer the stock catastrophic
importunings, the dud complaint
compliant. The citizenry stops,
squats to admire a
pair of dapper greyhounds
the color of mildew,
or to skim placards
selling condominiums, registering one
pro, subtract’d by one
con. The sun lurches
down yellow to line
nobody’s pocket, lights up
a speed hump, gain-
recklessly squirts off-shore,
its deposit untax’d. Exert
and exult’s the motto
today, with no impertinent
lolling drollery allow’d, no
bestial unfocus’d spunk-collapse,
no slack-jaw’d superintendent-
of-the-clouds full-
stop idiocy, my decoy.
J—

Weekend of negligibles record’d in a fist-sized notebook, between trajectories. The gauge of my train getting ever narrower. No more broad-shoulder’d sweeping into rooms of my regrets. As tiny Alexander Pope’d agree, my newest crutch is the aposiopesis “an excellent figure for the ignorant, as ‘what shall I say?’ when one has nothing to say, or ‘I can no more,’ when one really can no more . . .” “That’s just not cricket!” 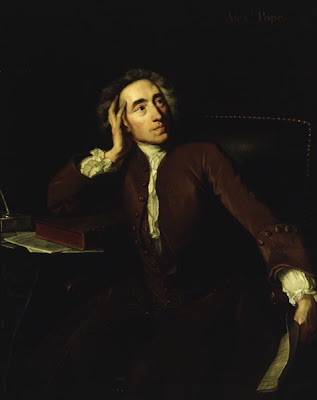 Out of Carmina Archilochi: The Fragments of Archilochos, translated out of the Greek by Guy Davenport (University of California Press, 1964):

4
This island,
garlanded with wild woods,
Lies in the sea
like the backbone of an ass.

[With the note: “The island is Thasos, where Archilochos’ father founded a settlement.”]

5
Listen to me cuss.

6
Pallas Athena and our strong arms,
That victory. From hill to hill in retreat
We walked backward under their javelins
Until we reached the rampart of stones
She, Zeus’ daughter, led us toward.
We attacked later, chanting hymns
Of Mytilenian Apollo, while they,
Keeping their courage with harp and song
Fell back to their hill, withered by arrows.
We crossed a harvest of our dead.

8
What hair styles among
All this jackass backsided
Sabazian pederasty.

[“Three discrete fragments joined this way on the evidence of an underground temple to Cotytto frequented by Sabazian homosexuals. Archilochos’ acid remarks about hair-styles turn up in several other fragments.”]

9
With ankles that fat
It must be a girl.

Davenport calls Archilochos “the second poet of the West,” and Hugh Kenner, in the “Foreword” lends credence to the extent of Davenport’s brash ex nihilo achievement:

The Iliad of Homer, done into English verse (1715-1720) by Alexander Pope, may be said to depend, as a condition of its very existence, not only on Homer’s text but on his substantial reputation. The mind of Pope’s reader contains that reputation as surely as it contains the meaning of the word “elephant.” The reputation, indeed, is one of Pope’s balancing forces; it is entertaining to consider how strange a poem the English Iliad would seem had there been no Homer and had Mr. Pope, in eighteenth-century England, simply made it all up. Classical renderings are normally sheltered in this way; from the least deft translator of Homer or Aeschylus we will accept a rather large proportion of inelegance, in concession, we suppose, to the obduracies of his great original.
Mr. Davenport’s work occupies a more exposed position, not incorporating the prestige of a literary monument. When sixteen of his fragments appeared in Poetry early in 1963, it was widely supposed that “Archilochos” was the invention of a new and ingenious American poet, a natural mistake in view of his exclusion from the Swinburnian Greece with which nonspecialists are still presented. This misunderstanding emphasizes the curious ability of these fragments to survive on their own, as poems in the American idiom, and suggests a good way to start reading them. Viewed in this context they are persuasively domestic, though they incorporate to be sure with magpie voracity some outlandish proper names and imply a military caste that fights with spears. This is, as the reader prefers, excellent fooling, or else a native poetic strategy: one recalls the “angwan-tíbo, potto, or loris” embedded in the poem by Marianne Moore which commences in the idiom of a Bell Telephone Company leaflet, or the resonant names of sages tessellated by Pound into Yankee homiletics. The arts in America have for fifty years been treating heterogeneous detail as “found objects.”

209
A hummock
Of a bulge
At the crotch,
That diner
On eyeless eels.

[“The grotesque satire, obviously sexual, in these two fragments has generated some curious explanations. All that’s certain is that the meaning is obscene.”]

218
Fight!
I want a fight
With you
As a thirsty man
Wants water.

286
Well, my
Prong’s unreliable,
And has just about
Stood his last.

287
When you upbraid me
For my poems,
Catch a cricket
By the wings,
And shout at him
For chirping.

[“Colophon. ‘You have taken a cricket by the wing,’ says the Greek, but Lucian in The Liar makes the context clear.”] 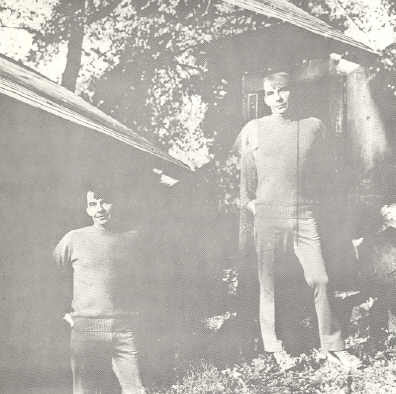