Flaubert, rather impertinently, in The Dictionary of Accepted Ideas, says of “device”— “Obscene word.” Which is what one inevitably begins to sense within a few days of pursuing one, formal or not. Unhappily, the bear of Croisset (“Flaubert. Never speak of him without resorting to epithet. Be sure to relate how he shout’d each sentence aloud.”) provides no entry for “syntax.” Alphabetically nearest is “Syphilis. Everybody has it, more or less.” Which serves just as well. (Other words label’d obscene by Flaubert: “enjoy” and “introduction.”)

Shot to Chicago and back in my usual mayhem. Toll is on the refulgency of reading, the big lustres of dalliance and nap. I clunk out, I bong. I dawdled a little (again) in Alvin Levin’s Love Is Like Park Avenue. Interspersed chronologically amongst the prose pieces (edit’d and collect’d by biographer of Weldon Kees James Reidel, who writes an excellent introduction) one finds some of Levin’s letters (mostly to James Laughlin who encouraged him and included him in two New Directions annuals. The letters fresh as the prose:

Its great getting a letter from you. Im a sucker for the postman anyway. I don’t get much mail, except offers to have the summer rugs cleaned before laying. I once was very lonely and answered a personal note in the Saturday Review of Literature, and even though I don’t feel so bad about being lonely I cant get out of the correspondence. Shes 36, divorced, lives in Chimney Rock, North Carolina and makes rugs and baskets for tourists on their way south. She has a beautiful body, red hair and a stubborn head, thinks Thomas Wolfe and Erskine Caldwell should be ashamed of themselves and William Faulkner should be lynched. She had me get her Bercovici’s Tour around New York City because the metropolis “fascinates” her and when I told her the WPA guide was much better (I didn’t think so) than Bercovici’s sappy travelogue she told me I must be a radical because I could say the WPA did anything good. She said Roosevelt wastes our money building houses for the poor whites because they can ruin a house quicker than a nigger can. She says her husband drank too much and lied too much and one day he drank too much and lied too much so she took the key, put the dog in the back of the car and drove away. Then there is a wonderful girl out in Lake Quivira, Kansas, who read a short piece of mine in the University Review a few months ago and had to write and tell me what a masterpiece it was. She is very sad and brilliant and it makes her suffer a lot. I didnt want her to tell details about herself because I liked her so much and I felt that you only want to know things about people you dislike and the more you dislike them the more you want to know about them, sort of spite (and if you hate people in a mass you want to be a sociologist about it and that makes you want to be a writer), and if you like them you want to live in a suspension about them and be able to dream how they are; but this Harriett started asking questions and before I could stop her she told me she was 29, plays piano and is a member of the Kansas bar, though she practices neither, has a father who is a college professor and a mother who was a D.A.R. (but it didn’t take on Harriett) and a handsome brother. She is a lightweight except when she drinks beer. She offers to build me a tree house on the estate and bring apples, ale and cheese, and I tell you she is quite wonderful, like Ella Fitzgerald riding on down. That is about as far as my correspondence goes. . . .

One result of thinking about Levin (and reading Reidel’s introduction): a sense of a lost history of little magazines. Reidel mentions how Levin “placed a story in Lillian Smith’s North Georgia Review and with a new avant-garde press in Cincinnati, Ohio, The Little Man,” suggesting that “Levin probably learned about The Little Man in advertisements that appeared in the back pages of the New Directions anthologies and he probably saw its quirky little pamphlets in the Gotham Book Mart.” And, too, mentions how “Between 1936 and 1939, Levin was good enough to get into little magazines such as Tempo, Literary America, American Scene, Parchment—the kind typically edited by students like himself . . .” and parenthetically remarks in “A Note on the Text” that “Other fugitive stories may turn up as more library holdings are digitalized and obscure little magazines come to light.” (I recall a period in the early ’eighties of doing footwork in Cornell’s library for works by Roy Marz for a 1982 book call’d The Island-Maker that Ithaca House did. Roy Marz publish’d nearly forty poems in Poetry in the ’fifties, and scads in other, smaller magazines: that story of how insular and self-contain’d the poetry world prior to one’s own “era” I question.) Recovery work period anon. 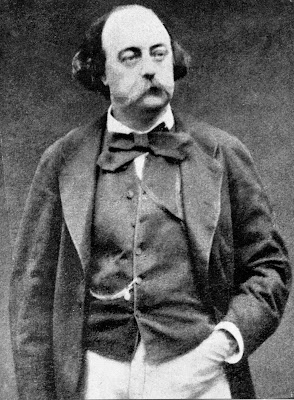