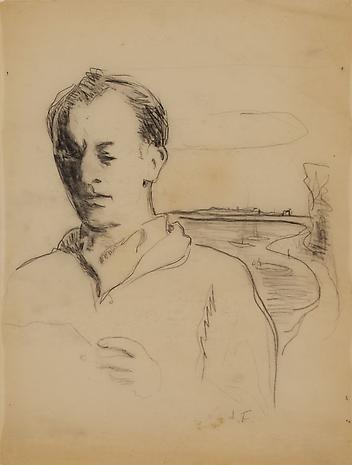 Larry Fagin—surely one of poetry’s premiere worker-angels, largely unsung of late in the batty clamor of the temporary contemporary, that narrow of narrows—U. S. mail’d me a copy of what looks to be the final number (#10) of the redoubtable magazine Sal Mimeo, its final side-stapled 8½ x 11 sheet offering the blunt particulars: Sal Mimeo / 1999-2013. With contributors Edwin Denby (a 1943 Modern Music- printed essay called “About Words for Singing”), Bernadette Mayer (“yes it’s your eighth thought out / Of an infinity of utopian giggles humming / In the background of the empire city . . .”), Emily Greenley, Charles North (“No / profile in peril, only occasionally the confusing view above the East River, / lurching but undeniably smitten . . .”), Jim Brodey (“to suit / The whims of a self-satisfied community / Of posthumous snobs & plain ole zombies // Not good enough to lick my stanzas . . .”), Clark Coolidge (“I’d need a new bra for that sort of scene . . .”), Joanne Kyger, John Godfrey, Jean Day (“The roughneck likewise / sniffs up his sleeve / at monsieur le docteur Ralph / out for an optimistic stroll / and a gull gulls Gogo to go fight / Estragon’s battles / royal . . .”), and Joseph Ceravolo (reprinting eleven poems Fagin originally printed in the initial Adventures in Poetry in 1968, pieces that “remain uncollected”—unincluded in the big 2012 Collected Poems).

What I read with no little alacrity and delight: Bill Berkson’s “A Frank O’Hara File”—a terrific hodge-podge of notes, letters, journal entries, &c., most of it seemingly gathered for O’Hara biographer Brad Gooch’s use. Assembling here a personal miscellany of some items thereat. Out of a listing of O’Hara recordings, an entry marked “Lost? Erased?”:

FO’H solo reading at the New School for Social Research, June 22, 1962. Introduced by Bill Berkson. Filmed in the courtyard of the school for broadcast as part of WNDT-TV (NET) “educational tv” series that included other readings that summer at the same venue by Kenneth Koch, Marianne Moore, possibly Robert Lowell. When BB started work at WNDT in 1964 he inquired about this never-broadcast recording and was told that it had not been aired because O’Hara’s voice was considered “too fruity for television,” and further that any tape not broadcast before a certain amount of time had gone by had probably been erased—the implication being that the O’Hara tape had suffered this fate. Excellent reading included “In Memory of My Feelings” and other poems.

Out of a raft of “Memory Notes”:

Frank reading Desolation Angels at Morris Golde’s Water Island beach house, liking the first half, then unable to finish the book because it was “too depressing.”

Other reading: Frank always seemed to have James Joyce’s Collected Poems lying around somewhere in his apartment, ready to be opened. Then around 1963 or so, it was D. H. Lawrence’s poetry in the 3 (4?) volume set. (He referred to Lawrence’s “Ship of Death” constantly.) Another old favorite of his was Auden’s The Orators, which he eventually read parts of at the Free University that Ed Sanders organized on the Lower East Side.

Frank’s bookshelves: Anatomy of Melancholy (2 vols.), Grandgent Divine Comedy with facing original & prose translation, Péret, Fantômas, John Wheelwright. (Those, at any rate, were the ones I used to take down & look at.) Frank used to speak of a book & then say, “Oh shit, it’s in one of those boxes in storage in Chicago—which my brother has probably thrown out!”

A moment in early 1966, when I asked Frank why he was writing so few poems: “I just don’t have any ideas.”

One thing that struck me looking at the hundreds of photographs of Frank is how glamorous he seems—still? or more as time goes by? He is in the Nijinsky-Picasso-Marilyn Monroe line of photogenic genius. Another aspect that strikes me is that everyone writing about him uses completely different words than everyone else, and all of them are true, to Frank, and to those people. Frank has his own character, and everyone else’s stands all the more revealed in relation to him.

[from a letter to Joe LeSueur] “It is time people realized that Frank, for himself, left no accounts unsettled, no appointment unkept, and therefore there is nothing they can do but celebrate what awareness they have of him—and if that, or Frank in person, put them in contact with unsettling (uneasy) parts of themselves, that is left to those people to deal with, as they are, and not Frank, not his image, not even in being caution about besmirching his image. Everyone remembers, but Frank is “not that person” and neither is he that person’s bloody conscience. He wasn’t the messiah. Maybe he was, at least for some of us, the real Peter Pan.

Frank as Peter Pan, or “childhood perfected and sustained” (Guy Davenport on Baudelaire).* [Jane Freilicher was the first to mention Frank’s “Peter Pan” aspect; she did so in connection with his presence in different artists’ studios in the early ’50s.]

Frank’s foods: pork chops (grilled) & frozen strawberries bought at the old city market on 1st Avenue. Oeufs Picabia (scrambled eggs cooked very slowly in a deep pan with scads of butter, according to the recipe in The Alice B. Toklas Cookbook). Drinks: vodka, vodka Negroni, bourbon on the rocks, no beer, red wine. Cigarettes: Camels. Drugs: not much; hashish or grass if some was around; mescaline (once); bemused by the incipient LSD / psychedelic craze. Did he ever use heroin—with Larry? I doubt it.

Out of “Notes on the Poems / 7 varieties of Frank O’Hara poems”:

Emily Dickinson’s “After great pain a formal feeling comes”: a clue to Frank’s turning to the numbers, “It is 12:20 in New York a Friday / three days after Bastille Day, yes . . .” Nothing is more formal than numbers . . .

Out of a note regarding O’Hara’s collaborations (under “Answers to Brad Gooch, September 9, 1988”):

. . . The first collaboration I ever did was with Kenward Elmslie. Frank had written poems with Kenneth, John (& of course “the French language”). Collaboration was like a commodious extension of social life for him: talking just seemed to slip toward the typewriter, as it did anyhow in writing his own solo poems. Frank probably would have continued to collaborate with his old friends if they were around—but John was in Paris & Kenneth was at home with his family. The old gang wasn’t so together around 1960: Frank could be said to have not “matured” as others had, nor had he entered into psychoanalysis. Anyhow, sometime in 1960, Frank & I were walking along 1st Avenue & noticed the funny steeples of St. Bridget’s church on Tompkins Square Park in the distance—one steeple curved limply (I think neither of them is any longer there). We were delighted by the sight, and later that day I went home & wrote a poem in outright imitation of Frank called “Hymn to St. Bridget,” which became the first St. Bridget poem. The dates are on the mss., right? I don’t remember the order in which the rest were written. Most were written at Frank’s place, some at Larry’s in Southampton, taking turns at the typewriter. (Oddly enough, I don’t think either of us ever crossed Tompkins Square Park to get a good look at the church; if we had, we would have seen that the Irish saint’s name is Brigid, not Bridget.) Then we started the “FYI” series of exchanges (see note in Collected Poems) and eventually the Fobb correspondence. We also wrote a play, starting in 1965, now lost—we got 40 pp. into it, with a cast of hundreds of historical (& other) characters. It was called The Novel. Another collaboration was with Patsy Southgate, a novel that Patsy & I tried to keep going after Frank died but couldn’t.
Frank was incredibly quick, so most of the collabs are mostly him, and mostly my parts are me being influenced by him. . . .Evergreen Review published two St. Bridget poems in 1962. Frank thought they would make a good book. He liked to compare them to Wordsworth and Coleridge’s Lyrical Ballads. Larry Fagin did the book in 1975, with a Larry Rivers drawing on the cover. You can read them as chat, and sometimes more than chat. They’re like the way we talked (including me talking like Frank) so in a way they’re preludes to “Biothem.”

De Kooning: “Art never seems to make me peaceful or pure. I always seem to be wrapped up in the melodrama of vulgarity. I do not think of inside or outside—or of art in general—as a situation of comfort. I know there is a terrific idea there somewhere, but whenever I want to get into it, I get a feeling of apathy and want to lie down and go to sleep.”
Aha! I knew that riff about “vulgarity” in T. J. Clark’s lecture on [Abstract-Expressionism] some months ago rang a bell. But the word means one thing to the Dutchman who has paid close attention to American slang and something else to an Englishman who quotes liberally not from de Kooning but from Matthew Arnold, Ruskin, and Jane Austen.
The point is very much not to go to sleep but to keep the energy in art foremost. “Vulgarity”—or is it simply the energy that comes from the vernacular of life at street level?—is a constant source, where the action is & what anybody knows, versus all kinds of cloistered assumptions . . . Oil paint, colored mud—“flesh . . . the reason oil paint was invented,” as de Kooning recalled—is vulgar. In a poem Frank O’Hara writes of “love’s life-giving vulgarity” in, I think, the same light (and elsewhere the desire for a poetry “at least as alive as the vulgar”).

Interrupting my hiatus / reprieve of (exactly) eight weeks, I think of a line out of Edmund Berrigan’s newish Can It!—how he sought therein “a place where I could store intangible information while letting myself off the hook.” (Recalling, slightly, Ashbery’s remark regarding O’Hara’s “Easter”— “whose form is that of a bag into which anything is dumped and ends up belonging there . . .”) Heeding a perceived (and longstanding) need to somehow throttle down the terminal relentlessness of the form, if not its largely involuntary commodiousness, Isola di Rifiuti hereby sees itself going “occasional”— beholden no more to the ritual abscondency of the per diem. On verra.


* Davenport, out of A Balthus Notebook: “Baudelaire saw genius as childhood sustained and perfected. There is a sense among the French that adulthood is a falling away from the intelligence of children.”