CCC
T—,
“Wrote nothing today.” Defeatism
at the Arcadia colloquy,
a fever disgorging its
heft and onslaught with
incessant turpitude and in-
direction like a tattoo’d
story stippling a calabash.
A discourse succumb’d, “bent
to content,” materiality scorn’d.
Sentimental in the moot
allegorical woods probably means
nothing in the pants.
Reading of prick’d in
stains (tincturae injuriam), scatter-
shot, constellatory, Benjamin’s “adorable
detail”: my unclean historical
skin. Or Kafka’s twentieth-
century compleynts: “1. Digestion.
2. Neurasthenia. 3. Rash.
4. Inner insecurity.” Me,
I scrub right up
unmediatedly, tuck myself determinedly
in. If the beau
geste of the ante-
chamber’s détourne’d to summary
pocketing of the foul
lucre—anticipatory to glad-
handing the snatch—that’s
hardly a crisis of
signifying, is it? Say
“I mean” and kablooey,
there it is, palpable
and red, a complete
rash abundancy of signs.
Lassitude with ydropesie—ys
vnweldy, vnlusty and slo.
“Gummed it all out.”
J— 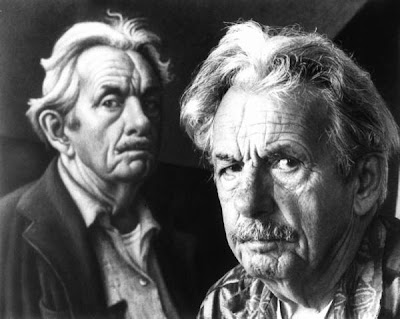 The truth is, there is no longer any linguistic space outside bourgeois ideology. Our language comes from it, returns to it, stays locked in it. The only possible riposte is neither challenge nor destruction but, simply, theft—to break up the ancient text of culture, of science, of literature, and disperse its features in unrecognizable patterns, in the say way stolen merchandise is faked.

It seemed to me that I must make a choice. Either I would paint in the realistic tradition of Western art with some kind of identification with the natural world, and thus risk being ‘unprogressive,’ or I would follow the new movements toward an unknown goal, a goal which a number of far-sighted critics were already saying might turn out to be an empty square of paint. . . . What I wanted now was to see clearly the nature of American life as it unrolled before me and to paint it without my vision being distorted by any generalities of (Marxist) social theory. The exposition of this change of mind caused my radical friends to see me with a jaundiced eye. I became for most of them a ‘reactionary’ and a ‘chauvinist,’ in addition to again being an ‘opportunist.’

Before I get started on my own stuff and forget everything else I want to tell you I think the little sketches you left around here are magnificent. Your color is rich and beautiful. You’ve the stuff old kid—all you have to do is keep it up. You ought to give some time to drawing—but I do not somehow or other feel the lack of drawing in the stuff left here. It seems to go without it.

The painting leaves the studio as a purist, abstract, non-objective object of art, returns as a record of everyday (surrealist, expressionist) experience (“chance” spots, defacements, hand-markings, accident—“happenings,” scratches), and is repainted, restored into a new painting painted in the same old way (negating the negation of art), again and again, over and over again, until it is just “right” again. (1960)

A clearly defined object, independent and separate from all other objects and circumstances, in which we cannot see whatever we choose or make of it anything we want, whose meaning is not detachable or translatable. A free, unmanipulated and unmanipulatable, useless, unmarketable, irreducible, unphotographable, unreproductible, inexplicable icon. A non-entertainment, not for commerce or mass-art publics, non-expressionist, not for oneself. (1955)

A weed from Catholic Europe, it took root
Between the yellow mountains and the sea,
And bore these gay stone houses like a fruit,
And grew on China imperceptibly.

Rococo images of Saint and Saviour
Promise her gamblers fortunes when they die;
Churches beside the brothels testify
That faith can pardon natural behaviour.

This city of indulgence need not fear
The major sins by which the heart is killed,
And governments and men are torn to pieces:

Religious clocks will strike; the childish vices
Will safeguard the low virtues of the child;
And nothing serious can happen here. 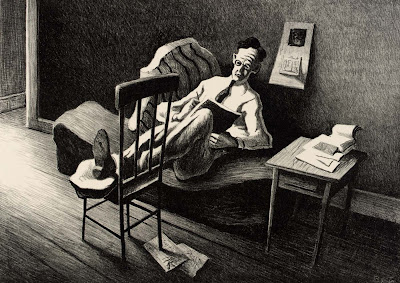 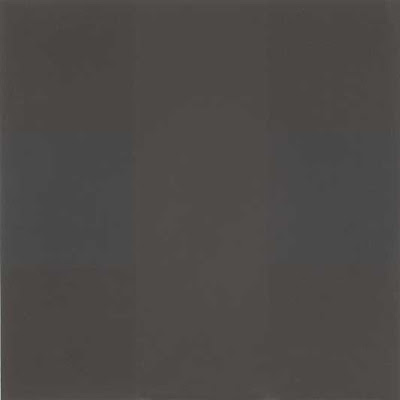 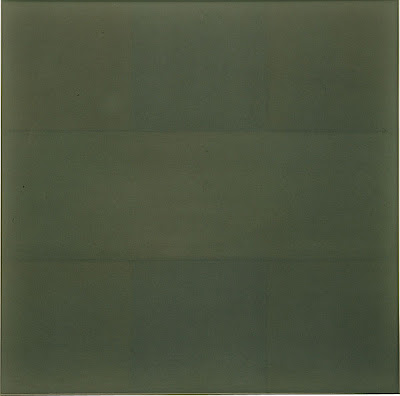