CCLXXXI
A—,
Tired of the standoffish
unprepossess’d incendiary motorcade rush
to quash whatever funny
concomitancy cartwheels by, rhythm
is discomfort, by Jove!
In hindsight I suspect
if anybody needs a
headbutt, it’s probably you.
I itch with flippancy
while my queer fragility
pretends to be French
and my savage yarns
go unnoticed. Like a
solitary aimless common tern
I am going hence-
forth to be hero
of all my doings,
kik-kik-kik-ing, with
its bill point’d straight
down into the cloud-
catching pond full of
knife-shaped pike and
the detritus of heaven.
J—

“The crowd at the ball game / is moved uniformly // by a spirit of uselessness / which delights them”—I open a volume of Williams’s Collected and that’s it. The gudgeon is a fish. (The trudgeon’s a swimming stroke. Dudgeon’s indignancy unloos’d.) Wholly predictable ennui rooting in. I read Ron Silliman’s squib in the latest booklet of The Grand Piano and am so completely put off by the gussy’d-up portentousness of every damn recollect’d “discovery” of the “lad” (“So there was “art” and there was “the visual,” but these realms never felt very connected to me as a lad,” he writes) that I consider banging my own head with some fat lexicographer’s “throughput.” One learns of the embroidery (“a flower in a pot”) and the painting (“a man collapsed face down in the snow”), the extent of art in young Silliman’s house. One learns of Silliman’s exceptional sense of “three-dimensional space,” how he could “walk almost anywhere in that 1100-square-foot house without bumping into walls, doors, tables, chairs.” One learns of the “profound impact” Yves Tanguy (“not a major figure even in the history of surrealism”)’s 1939 Arrières-Pensées (“the inverse of trompe l’oeil in that the landscape proposed itself to be depictive of an impossible reality”) had on Silliman’s thinking (“you could actually paint something in a way that would transform how the viewer saw not just it, but everything else”). One reads in a kind of disbelief the kind of bald-soprano hysteria of:

As powerful as my response to some works of art might be—I have on a few occasions burst into tears simply at the sight of a particular work, such as Delacroix’s Liberty Leading the People in the Louvre or Pollock’s Number 1, 1950 (Lavender Mist) at the National Gallery of Art—my response to the written word is so much more powerful, so much more driven, that I’ve never been able to fool myself into thinking I might also be a painter. Ditto with music.

The truth or not, what exactly is the point? If I were to “burst into tears” (or “burst into flames,” more likely) at opening The Alphabet that’d suffice to “fool myself into thinking” I ought to write? There’s less trompe l’oeil here than trompe l’esprit, (as Cocteau humor’d Picasso), though I doubt it’s anybody’s mind beyond Silliman’s own getting fool’d. Portentousness in the one sentence paragraph journalese of what comes next:

But my reaction to photography was different.

Photography intersects the referential & the formal dimensions of sight in ways that I find powerful & suggestive. The only tendency in painting that, to my eye, has ever come close to this is the Mexican muralist movement, principally the work of Diego Rivera, although how the two media engage these different dimensions are radically dissimilar.

Two declarative statements that’d certainly bear gratefully, one’d think, the brunt of exemplars, or details, or some kind of furnishings beyond the baldly thetic. Not forthcoming. In lieu, one learns of the “black Danish bookbag that was a constant accessory of mine”; how, Sundays, up early, Silliman’d “pop . . . camera and whatever manuscript I was working on at the time (mostly Tjanting and 2197)” into it, and go out for weekly photographic sprees “often walking six or seven miles before I eventually was exhausted & caught a bus back home.” The photographs: a series of “wrought-iron security gates,” slight variances within a specific, pre-establish’d repetition (characteristic, too, of The Alphabet). Too, Silliman shot “small industrial forms” (mostly at the docks) “objects whose function, and whose name, were mysterious,” an attempt at “registering . . . the horizon of my own ignorance.” (As if every photograph made shouldn’t be call’d “Light and Its Absence.”) The upshot of Silliman’s dabbling (he quits at “the point when I had the time to seriously begin learning photography”): “Where I see their impact . . . is in certain sections of The Alphabet, especially “Skies” and “Jones,” both of which are projects I never would have ventured without my two years of walkabout with my old point-and-shoot camera.” “Walkabout”? “In walkabout, the aboriginal youth wanders into the bush alone for several weeks or months, avoiding the company and conversation of other humans.”

The remaining pages of Silliman’s autobiographical jaunt through the art interstices of the period relate mostly to “performance” and “performance art.” Silliman attending some makeshift doings “certain to run into Kathy [Acker] there & our relationship had evolved to an intense level of flirting,” recalling only “standing at the edge of a crowd . . . trying to see over or through to whatever was going on.” Silliman reading in the barn at The Farm surrounded by animals (“Robert Duncan sat in the first row looking very skeptical.”) Silliman participating in a series of “radio plays” at the Grand Piano:

When my turn came, I went up to the counter as tho I were about to give a reading, Tom [Mandel] headed for the restroom, Larry [Ochs] left the café, & Patty [Hume] stood & went to the front door, where both the light switch and a pay phone were located. This left [David] Melnick sitting in the midst of the audience. Patty cut the lights & David began to whistle an aria from Donizetti’s Lucia di Lammermoor. Patty then dialed the café’s phone, located behind the counter. She gave her dialog & I responded. Larry was now visible walking up to the plate glass window of the café playing his saxophone. I now dialed the pay phone, which rang and Patty & I gave more dialog. At this point, Tom set off a firecracker in the sink outside the restroom. Everything was silent, save for David’s whistling, which then concluded. The whole thing took no more than five minutes . . .

The kind of thing I recall where it’s clear that only the performers think it’s “fun”—and the audience is stymied, caught halfway between the nervous laughter of embarrassment for the performers, and deadly boredom. A few other “performances” get detail’d: in one, Silliman reports, under a recording of a text unidentify’d, and with somebody playing “inside” a piano, “Tom Mandel & I . . . dressed in white jumpsuits with hard hats . . . unrolled some industrial material—it may have been insulation—from one end of the hall to the other. This was the entire event.” Ah, Williams, Williams, he who want’d “words . . . sprung from the old facts of history, reunited in present passion,” ah, Williams, “the crowd is // cheering, the crowd is laughing / in detail // permanently, seriously / without thought.” 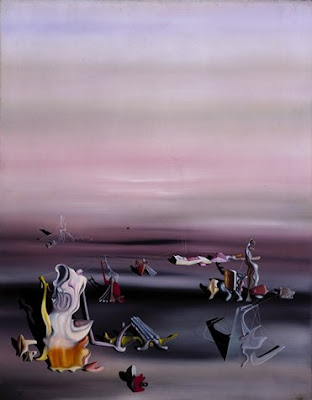 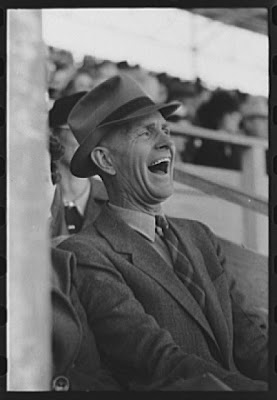