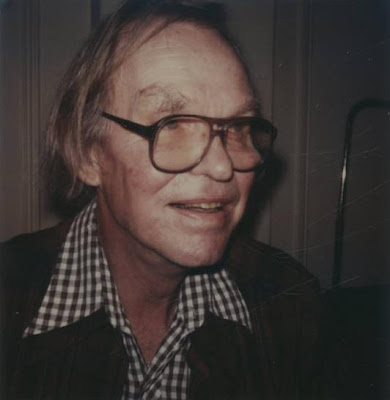 Reading, in the chilly grub-colored light of pre-dawn: “If you attentively regard almost any quadruped’s spine, you will be struck with the resemblance of its vertebrae to a strung necklace of dwarfed skulls, all bearing rudimental resemblance to the skull proper. It is a German conceit, that the vertebrae are absolutely undeveloped skulls.” Metcalf quoting Melville in Genoa. Muscle memory personified, motor extensions. Maybe it’s only because I read just hours earlier (under the cold-rinsed blue light of a pre-dusk stuck with lunar-planetary alignments) Metcalf’s “Willie’s Throw”—“He caught the ball, planted his left foot and pivoted away from the plate . . . / What I did, though, was catch the ball and kind of let its force in my glove help spin me completely around.. . . so that he threw like a discus thrower . . .”—that I recall directly Willie Hays’s assessment by one Dr. Uhley: “Willie, all you’ve got for a back is one continuous muscle.” Earlier in Genoa: Melville’s “I rejoice in my spine . . .” A line that continues: “as in the firm audacious staff of that flag which I fling half out to the world.” (Melville’s physical sense of writing: “It is impossible to talk or to write without apparently throwing oneself helplessly open . . .”)

In Kansas, when a man got ahead, made some money, he sent his son East to Harvard (the little boys in Dahlberg’s orphan asylum sang “We’ll fight for the name of Harvard”)
and there it is, the schizoid split, so American, so middlewestern: the mean, grimy things we do to make money—and the “culture,” the unreal world of knowledge, the reward of it all
in no writer, in the past, has the split been more evident and perplexing than in Dahlberg: thrusts into his sordid Kansas background, alternating with heaped-up Greek, Egyptian, Hebrew allusion—“several thousand volumes are the making of a marvelous mask”
But in Because I Was Flesh, the two mountains grind, finally, together, and the disturbance is at least seismic—there is new wit, there is personal honesty, the scalpel has been honed, sharp as one of Lizzie’s razors—Mother and Son are relentless, slicing, driving to the end of the book
all of Dahlberg’s earlier work appears now to have been the manufacturer and trial run of materials: he has put them together, at last, in this work
and we are shaken

The quoted line out of Dahlberg’s autobiography Because I Was Flesh (1963)—“several thousand volumes are the making of a marvelous mask”—applying to Metcalf himself. The mask tossed down, subsumed by purely bookish materiel. That stretch to avoid the novel’s wiles. In the Review of Contemporary Fiction interview, Metcalf calls it “a notion, shared perhaps with Olson more than anyone else, a notion that we both picked up from Pound and Williams, that is very much a part of Melville (again look at the cetology in Moby-Dick)—a notion that the old masks and artifices of conventional fiction, and of ‘baring-of-the-soul’ poetry, were worn out, or seemed no longer useful tools for us, here, now—and that the simple facts of our situation, of our history, were the richest possible lode, begging to be mined.” To Russell Banks (in Lillabulero) Metcalf admits: “There’s been a constant, slow drive to, one, write a novel, and then, two, cure myself of that. To shed the novel, so to speak, in my writing.”

To put one thing against another. Metcalf (Lillabulero interview) regarding “looking for the personal in the handling of the material, the way the material itself is handled”:

Isn’t this all modern painting? I mean, I’ve learned a lot from the modern painters. I remember a show I saw years ago in Asheville, North Carolina, by Josef Albers. And the things that he was doing, simply by putting this color next to that color, he was a man who did that as well as anybody, as you well know. In looking at those pictures, I got a sense of tremendous overpowering emotion that went on, that made him put that special relation of colors and designs together. And if this comes through in my writing, that’s what I’m aiming for, for the reader to get the thrill that comes to me from the juxtaposition of these materials . . . And this has been carried now, beyond Albers . . . I’m thinking particularly of Robert Rauschenberg, where the election, the choosing of materials for juxtaposition, is not just colors but solid images . . . He not only chooses, but there is a subtle pattern to his choices, that gives a structure to his work, to the body of it, as a whole. So you have a double excitement: first, the individual painting, and then its place in relation to the rest of his work.

(See William Corbett’s piece on Metcalf that begins with Nennius’s “I have made a heap of all that I could find” and ends with Arthur Dove: “There is an Arthur Dove collage in Boston’s Museum of Fine Arts that puts me in mind of Metcalf. Mussel shells are nailed in a row below a hill of sand and pebbles, and on the hill a touring car clipped from a magazine advertisement carries the family on what must be a Sunday drive. This scene is seen through tree branches set in rows.” Metcalf reviewed Michel Butor’s fragmentary, factual, quote-filled—signs, slogans, newspapers, catalog detritus along with Jefferson, Franklin, William Penn, Louis Sullivan, &c.—1963 Mobile, A Study for a Representation of the United States for Corbett’s magazine Fire Exit.)

My mother was Melville’s literary executrix . . . She had a lot of valuable material, plus her own childhood memories of Melville . . . She was 10 years old when he died. How valuable that is, knowing the great man up to your 10th year, I don’t know. She got a great pleasure out of it, and our home was sort of a haven for Melville scholars during the time that Melville was being discovered, beginning in 1921. I was four years old then, I don’t remember that, of course, but later on, particularly in the 30’s when we were living in Cambridge, all of this went on, and most of these people were as far as I was concerned, a bunch of creeps. At that time I was an adolescent boy and had no interest in writing, and not much interest in my parents and their interests, and I’d come in the house and these academic characters would be floating around talking a lot of language that I didn’t understand and wasn’t interested in. The first of those who came along and did sort of, you know, make me open my ears a little, was Olson. I was about 14, I think, when he showed up on the scene, that would have made him maybe twenty or something like that, maybe a little older, we were something like six or eight years apart. He and I kept up a sort of on-and-off relationship for many, many years after that. When I grew up and got married, I used to see him in New York. He was living in New York then. I was already writing by then, but we were on completely different tacks. We didn’t have any communication, really, with each other. Finally, he got out his book, Call Me Ishmael, and I was very excited by that, even though I still wasn’t interested in Melville . . .

And, seeing Olson later (Maximus and Will Westin parallel):

He’d come back from the Yucatan, and Creeley had brought out the Mayan Letters, and he was sort of presiding on the outskirts of the birth of Maximus. I was around and close to him and going to meetings and whatnot at the time that was all coming off. I was very excited about what he was doing and more than a little bit jealous, and about that time I wrote Will West. My writing, incidentally, started a little earlier, with Conrad Aiken. I spent a summer studying with him, in my early twenties. But that wasn’t very productive. I wrote a few soft, Aikenesque lyrics, but nothing I care to remember. Although he turned me on to Faulkner, which was important to me at that time, my whole thrust turned out to be in a very different direction . . . Whether I was influenced by Maximus in writing Will West . . . I do remember this, yes, it must have been, because I remember a conversation I had with Olson, and he was reading from Maximus and I was working on Will West. You know how proprietary Olson was about his material. If he wrote about tansy, nobody else could write about tansy. They were his flowers, you know. Everything was like that. He was possessive and omnivorous. So I went up to Olson, almost like I was a humble little student, asking his permission, asking if I could write about De Soto. He said, sure, it was off his kick. I thought, Oh boy! I don’t have to fight him about De Soto.

Thomas Meyer, in a Lillabulero piece called “A Holler for a Tricky Yankee,” puts Metcalf squarely with the odd American isolato, freak and genius:

Cranky. As American as Eli Whitney’s cotton gin, as Alexander Graham Bell’s telephone, as Dr. Young’s Improved rectal dilators (sold only in sets of four). Rattle-trap books tinkered about with. Engines. Devices. Cures for the common hackles. Not so much copyrighted as patented. Plenty of Moxie. Noah Webster not Oxford Scholars.

& here we need not fear what scares the pants off Henry James. Here there isn’t any etiquette beyond silence, beyond the tenderness of ice or the root twisting its design . . . 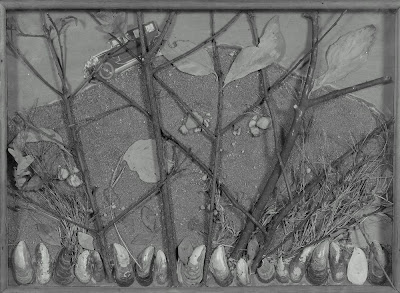