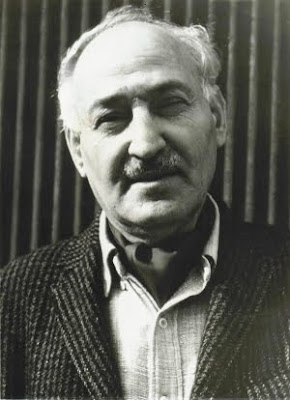 Propelled into the 1961 Edward Dahlberg / Herbert Read epistolary bouts of Truth Is More Sacred: A Critical Exchange on Modern Literature by Niedecker’s talk of it, and sumptuous quotings (Niedecker, understatedly, of Dahlberg: “tho rarely speaking well of anyone . . . he knows words—earthy, wonderful, rich words—“cormorant” words!!”) to Zukofsky in a letter “dated by LZ: July 7/61”:

—“Poetry today has been sacked by pleasure and novelty just as Troy was by Helen.”

—“English is dead, and not even the cormorant or the bat sits upon its Babylonian wastes. No rivers flow through the language, though Homer is said to have composed the Iliad by the stream Meles. The teal and the widgeon have disappeared from our books; and every plant and animal, the source of symbols and pure speech, have died in modern literature.”

—“When the flour is well milled and the wagon sturdily wrought, the language of the people is plain and strong.”

The odd Poundian echo in Dahlberg’s claim here wholly rebuffed by the venomous fierce dudgeon in the book, wherein Dahlberg calls Pound’s Cantos “the greatest hoax in the history of literature . . . a muck-heap of allusions, names, legends, that the author is unfamiliar with, and has not himself absorbed.” And adds: “In Ecclesiasticus it is written: ‘All bread is sweet to the whoremonger.’” Herbert Read, without exactly disagreeing, summons Kurt Schwitters in defense of Pound’s “muck-heap” method, noting, too, how “tesserae need their aggregation, their multitudinous setting”: “Each canto is a Merzbild . . . and each element in the composition may be a piece of trash, a bill of lading, a scrap of Greek or Italian, a prayer, an imprecation, a row of statistics, a Chinese edict, a letter from Jefferson—nothing from the seething cauldron of memory is excluded.”

Dahlberg’s bumptious negativity is a kind of colonic (the metaphor is unavoidable, Dahlberg’s shit-spattered lingo compels it, see reference to Ulysses as “the feculent droppings of the Yahoos,” or Pound’s “latrine humor, that amuses those musty, wry boys, who never become men”). So, he writes:

I am rough and feral, and am likely to bite the tradesmen of letters . . . I prefer a virile negation to a comfortable, flaccid yea.
I abhor venal authors as well as the poet who is solely concerned with his dithyrambs and iambics, and who gives all his thoughts to words, without thinking about justice, affection and hope. His verses are the stibium pot of the harlot, or the hair-dye of the Colchian Medea. Though the external work be as white as the marble sepulchre, it is corrupt within. Sokrates prayed to Pan asking that the inward and the outward man.

(That preceding the Niedecker-quoted line about today’s poetry being “sacked by pleasure and novelty.”) Pertinent, too, to “today”—fifty years changing nothing—Dahlberg’s skewering of the “the eavesdropping criticism of Polonius,” that arras-draped timidity of the crowd-hound, nose plunged into the common “rank” mephitic:

Polonius will never praise an audacious book by an obscure poet, except behind the arras, nor will he attack a renowned bad poet. If one assails a famous malefactor of the beauty-arts he not only incurs his venom, but raises up a sodality of foes. There is the bodkin of the poltroon, Silence: he won’t bury a book in open battle or in or in the whoring book-review columns, but shuffles the book into limbo by not mentioning it. The tyranny of Silence has brought about a censorship of books.

In the neo-confessional age (the studied abject versus the grandstanding narcissist) that seems to be dropping its dirty drawers all about “us” (again), Dahlberg’s words point longingly to some gone bookish Arcadia (“I am not ill, or insane, or niggard, but deprive me of the Iliads, or The Compleat Angler, or Blake’s Jerusalem, and I am the ululant brute in the wilderness . . .”) and refuse to concede the turf to “witlings and dunderheads”:

What our age lacks most of all is sense and health. There can be no just words well arranged without vigor. “I swear upon my virility,” testifies Francois Villon. That a great deal of modern verse is senseless, and belongs in the spital-house, only an enervated fool will deny. Few are strong enough to eschew a diseased book. Plato tells of a certain Leontius who knew that there were some corpses on the outside of the wall, which he wanted very much to see although he knew he would be disgusted if he looked at them. Unable to resist his impulse, he ran up to the cadavers, saying to his eyes, “Take your fill, ye wretches, of the fair sight.”
The longing to be senseless or ignorant is the delirium of the multitude, and it is as strong in men as the craving in swine for dirt, or in mullets for turbid water. To spend one’s life in the sty without books is the misery in Erebus . . .

In your use of the word (and elsewhere of the word “health”) I seem to detect ethical overtones. You seem to be calling on the poet to purify men’s hearts. I would say that that is the business of the priest or the philosopher, and that it is the poet’s business to purify their eyes. We cannot feel aright unless we see aright. The whole function of art is cathartic, not didactic. One might even say, with Confucius and Dante, that poetry is a purifying process, an effort to keep the language clean, to avoid distortion of meaning. But before the word can be exact, the vision must be clear. That is what T. E. Hulme insisted on so strongly, and I think our poets have been good poets to the degree that they have followed his advice. “The test for poetry is the range of pleasure it affords as sight, sound, and intellection”—that is our friend Zukofsky’s measuring-rod, and I know of no better, and you will see he places sight first. It is a test that rightly leaves Homer and Shakespeare the first of poets, and yet plays havoc with our fashionable reputations. Yet it has in it nothing of moral judgment. Do not place too much reliance on the word “intellection,” for I think Zukofsky means no more by it than the lively movement of the mind.

(Dahlberg is particularly cutting regarding “fashionable” lingo: “The clodpates of all factions wallow in the most purulent vernacular. Poor Penny Judgment of polite literature has no more sense than Better Social Feelings, both imagining that every brand-new word minted by the voracious philisters of trade must be included in the modern lexicon to show that they are familiars of the times . . .” And: “There is such a great scarcity of country English nowadays that Dr. Small Knowledge of our academies of learned nonsense is ignorant of centaury, fenugreek or drupe . . .” It’s Dahlberg’s own blustery “vernacular” that gains him a corner of Niedecker’s “immortal cupboard”—“with LZ (especially the short poems), Emily Dickinson, Thoreau, Lucretius, Marcus Aurelius, John Muir, bits from Santayana, D. H. Lawrence . . . William Carlos Williams, and haiku.”)