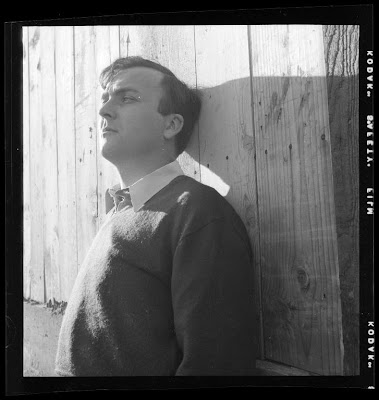 Nothing is more unfitting for an intellectual resolved on practising what was earlier called philosophy, than to wish, in discussion, and one might almost say in argumentation, to be right. The very wish to be right [das Rechtbehaltenwollen], down to its subtlest form of logical reflection, is an expression of that spirit of self-preservation [Selbsterhaltung] which philosophy is precisely concerned to break down.

That’s out of Sutherland’s blistering little treatise Stupefaction: A Radical Anatomy of Phantoms (Seagull Books, 2011), “a study,” according to the author, “of poetic and philosophical practices that can be relied on to disclose the absolute destitution of truth in objects, uses of language, persons and lives.” Sutherland’s commentary suggests that Adorno is here working out “the literalization of ‘knowledge’ as satire”:

‘Knowledge’ is the defensive bourgeois intellectual who engages in an argument only in order to win it, and who confronts the unfamiliar object only so that he may assert mastery over it. As Walter Benjamin wrote in one of his earliest essays, ‘the philistine, you will have noted, only rejoices in every new meaninglessness. He remains in the right.’ The natural exercise of bourgeois consciousness is an exercise in being right. Selbsterhaltung and das Rechtbehaltenwollen mingle in one dead end of philistine compulsion. In the twilight of that false end, the ‘newly encountered’ unfamiliar thing takes on a specific object aspect: it is a reagent; its menacingly catalytic substance is not to be grasped but to be dropped on impulse.

Anything to avoid the contaminants of stupidity. For isn’t Adorno saying, in part, that philosophy ought be obliged to keep itself stupid? (The formula is that of A. R. Ammons—one I routinely quote hereabouts—a thing he only half-jokingly posited to me one day: “I think a poet ought to keep himself somewhat stupid.” A formula Williams, in Paterson agreeably reduces to: “Knowledge, the contaminant.”) If Adorno turns knowledge “against” philosophy, isn’t it at the prompting of poetry? See Stevens: “These / Two things are one. (Pages of illustrations.)” Exemplars abounding. There’s Herbert Read, in the 1951 Phases of English Poetry compressing a couple of paragraphs of Pater into a single remark:

All art constantly aspires towards the condition of music, and the perfection of poetry seems to depend in part on a certain suppression of mere subject, so that the meaning reaches us through ways not distinctly traceable by the understanding.

(Read is undoubtedly using J. W. Mackail’s mash-up and addendum of the famous Pater line, see Mackail’s 1914 Lectures on Poetry, the chapter called “The Poetry of Oxford.”) “Suppression of mere subject, so that the meaning reaches us through ways not distinctly traceable” sounds like Keats’s man “capable of being in uncertainties, Mysteries, doubts, without any irritable reaching after fact & reason . . .” Or there’s Robert Duncan, writing to Robin Blaser in 1957:

Re: responsibility = the ability to response. To keep, that is, the touch green = necessary. In the poem this means shedding of effect. The right word is a tone (as in painting color) cluster, a felt stress in a recognized movement defining the time of the poem, a reference moving toward meaning (that might be non-sense or theme or janus-faced) which in turn has another tone (mood, mode) a proposition of a possible syntax (ORDER) (DISORDER). Achievement here comes neither from talent nor from genius—but from conviction (gnosis / feeling) in awareness of the actual order and disorder of the universe.

Not knowledge, nerve. (“Conviction.”) Duncan’s sense of the necessary imprecise, the slop and flux in the system (“the right word is a tone . . . cluster”), the need to “keep . . . green”—all an attempt to avoid “right” meaning, to keep the stasis of mastery at bay, to keep “moving toward meaning” (intendedly, an ever-diminishing prospect). Duncan quotes a lovely line out of some “notes to Olson’s evenings here”: “Return to the Effort: that our devotion be like the grass / to give blades of effort in the celebration of the rain.” Against das Rechtbehaltenwollen: unstoppable and volatile reagency. And, too, Duncan quotes Stevens’s “The Irrational Element in Poetry”:

“You have somehow to know the sound that is the exact sound; and you do in fact know, without knowing how. Your knowledge is irrational. In that sense life is mysterious; and if it is mysterious at all, I suppose that it is cosmically mysterious . . . What is true of sounds is true of everything: the feeling for words, without regard to their sound, for example. There is, in short, an unwritten rhetoric that is always changing and to which the poet must always be turning. That is the book in which he learns that the desire for literature or in any of the arts is a desire for freedom in life.”