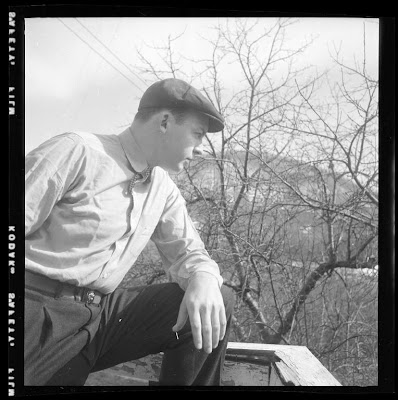 Gleanings of gleanings, mostly Jonathan Williams. (Glean < Old French glener, glainer (French glaner) to glean = Provençal glenar, grenar, late Latin (6th cent.) glenare, of unknown origin. “To gather ears of corn left by the reapers.” Chaucer (The Legend of Good Women, c. 1385): “And I come after, glening here and there, / And am full glad if I may finde an ere, / Of any goodly word that ye han left . . .”) In Williams’s Olson piece “Am—O” he writes, of gleanings at Black Mountain College: “I took another five years to achieve the Personal Voice, something somehow assembled into a bizarre olla podrida, containing hunks of Cabeza de Vaca, Bartram, Thoreau, Whitman, Courbet, de Kooning, Kline, Catullus, Delius, Fauré, Ives, Jelly Roll Morton, Lou Harrison, T. Jefferson. That’s Democracy In Action for you.” (For the by now dry-heaving anti-quietists amongst “us”: there’s, too, Williams’s quoting of Olson’s counsel—“I steer you right to urge you back to yr own inherited, & possessed, quietness”: “FIND OUT YOUR OWN CONSERVATISM. Don’t at all be uncomfortable in quietness. For it is now a most telling virtue (after all radicalism, and bohemianism—and false conservatism—have shown themselves to offer nobody anything . . .”) Williams gleans un peu partout—odd felicities of speech, the names of things, rakish signages, animal noises, folk bluff and banter, etymological gusto, &c. A kind of conservatism of delight. Not coy, not pedantic, not condescending. See (out of the 1985 edition of Blues & Roots / Rue & Bluets):

Standing by His Trailer-Studio
In Compton, Kentucky,
Edgar Tolson
Whittles a Few Syllables

i got it
offn a match box

it needs wings
and a lions tail


some damn woman down in Lexington
wants it

Or (bookishly, and with punning title, its source being British explorer John Lawson’s 1709 A New Voyage to Carolina):

A Votre Santé
At the Headwaters of the Santee

“which Water we drank of, it
coloring the excrements of Travelers
by its Chalybid Quality,
as black as a Coal”

Williams’s terrific restraint in selecting is evident if one reads the whole paragraph whence it’s gleaned:

Viewing the Land here, we found an extraordinary rich, black Mould, and some of a Copper-colour, both Sorts very good; the Land in some Places is much burthen’d with Iron, Stone, here being great Store of it, seemingly very good: The eviling Springs, which are many in these Parts, issuing out of the Rocks, which Water we drank of, it colouring the Excrements of Travellers (by its chalybid Quality) as black as a Coal. When we were all asleep, in the Beginning of the Night, we were awaken’d with the dismall’st and most hideous Noise that ever pierc’d my Ears: This sudden Surprizal incapacitated us of guessing what this threatning Noise might proceed from; but our Indian Pilot (who knew these Parts very well) acquainted us, that it was customary to hear such Musick along that Swamp-side, there being endless Numbers of Panthers, Tygers, Wolves, and other Beasts of Prey, which take this Swamp for their Abode in the Day, coming in whole Droves to hunt the Deer in the Night, making this frightful Ditty ’till Day appears, then all is still as in other Places.

See, too, Williams’s sheer delight in names (and deft sound arrangement) in something like “La Source”:

the Conasauga and the
Coosawattee
make the


the Oostanaula and the
Etowah
make the
Coosa 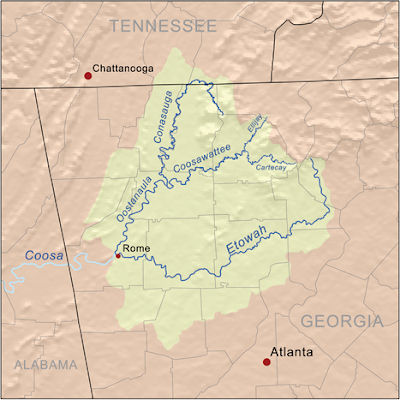 The poem’s shape and sound subtly mimicking the several tributaries raveling into arrival at a single long round o solitary stream . . . Similarly, the dexterously clumped vowelling of “The Flower-Hunter in the Fields” makes its own argument beyond naming’s vagaries, beyond—here—mere “earthly” concerns (“Philadelphia blue laws!”), pointing out into some heavenly othering October, in a pure brief moment of ascendency beyond such categorickals as ‘Innocence’:

a white cloud in the eye
of a white horse

bluets, or ‘Quaker Ladies,’ or some say
‘Innocence’


bluets and the blue of gentians and
Philadelphia blue laws!

One of my gleanings (out of the odd little exhibition catalogue Uncle Gus Flaubert Rates The Jargon Society in One Hundred One Laconic Présalé Sage Sentences (1989)—Williams’s brief assessment—“le mot juste, plus a bit of lucky mojo”—of each Jargon Society doing) is of Robert Duncan, prefacing Jonathan Williams’s own 1962 Elegies and Celebrations: “The assertion by which the dilettante true to his delecto moves into the passion of beauty is the strength that moves us.” Dilettante a word that’s suffered the way the word amateur’s suffered—Duncan here returning it to its origin in delight. Another gleaning: how the blues vocalist and harpist Junior Wells liked to call a harmonica a “Mississippi saxophone”—I suspect Williams might’ve delighted in that. (Is the capacity for delight directly proportional to that of despisal, of scorn? Williams, in a letter, quoted by Herbert Leibowitz: “If you despise a place long enough—this unruly continent, for instance—your own nature becomes despicable.” An end he avoided . . .)