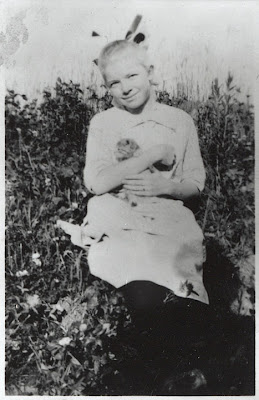 Jonathan Williams: “I have turned more and more away from the High Art of the city and settled for what I could unearth and respect in the tall grass . . .” And Lorine Niedecker:

I was Blondie
I carried my bundles of hog feeder price lists
down by Larry the Lug,
I’d never get anywhere
because I’d never had suction,
pull, you know, favor, drag,
well-oiled protection.

I heard their rehashed radio barbs—
more barbarous among hirelings . . .

Matter-of-factly reporting the world’s comeuppance, casually delivered and undeserved. A dismissal of it, with impertinence, but little contempt. An easy shrug: “Expect the long-stemmed blue / speedwell to renew / itself . . .” My habit of going to Niedecker for repair and sustenance. (Some odd connect of late: Niedecker’s “My Friend Tree”—“My friend tree / I sawed you down / but I must attend / an older friend / the sun” and lines out of the old Jefferson Airplane song “Eskimo Blue Day” (1969): “The reason I come, and I go, is the same / Animal game for me / You call it rain / But the human name / Doesn’t mean shit to a tree . . .”) There’s a lovely statement by Niedecker—quoted in Margot Peters’s Lorine Niedecker: A Poet’s Life (University of Wisconsin Press, 2011). She’s corresponding with Clayton Eshleman (3 February 1968) regarding “Wintergreen Ridge” and a sense of untethered release, replacing usual coherences in the piece with: “movement, gist, vibrations, a sense of floating. . . . I was afraid probably of losing myself—you know we want to lose ourselves and we don’t want to . . . I figured after 40 years of more or less precise writing, I cd. afford to let go.” Niedecker:

It’s in the province of natural history that imagination in the protoplasm of the mind is limited by actual experience, but it has the innate impulse to cross barriers. It is the nature of protoplasm in the cerebral cortex never to be satisfied but always to want more. (I take from science just what I want, like Bible readers taking only what they want from there) I begin to wonder if it isn’t reality—natural—to be beautifully lost for a time and to me that’s poetry.

Nature surpassing itself in uncertainty, seeking other means, other forms: the natural pushing and swelling into the preternatural, no contra naturam here . . . Of course: