Everything in the world exists to end up in a book, is what Mallarmé redact’d, plus ou moins. Nothing’s left of the semi-permeable human-singe’d world: it’s all citable gloss, a welter and chaos of pre-possess’d, pre-process’d lacks (of commitment, of intensity, of voracious oomph) tether’d to a convict’s lot of signifiers, sentence-ry deliver’d up by the gross. Is what I think of, reading Kit Robinson’s third base line dribble of a bunt (call’d “Timeline”) in the tenth booklet of The Grand Piano. Advancing no runners. Thrown out easily at first. Exercise: select a few notably-“remarkable” events, a rough half-dozen per year (plausibly-“memorable” or not, of “personal consequence” or not): “Watergate Convictions,” “Fall of Saigon,” “Pine Ridge Shootout,” “Hoffa Missing,” “Assassination Attempt on Ford by Squeaky Fromme,” “Patty Hearst Captured,” “Assassination Attempt on Ford by Sara Jane Moore,” “NYC Bailout of $6.9 Billion Approved,” “Term ‘Fractal’ Coined by Mandelbrot,” “Apple Formed by Jobs and Wozniak,” “U.S. Bicentennial,” “Mao Dies” . . . History is nothing if not headline-rich. Add a few sentences under each:

The signature of the time is written on the walls in blood. And the line lays down the lamb chops. It seems you have developed misunderstanding into a fine art. You order chicken soup with Hilton Obenzinger at La Victoria. When you see power you see red. You float in an interstitial geology of sound. The stand-alone sentiment circulating amid the sawhorse rodeo.

Turn the lights out when you live. You take a page out of somebody else’s book. In this manner, the feel for another time influences the weather of a domestic currency. When in trouble, put out flares. Art Ensemble of Chicago at the Julia Morgan Center. You see your shadow headed east. Then indulge the senses in the company of strangers at a moving picture. An eye floats in silence above the Bay.

You search for meaning in the big stack of facts. Not knowing has come to assume the status of an inner truth. The word skips a beat, flush against the flipside of chance. The Meat Market Café is only a memory. The school kids are out all summer. What does that tell you?

Is it Robinson’s easy-loping welterweight tone (against La Silliman’s mostly dourer humdrum and pummel) that makes the thing read like a send-up of The Alphabet? The knacker’d and cringe-meriting puns (“the line lays down the lamb chops”?), the quotidian nods (“chicken soup with Hilton”), the cocky enigma romp (“The word skips a beat, flush against the flipside of chance”). Elsewhere: sophomoric literary mayhem (Ashbery / Berrigan retread: “The corporation of the future is opening its windows”), the mild surreal (“These fanning sundowns cast a bleary light over the tick-tock tolerance of roasting bees”), supposed Pianist meta-commentary, mock or not (“You sit at the table and feel the oppressive claustrophobia of group formation” and “You have become each others’ ideal audience” . . . “You have become each others’ worst nightmare”).

Somewhere Robinson remarks: “History’s claim checks litter the floor.” Detritus of a particular age, a socius swathed in itself. There’s a blithe refusal in “Timeline” to engage with history’s particulars. History itself becomes a series of interchangeable remarks—or entertainments (under “Ayatolla Khomenei Seizes Power in Iran,” one reads “Dead Kennedys at the Deaf Club”; under “Iran Hostage Crisis,” “Anthony Braxton at Koncepts Cultural Gallery”)—of no consequence or definition, empty’d of any significant desire. Being, undoubtedly, precisely how we norteamericanos of the white middle-classes experience history’s brusque and regular upheavals, with banality and charm, and the unconscionably flippant side of chance: “The radio is a metaphor for inspiration fiddling with the dial.” There is hardly even evidence here of the ironic defeatism of O’Hara’s “I wonder if I’ve really scrutinized this experience like / you’re supposed to have if you can type . . .” in “For the Chinese New Year & For Bill Berkson” and—faites attention!—O’Hara’s honestly and direly lamenting (“whither oh whither”) the murder’d Patrice Lumumba just a few lines later, no dodge city malingerer he. “You sit around a table and drink coffee and smoke. Maybe you should go back to school.” And: “The weak signals of dead ideologies reform as potent vectors alternately etched into aether. You inhabit your body, a proud ape.” And: “Your true feelings are always available even in a clinch.” The affable recalcitrance of the rarely inconvenienced, ever jocular, never un-manned: “When obstacles arise, you go right through them.” A collection of “elements”—it says here under “Moscone and Milk Shot”—“in a game”—“between a rock and a heart pace” (whatever that means). La littérature engage or la littérature gâtée? 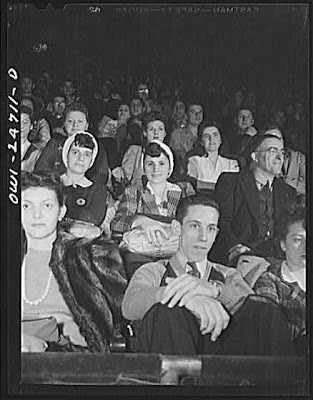 “Then indulge the senses in the company of strangers at a moving picture . . .”