The gritty sounds of a hail-studded cold rain, something to finish off a foul Sunday with. Dull chores, with intervening grimaces and fits of sleep. Troubled by the barbaric state’s continual feints, the imperium’s moronic plunge toward another war. Lawrence Durrell, in Corfu, where “the British fleet is in: two huge grey monsters,” writing to Henry Miller in Paris, circa 1938:

War is really a fine art, I feel, when you think of this flawlessness of ingenuity spent on steel to twist and rivet and smooth it. Guns like great pricks, sliding in and out and coiling on themselves. And little men like lice running about in groups by arithmetic. It’s wonderful. One side of us responds to the aggregates: when you see these flawless dummies you feel it. No responsibility. The idiots dream of an ant world where giant pricks slide in and out and vomit steel semen, and a regiment could be licked off the walls of this tower and leave not even a blob of pus behind.

Pus-less war, the hands-off barrage, the drone, the video “screen.” One continues, nevertheless (Pound to Amy Lowell: “Auw shucks! dearie, aint you the hell-roarer, aint you the kuss.”) With exactly that kind of faux-obligatory “push.” Continues reading Helen Carr’s terrific book, The Verse Revolutionaries: Ezra Pound, H. D. and the Imagists, wherein poor Pound’s made out to be something of a reluctant tagalong to F. S. Flint’s and T. E. Hulme’s push toward modernism. Carr quotes some lines out of Hulme’s translation of Henri Bergson’s 1903 piece, “An Introduction to Metaphysics”—

Now the image has at least this advantage, that it keeps us in the concrete. No image can replace the intuition of duration, but many diverse images, borrowed from very different orders of things, may, by the convergence of their action, direct consciousness to the precise point where there is a certain intuition to be seized.

—whilst noting, too, that, according to Bergson, “Language . . . breaks up into crude segments the fluidity of experience, the stream of time: it is a pragmatic tool that makes human action possible, yet the intellectual knowledge it yields is always a distortion and simplification. Language and the intellect prevent one from making contact with the ceaseless flux of being, which we can only know through intuition.” Bergson pointedly requires a radical unlikeness:

By choosing images as dissimilar as possible, we shall prevent any one of them from usurping the place of the intuition it is intended to call up, since it would then be driven away at once by its rivals. By providing that, in spite of their differences of aspect, they all require from the mind the same kind of attention, and in some sort the same degree of tension, we shall gradually accustom consciousness to a particular and clearly-defined disposition—that precisely which it must adopt in order to appear to itself as it really is, without any veil. But, then, consciousness must at least consent to make the effort. For it will have been shown nothing: it will simply have been placed in the attitude it must take up in order to make the desired effort, and so come by itself to the intuition.

(Shades of Silliman’s “New Sentence”: “The limiting of syllogistic movement keeps the reader’s attention at or very close to the level of language, the sentence level or below.”) Hulme’s version (out of the 1908 “Lecture on Modern Poetry”)—what Patrick McGuinness, in the Introduction to Hulme’s 1998 Selected Writings (Carcanet, 1998) calls “propelled intuition”:

Say the poet is moved by a certain landscape, he selects from that certain images which, put into juxta¬position in separate lines, serve to suggest and to evoke the state he feels. To this piling-up and juxtaposition of distinct images in different lines, one can find a fanciful analogy in music. A great revolution in music when, for the melody that is one-dimensional music, was sub¬stituted harmony which moves in two. Two visual images form what one may call a visual chord. They unite to suggest an image which is different to both.

Hulme points repeatedly to the energy released between images—“fire struck between stones” he calls it—a way of thwarting the mind’s habitual “gliding through an abstract process.” Silliman (“Tjanting”): “I want you to look at the hinges.” And, out of the introduction to In the American Tree:

It might have been more properly termed the new space, insofar as it is in that gap between sentences—a location in the field of writing for which we still lack a decent term—that the new sentence’s functionality appears. But as this device turns the reader’s attention to the immanence of the sentence at hand, whatever it might be, I settled on that broader category for my noun.

“The twenty-seventh letter.” Hardly new. Isn’t that “new space” found exactly at “the precise point” where Bergson intend’d to “direct consciousness”? There “where there is a certain intuition to be seized”? At the point that Pound absorbs Hulme’s Bergson (and Flint’s Paul-Louis Couchoud * among other things, including Fenollosa’s The Chinese Written Character as a Medium for Poetry), he’s able to put together the “ideogrammic method” that Silliman’s New Sentence work so draws off. One fly in the ointment: Pound’s remark in a letter home regarding “prose”: “Of course your ideas on prose are quite erroneous. . . . I should never think of prose as anything but a stop-gap, a means of procuring food exactly on the same plane with market-gardening. If anything is not sufficiently interesting to be put in poetry and sufficiently important to make the poetical worth while it is hardly worth saying at all.”

* According to Carr, Flint found a series of papers by Couchoud, a “doctor, poet and philosopher” in a French journal c. 1908. Couchoud’d “seen the delicate minimalism of Japanese poetry as the fulfilment of the ideas of l’orphisme mallarméen, the evocative, suggestive lyric style tha t Mallarmé thought hasd been lost to the wEst since Homer, and the he sought to recreate.” Carr quotes Flint (who’s writing a review in “The New Age”) quoting (initially) Couchoud:

‘to them in poetry as in painting, the half-said thing is dearest’—the suggestion not the complete picture (one thinks of Stéphane Mallarmé). A word will awaken in them, therefore, a whole warp and weft of associations. Take this haikai, typical of a common form of Japanese poetry:—

Alone in a room
Deserted—
A peony.

A fallen petal
Flies back to its branch:
Ah! a butterfly!

. . . To the poet who can catch and render, like these
Japanese, the brief fragments of his soul’s music, the future lies open. He must have the spiritual insight of the Maeterlinck of the Trésor des Humbles, and he must write, I think, like these Japanese, in snatches of song. The day of the lengthy poem is over—at least, for this troubled age . . .

(Carr elides some of that.) Couchoud’d written, in part:

Above all, Japanese poetry avoids wordiness and explanation. A single flower lies by itself on the snow. Bouquets are forbidden. The poem springs from an instantaneous lyric impulse, that wells up before thinking or passion have directed or made use of it . . . Words are the obstacle. The chain of words introduces an elementary order that is already artificial. 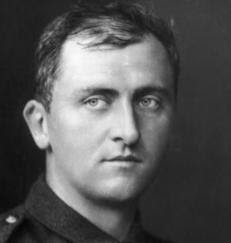 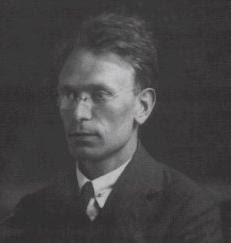