Lyn Hejinian, in a piece call’d “Amor Fati” (The Grand Piano 10) that contains, among a welter of other things—assessment and appreciation of the works of Jean Day (work wherein the world “in the conditions of late capitalism” appears “fatefully inscribed”; work that “recurrently explores the documentary elements that get written into events and appear in retrospect as debris from cosmic happenstance”) being chief amongst these—an irreproachable report concerning Hejinian’s actions (and those of others, including Day) during the fail’d “open rebellion” (The New Yorker) against enormous fee increases at Berkeley in 2010, seems determined to join “the fact . . . of contemporary, polymorphous heterogeneity”—the onslaught and noise of the “era,” that of “the ravaging perniciousness and utter pervasiveness of late capitalism”—to both a decenter’d model for “resistant political action” and a sense of Adornoesque “late style” wherein “subjectivity . . . is now at large.” Hejinian quotes Adorno (out of “Late Style in Beethoven”): “Touched by death, the hand of the master sets free the masses of material that he used to form; its tears and fissures, witnesses to the finite powerlessness of the I confronted with Being, are its final word.” The implicit power in accepting one’s final dispersal, the blooming terse rebuttal of any sense of efficacy, political or poetical. Providing a ground against powerlessness. Hejinian, explicating (and quoting) Adorno: “The artist no longer brings the objective (that which is to be formed through the exercise of subjectivity) and the subjective (that which is being removed from objective possibility by death) into ‘harmonious synthesis. As the power of dissociation, he tears them apart in time, in order, perhaps, to preserve them for the eternal.’” The upshot: one gains, out of fissiparousness and release, unregulated and wanton, a kind of sublime mastery. The via negativa: complete and radical loss approaching (some kind of) divinity. Hejinian (after admitting “The problem of art in the context of politics is not that art is insufficiently or erroneously political” and “I have no interest in dragging art into the political arena or coercing it to make statements. Nor do I want to impose a political connotation on particular works of art”):

Politics may promise that control is merely a prerequisite to efficacy, and that contestation takes place over issues pertinent to society—whether local, national, or global—rather than control per se, but control itself often turns out to be the goal (and hence the limit) of political activity, even perhaps for political visionaries.
Postmodern art, meanwhile, including Language writing, may still pretend to establish control (over materials, forms, ideas), but it knows it can (or can no longer) do so. Its efforts at control are spurious, desperate, doomed (and perhaps unwanted)—and it is precisely this, the inaccessibility of control—that provides postmodern art with its paradoxical sublimity: it is both life-filled (particular and teeming) and death-obsessed (unidentifiable and oceanic).

Language writing and control. Vex’d, comme on dit. (That howling abyss chez Language writing between eager “Choose Your Own Adventure” claims for the Barthean “writerly” (scriptable)—“ the writerly text is ourselves writing” text and a history (including The Grand Piano booklets) of trying to control its story itself, of suppressing “unfriendly” responses to it. Isn’t any attempt at control in the loud buzzing arena of art doom’d? It is.

Is there a slight shift legible herein in Hejinian’s sense of the “function of art”? She writes of a several-decade’s belief in its use in making “unremarkable things in life lively again”:

The assumption I’ve made is that . . . art should dehabituate us to our lived experiences, make the familiar unfamiliar and fascinating again, rejuvenate perception, and so on. Boris Eikhenbaum’s remark that “the process of perception in art is an end in itself and is supposed to be prolonged” or Viktor Shklovsky’s insistence that “the purpose of art is to make a stone stony” have seemed exactly right and entirely adequate.

Under the “info-glut” banner (“Our senses are not dulled by familiarity; rather we are stupefied . . . by the plethora of distractions that rather than interrupt experience constitute it”), Hejinian seems to return to a version of Adorno’s reject’d “harmonious synthesis”:

If defamiliarization and making it new are no longer the principle or relevant functions of art, then perhaps they might be related to the fomenting of knowledge of a certain kind—knowledge, perhaps, that is in and of connections. Or, if it isn’t knowledge per se, then perhaps it is the mere pleasure or potential of discovery or awareness of expandable systems and the points of intersection that proliferate through them.

Art’s capaciousness at seeing relations. (See Coleridge’s remark, 7 March 1815, in a letter to Joseph Cottle: “The common end of all narrative, nay, of all Poems is to convert a series into a whole.”) Hejinian’s slant: “I am speaking here of more than the exercise of synthesizing logic to produce novel experiences. What art can provide is a contextualizing force, a thickening of the temporality of experience and an opening of spaces for it.” For that trailing off into “space”—read “social space” (akin to the Debordian “constantly moving frontier” of spaces occupy’d by various groups at Berkeley during the protests), though I sense the difference between a syntheme [Greek σύνθημα collection, connection < συντιθέναι to put together] and a context [Latin contextus connection < participial stem of contexĕre to weave together, connect] is meaningless, or moot. 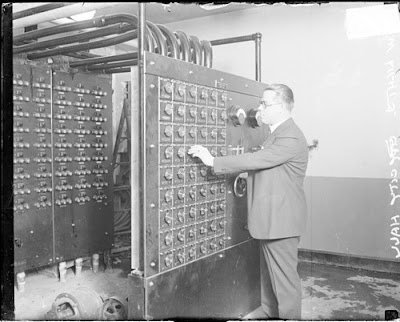