Suppose, one thinks, looking into the 1969 Alone with America: Essays on the Art of Poetry in the United States Since 1950, Richard Howard’d expend’d the last forty years or so writing criticism—in lieu of translating French? (Howard did expand the book in 1980. In 1974, in an interview in the Ohio Review, he says: “I think if you write such a book at all you should write it again every ten years. And as John Ashbery once suggested, the second edition should be called Alone Again, Naturally.”) Look how he decides (in an essay devoted to Ashbery call’d “You May Never Know How Much Is Pushed Back into the Night, Nor What May Return”)—with Jamesian, or Proustian, delectacyone—to “loiter a little” with the garde half of “avant-garde,” noting how “it is something of an effort to disengage the notion of opposition, of combat and conquest which is the activity we like to associate with the artist as the antagonist of the bourgeoisie, from the notion of protection, of scouting and reconnoitre which implies that the vanguard is in advance precisely in order to guard.” Howard points to Ashbery’s “custodial relation to his art” (in Some Trees Ashbery is “thoroughly aware” of the conventions, even “elated to have them at hand”: “‘Eclogue,’ ‘Canzone,’ ‘Sonnet,’ ‘Pantoum’ and three sestinas dramatize this poet’s fondness for the art’s most intricate forms, and his facility with them”), and how he’s got “none of the advance artist’s habitual hostility to his own medium, for all his dissociative techniques and fragmenting designs.” Howard:

In the saving, the conservative sense of the term, Ashbery is, sufficiently to compel our trust, an advance-guard poet. I hope to show how he has kept in touch with the tradition he outdistances, how he has remained ahead of something whose force and weight at his back he is fruitfully (if at times fearfully) aware of. That there are many occasions when, it seems to me, he has allowed his communication-lines with the regulars to be cut speaks neither for nor against him. It is a question of the terrain covered and of the engagements fought. The poet who wrote his master’s essay on the novels of Henry Green and who invoked, presenting an inédit by Raymond Roussel in the French magazine l’Arc, that bewildering author’s particularités qui ajoutent à sa beauté strictement littéraire *—the poet who is also a playful scholiast of the hyperbaton is evidently well prepared to leave us in whatever lurch he finds ineluctable.

Oddly enough, Howard, in pointing to Ashbery’s useful habit of providing—within a work—some tiny starting thread for its unraveling (what Howard calls “a clue in the form of an imaginative schema or construct which heightens the work’s inner resonance at the same time that it defines the poetics by which the contraption operates”), points to a “convex mirror.” First, in quoting André Gide’s noting of “the likelihood of such a device”:

I like discovering in a work of art . . . transposed to the scale of the characters, the very subject of that work. Nothing illuminates it better, nothing establishes more surely the proportion of the whole. Thus in certain paintings by Memling or Quentin Metsys, a tiny dark convex mirror reflects the interior of the room where the scene painted occurs. Similarly, in Velasquez’ Meninas (though in a different way). Finally, in Hamlet’s play within the play . . . None of these examples is entirely fair. What would be much more so, what would say what I want . . . is the comparison with that method in heraldry which consists of putting a second blazon in the center of the first, en abyme.

Is that the originary “source” of Ashbery’s 1974 “Self-Portrait in a Convex Mirror”? With its lines “to protect / What it advertises”? Howard writes: “If Ashbery’s poems themselves are a blazon of making, which is after all what the word poem means, inside them we generally find that second blazon, the inclination to speak up without being mediated by the poem . . . ; the work criticizes its own text by accommodating in its texture an alternative patois.” So “The balloon pops, the attention / Turns dully away.” Too, Howard finds in Theseus’s speeches on the labyrinth (out of The Heroes) a way of reading, a stepping outside:

And: “There are frequent large holes in the roof, so the visitor is free, if he wishes, to climb out on top and survey the ground plan of the whole edifice. In short, he is in the dubious position of a person who believes that dada is still alive.” Dubious about dada. Howard quotes some lines of a poem call’d “White” out of Ashbery’s Turandot and Other Poems, lines of which “we are baffled not only by the images but by the syntax and the tonality” and which “Ashbery has not chosen to carry over into the canon of his work”:

Where is the tempest buttered? The giants
In their yachts have privately forgotten
By which hand slipped under the door
Its screaming face. I rode into
The scared dead town, parked the Plymouth—
No one in the central dark bar—
“Perhaps Pat is dead” but it buckled,
Came on, all puce zones alight
And in the death of muck and horror
Knelt one on the quiet trapeze of the sky.

Reason to be dubious about dada. I like seeing Howard’s quoting of a piece—he calls it “the capital statement on poetics which Ashbery appended to his curriculum vitae after The Tennis Court Oath [1962] was published”—

What I like about music is its ability of being convincing, of carrying an argument through successfully to the finish, though the terms of this argument remain unknown quantities. What remains is the structure, the architecture of the argument, scene or story. I would like to do this in poetry.

—that, too, appear’d in the Paris Leary / Robert Kelly anthology, A Controversy of Poets (1965), and is quoted widely, along with its far less certain, or quotable, continuation:

I would also like to reproduce the power dreams have of persuading you that a certain event has meaning not logically connected with it, or that there is a hidden relation among disparate objects. But actually this is only a part of what I want to do, and I am not even sure I want to do it. I often change my mind about my poetry. I would prefer not to think I have any special aims in mind . . .

As Ashbery puts it in “Self-Portrait in a Convex Mirror”:

That is the tune but there are no words.
The words are only speculation
(From the Latin speculum, mirror):
They seek and cannot find the meaning of the music.

And, later: “no / False disarray as proof of authenticity.”

* Rather strangely, later Howard dully mocks the Rousselian beauté strictement littéraire in a footnote: “If you write a poem by taking the last line from every third chapter of each green-bound book on your shelves, and rhyming the last word of each with the first word of each fourth line, adding the name of a soft drink, an Aristotelian category and an expletive from the comic strips to every other line, you will have cunningly constructed a poem whose beauties are strictement littéraire.” 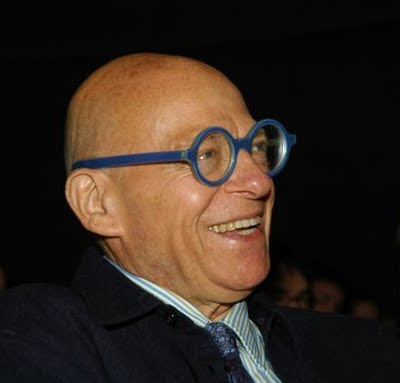