Shooting through town in the still hard-edged night, the bicycle light’s yellow beam cock-eyed and wavering, a sort of diminuendo of verve in line with the seemingly intractable ongoingness of catastrophes partout. One recalls Bogart’s quip in Casablanca: “I’m no good at being noble, but it doesn’t take much to see that the problems of three little people don’t amount to a hill of beans in this crazy world.” Tempt’d to cease all movement, to mug and muff catatonic: to sit one out. A cultural moment of refusal and sobriety. Think of Yeats’s line in the sharply-word’d “Introduction” to The Oxford Book of Modern Verse, 1892-1935 regarding the “revolt against Victorianism”—“a revolt against irrelevant descriptions of nature, the scientific and moral discursiveness of In Memoriam—‘When he should have been broken-hearted,’ said Verlaine, ‘he had many reminiscences’—the political eloquence of Swinburne, the psychological curiosity of Browning, and the poetical diction of everybody.” Adds: “Poets said to one another over their black coffee . . . ‘We must purify poetry of all that is not poetry.’” And:

Then in 1900 everybody got down off his stilts; henceforth nobody drank absinthe with his black coffee; nobody went mad; nobody committed suicide; nobody joined the Catholic church; or if they did I have forgotten.

Point is, isn’t a mighty shift inevitable? Some continual accountancy of unleash’d verbiages here and there due its comeuppance? Stir’d by Mark Scroggins’s recent reminder to chase down a copy of Helen Carr’s formidable and lively book, The Verse Revolutionaries: Ezra Pound, H. D. and the Imagists (Jonathan Cape, 2009). How read Walter Pater radically process-orient’d-in-the-flux nudge against the newspaper reports of doings at the Fukushima Daiichi power plant? Carr, talking of Pater’s “radical apostasy from Victorian values,” writes:

Pater’s is a post-Christian doctrine. In a world without a divine plan, without recompense in another existence, all we have is the brief span of human life; as one of his most famous passages puts it:

Not the fruit of experience, but experience itself, is the end. A counted number of pulses only are given to us of a variegated, dramatic life . . . While all melts under our feet, we may well catch at any exquisite passion . . . we have an interval, and then our place knows us no more. Some spend this interval in listlessness, some in high passion, some, the wisest, . . . in art and song . . . For art comes to you proposing frankly to give nothing but the highest quality to your moments as they pass, and simply for those moments’ sake.

Or is it simply predictable and canny that Pater’s remarks—out of the “Conclusion” to The Renaissance: Studies in Art and Poetry—ought to gut-punch one with a kind of vacillatory relevance today? (Vacillatory: carpe diem’s just made for crises, isn’t it? That is, a crisis is what bumps one out of the habitual tilt. Pater: “. . . our failure is to form habits: for, after all, habit is relative to a stereotyped world . . .”) One chunk of what Carr’s quoting elides talks of death’s ever-salient taint and inevitable smiting:

One of the most beautiful passages of Rousseau is that in the sixth book of Confessions, where he describes the awakening in him of the literary sense. An undefinable taint of death had clung always about him, and now in early manhood he believed himself smitten by mortal disease. He asked himself how he might make as much as possible of the interval that remained; and he was not biassed by anything in his previous life when he decided that it must be by intellectual excitement, which he found just then in the clear, fresh writings of Voltaire. Well! we are all condamnés, as Victor Hugo says: we are all under sentence of death but with a sort of indefinite reprieve—les hommes sont tous condamnés à mort avec des sursis indéfinis: we have an interval, and then our place knows no more.

Unshakeable, though, is my sense that there’s a kind of undispell’d and fully requited leisure required for the approach. If, as Pater puts it, translating Novalis’s Philosophiren ist dephlegmatisiren vivificiren, “The service of philosophy, of speculative culture, towards the human spirit, is to rouse, to startle it to a life of constant and eager observation,” one’d best not be beset by seemingly constant, and rampant, failures. Against that, one turns, not to the “hard, gem-like flame” of a moment’s noticing select’d out of the uproarious flux—but to bodily intervention, aid, and succor. 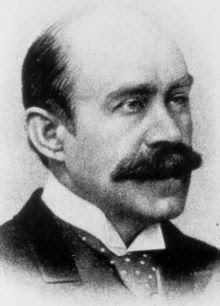