If “form” means the quiet that attends the achieved . . . Something Hugh Kenner says (A Homemade World). My ambivalence, beginning to accrue (like “beginning to sun”), regarding the daily prose pursuance, its inexplicit fatidic ruts and rejoinders, its breezy sampling lunacy, its posture of delivery. Is there something inertial about writing? How, stop’d, it contents itself with minims of nothingness? And, going, must needs rave and thrash to dissemble, like an itch? “The quiet that attends the achieved”: Kenner’s talking about Oppen’s “systems of small words.” And I admit: there’s a longing for the ding’d certifiable music of the inexpungeable regulars, the foot soldiery, the grunts (“The little words that I like so much, ‘tree,’ ‘hill,’ and so on,” is how Oppen puts it, albeit noting sensibly enough: “just as much a taxonomy as the more elaborate words.”) The “purity” or “inherent fealty to the thing” or “just motility” of “tree” no greater than (nor less than) that of “conifer” or “baobab.” Rhetoric akin to dialectic, that tussle for one’s own-ness: Aristotle’s line about the “virtue of style [lexeōs aretē]” is found’d on both clarity (“to be clear”) and what’s “fit” (“neither flat nor above the dignity of the subject, but appropriate [prepon]”). Propriety in its pre-“correctness” meanings: particularity’s fit. What did Jack Spicer mean by the Robin Blaser-report’d line: “My vocabulary did this to me”? (He add’d, enigma-prone to the end: “Your love will let you go on.”) So, umpteenth and counting, I look severely into the pit of “Thing Language,” its off-stride seemingly allegorical jump-off, feet pedaling in the air:

This ocean, humiliating in its disguises
Tougher than anything.
No one listens to poetry. The ocean
Does not mean to be listened to. A drop
Or crash of water. It means
Nothing.
It
Is bread and butter
Pepper and salt. The death
That young men hope for. Aimlessly
It pounds the shore. White and aimless signals. No
One listens to poetry.

One way to proceed is simply to write oneself into a corner’d contingency “wherein” any subsequent “move” is either pointlessly abrupt, or self-annihilating: “tapavada pow.” (Aristotle, too, calls wit “cultured insolence.”) So that, frankly, I cannot comprehend the (apparently Heideggerean) stance of the “achieved” piece Kenner is pointing to, epigraph and tag to Discrete Series—

The knowledge not of sorrow, you were
saying, but of boredom
Is—aside from reading speaking
smoking—
Of what, Maude Blessingbourne it was,
wished to know when, having risen,
“approached the window as if to see
what really was going on”;
And saw rain falling, in the distance
more slowly,
The road clear from her past the window-
glass—
Of the world, weather-swept, with which
one shares the century.

Out of Oppen’s notebooks: “Heidegger’s statement that in the mood of boredom the existence of what-is is disclosed, is my Maude Blessingbourne in Discrete Series who in ‘boredom’ looks out the window and sees ‘the world, weather-swept, with which / one shares the century.’” The lovely languors of that sentence—“ The knowledge not of sorrow . . .” and how it upticks something in medias res (“you were saying”)—one’s caught in the slurry of the world, succumbs to its pitchiness. And there, nodding amidst the insular and temperate seas, comfort’d and eschew’d, there’s where disclosure occurs. Boredom hardly enters in. One recalls the pleasures of puttering (in lieu of writing) of one Edward Gorey’s eccentrics (The Unstrung Harp; or, Mr Earbrass Writes a Novel): “Mr Earbrass belongs to the straying, rather than to the sedentary, type of author. He is never to be found at his desk unless actually writing down a sentence. Before this happens he broods over it indefinitely while picking up and putting down again small, loose objects; walking diagonally across rooms; staring out windows; and so forth. He frequently hums, more in his mind than anywhere else, themes from the Poddington Te Deum.” (Of Maude Blessingbourne’s inventor Henry James, Gorey admit’d: “I think Henry James is non existent. The longer he goes on, the more he explains, until there is nothing left.”) Une œuvre inachevée. 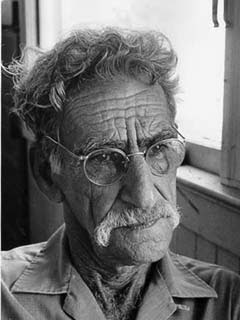