An okay without consequence, sung out, laugh’d off. Nobody stirs a limb. Agreeableness, its easy capacity for resistance. Auden call’d Henry James’s travel notes in The American Scene “a prose poem,” a book that ask’d one to read “slowly, for it is no more a guide book than the ‘Ode to a Nightingale’ is an ornithological essay.” And, in a longish memo (with advice) regarding the “American writer,” that beast Auden’d attempt’d to become:

It is harder for an American than it is for a European to become a good writer, but if he succeeds, he contributes something unique; he sees something and says it in a way that no one before him has said it. Think of the important American writers of the past—Poe, Emerson, Hawthorne, Melville, Whitman, Emily Dickinson, Henry Adams, Henry James—or of any group of contemporary American poets—Eliot, Frost, Marianne Moore, Cummings, Wallace Stevens, Laura Riding—could any European country (except, possibly, Germany) produce writers who in subject matter, temperament, language, are so utterly unlike one another or anybody else? (Blake and Hopkins are the only English poets I can think of who might have been Americans.) Further, without mentioning names, is there any country where discipleship is attended by such disastrously banal results, in contrast to Europe where apprenticeship is the normal and fruitful state for the beginner?
The great danger for the young American writer is impatience. A wise uncle would advise him thus: “Publish nothing before you are thirty but study, absorb, experiment. Take at least three years over every book. Be very careful about your health and lead a life as regular as a commuter’s. Above all, do not write your autobiography, for your childhood is literally the whole of your capital.”
The great danger for the European writer on the other hand is, or rather was, indolence. (For the present and future, as the novels of Kafka testify, his situation is probably to be the “American” one.) It was easier for him to write fairly well, but much harder to write as well as he possibly could, because he was a cultural rentier. His problem was how to possess the past, to do which he had to choose a present, and he was always tempted to think that rebellion against the past was such a choice, which it was not, for the rebel is a mirror image of the conformist. He had in fact to become by art what the American writer is by nature, isolated, and perhaps the only advice as to how to achieve this that his wise uncle could have give was: “Get out, or get drunk, or get ill.”

That, in 1946. In advance of the preoccupying flood of the “disastrously banal” that currently daunts the land. How align’d is Auden’s sense of the American epidemic and solace of loneliness to, say, Charles Olson’s mercy-clobbering “SPACE” (”I take SPACE to be the central fact to man born in America, from Folsom cave to now. I spell it large because it comes large here. Large, and without mercy. It is geography at bottom, a hell of wide land from the beginning.”)? There’s a story Charles H. Miller records in Auden: An American Friendship of Auden’s tirade about “the true America, the land of the lonely! The land of eccentrics and outcast lonelies. ’The Lonelies’ could be the title of a grand unwritten American novel.” Auden proceeds to picture “a likely hero, the homosexual ‘queen’ of Niles, Michigan” who, “each evening when the New York-Chicago train pauses there to put off a passenger or so . . . meets the train.” And: “Such queens may speak with an affected accent or lisp, trying for individuality; they idolize New York or Hollywood, but never escape the hinterlands.” Somehow that recalls Auden’s fine outburst of Americanisms ending the James piece, wherein he deposits each of “us” “much nearer than one ever suspected” to “the ‘hereditary thinness’ of the American Margin, to ‘the packed and hoisted basket’ and ‘the torture rooms of the living idiom,’ nearer to the unspeakable juke-boxes, the horrible Rockettes and the insane salads, nearer to the anonymous countryside littered with heterogeneous dreck and the synonymous cities besotted with electric signs, nearer to radio commercials and congressional oratory and Hollywood Christianity, nearer to all the ‘democratic’ lusts and licenses . . .” Mergers out of loneliness making fealties of the crass, the banal. Recalling, too, D. H. Lawrence in Studies in Classic American Literature, faulting Whitman for refusing to make selecting part of the meaning of the impingement, the joinery (“The individuality had leaked out of him”):

Matter gravitates because it is helpless and mechanical.
And if you gravitate the same, if the body of you gravitates to all you meet or know, why, something must have gone seriously wrong with you. You must have broken your mainspring.
You must have fallen also into mechanization.
Your Moby Dick must be really dead. That lonely phallic monster of the individual you. Dead mentalized.
I only know that my body doesn’t by any means gravitate to all I meet or know, I find I can shake hands with a few people. But most I wouldn’t touch with a long prop.
Your mainspring is broken, Walt Whitman. The mainspring of your own individuality. And so you run down with a great whirr, merging with everything.

Evidence of something suspect (in Lawrence’s eyes) about Whitman’s continually bang’d out conglomeratory mustering of the citizenry. The “dead mentalized” crowd affect. So that one arrives at the yea-saying apex (“a yes without consequence”), a dud public self. 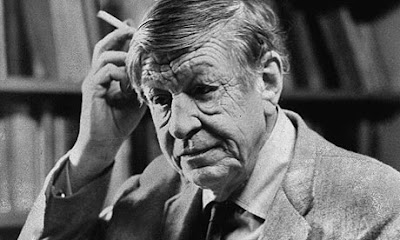