Lascano Tegui’s On Elegance While Sleeping

Reading the utterly odd and compelling Viscount Lascano Tegui’s On Elegance While Sleeping (Dalkey Archive, 2010), translated by Idra Novey. What to make of something like (three pages, uninterrupt’d):

The Middle Ages. Still? Yes, everything in that era had an obscure, sinister justification to it. All observation was still interwoven with faith, and faith is nothing more than atavistic fear, the instinctive cowardliness of man. If this fear could conceive of God, it could find a reason for anything—and everything had an explanation in the Middle Ages. The need for effects gave birth to stupendous causes. Children today understand this instinctively; they can only admire those obsolete causes, seeing such beauty in their inscrutability. People have lost the rhythm of the supernatural. Montaigne said:

Myself passing by Vitry-le-Francois, saw a man the Bishop of Soissons had, in confirmation, called Germain, whom all the inhabitants of the place had known to be a girl till two-and-twenty years of age, called Mary. He was, at the time of my being there, very full of beard, old, and not married. He told us, that by straining himself in a leap his male organs came out; and the girls of that place have, to this day, a song, wherein they advise one another not to take too great strides, for fear of being turned into men, as Mary Germain was.

Upon hearing Madame Roland had been executed, her husband, then in hiding on a farm, took off across the fields to commit suicide. A few peasants heard the shot. Another Girondist dead.
They buried him along the roadside, so close to the topsoil that children broke off little tree branches and played at who would have the courage to poke the cadaver first.
For a time, the corpse made the ground above it somewhat pliable. Until one sunny day it caved in. Over the next few months, this hole collected water, with the shepherds’ mastiffs came to lap up with pleasure.

The Montaigne out of the Charles Cotton-translated “Of the Force of Imagination” (It begins: “I am one of those who are most sensible of the power of imagination: every one is jostled by it, but some are overthrown by it. It has a very piercing impression upon me; and I make it my business to avoid, wanting force to resist it.” And, later, there’s the lovely coy impertinence of: “The indocile liberty of this member is very remarkable, so importunately unruly in its tumidity and impatience, when we do not require it, and so unseasonably disobedient, when we stand most in need of it: so imperiously contesting in authority with the will, and with so much haughty obstinacy denying all solicitation, both of hand and mind.”)

So who’s the Viscount Lascano Tegui? Born Emilio Lascanotegui in 1887 in Concepción del Uruguay, Argentina. (Across the Río de la Plata, in Uruguay in 1846, Isidore Ducasse—the self-styled Comte de Lautéamont—’d enter’d the precincts of folly and extravagance, only to perish in Paris, aged twenty-four . . .) Around 1908, hatchet’d the originally Basque surname (Lascanotegui) in two (Lascano Tegui) and append’d the pseudonymous “Viscount.” Travel’d by foot through Africa and Europe, published a book of poetry call’d La sombra de la empusa (1910) under an apocryphal imprint in Buenos Aires: Leopoldo Lugones, chief Argentine exponent of Modernismo, brand’d it “abracadabra.” Work’d as translator at the International Bureau of Posts (Buenos Aires), dentist, and painter in Paris during World War I (Lascano Tegui exhibit’d paintings in group shows with Maurice Utrillo, Raoul Dufy, Amedeo Modigliani, &c). Other jobs: journalist, diplomat, muralist (in Venezuela) mechanic, orator (known, according to some, “to make incendiary speeches in perfect rhymed verse”), teacher of the culinary arts. Friend of Apollinaire and Picasso. De la elegencia mientras se duerme originally publish’d in Paris in 1925. Two other “autobiographical novels”—Álbum de familia and El libro celeste in 1936.

Of Lascano Tegui’s “journal” (with its oddly insistent nineteenth-century dating), he writes: “This journal I write, almost without wanting to, as dusk falls, doesn’t always paint a true picture of what’s happened to me. Rather, these are evocations of events, the memory of which passes its pen across my brow.” Some odd note of the unstoppable floodiness of memory, anybody’s (in the Steinian sense of everybody’s) memory, a world-memory with its claws sunk into the brain-meat of the individual (Lascano Tegui’s macabre voice coming through—he is capable of writing about hands “cut off by the butcher and hanging from two hooks like giblets”—and worse)—surely there’s a word in German, something like Welterinnerungsspur, a mash-up of “world” and “memory-trace” . . . Pound’s dictum: “all ages are contemporaneous” annealing to a single person’s percept. Here’s how it begins (undatedly):

The first time I entrusted my hands to a manicurist was the evening I was headed to the Moulin Rouge. The woman trimmed back my cuticles and polished my nails with an emery board. Then she filed them to points and finished up with some polish. My hands no longer looked like they belonged to me. I put them on my table, in front of my mirror, and changed their positions in the light. With the same sense of self-consciousness one feels when posing for a photographer, I picked up a pen and began to write.
That’s how I started this book.
At the Moulin Rouge that night I heard a woman standing nearby say in Spanish: “He cares for his hands like a man preparing for a murder.”

Obviously hinting at some incipient end (I know not)? I am pull’d (most) by the helplessness of the “I” inflict’d by writing hands (or murderous hands, même chose). Something of the brunt physicality of writing in that (Lascano Tegui says in an epigraph: “I write out of pure voluptuousness, I confess. . . . I know all the literary strategies intimately and despise them. The naiveté of my contemporaries pains me . . .”) That volupté (part of the Baudelairean invitation to “luxe, calme et volupté”) of the child. Lascano Tegui endlessly extols childhood against the monstrousness of man: “Justice is a painted gendarme whose colors rub off in our hands. . . . The trademark of our moribund society, of a nation unhinged, of men who don’t know how to hold on to the elegance they possessed as children, when man—that obese monster—happily slept.” 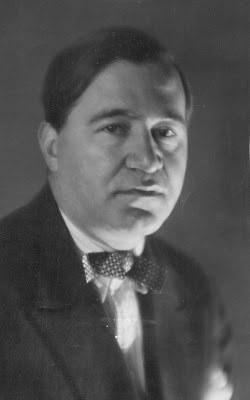