Mean sloop of morning, nothing in the cargo hold. Thinking, by roundabout means, of Benjamin Saltman’s Deck (Ithaca House, 1979), with its simplicity of form (“The deck was shuffled. The poems follow the sequence of the cards.”), its narrative hints like a crumb-trail—here’s “Four of Clubs”—

So ends part the first wherein Lady Isobel
practiced being ravished / not forced.

Something she could wait for handsomely and not miss
if it went past completely. Cultivating
held breath and lines slowly gathered like the stems
of her lips about her lips. Living with surprise
she could devote herself also to knowledge of soul
travel /
football/ transfiguration / rock / and the amelioration
of hairstyles. So when the future swung its hammer
down upon her anyway, she rushed to accept it
screaming “Oh, no!” Her cry fit well the day’s event.

—its affable epigraphy (“I’ve never torn up a deck of cards in my life, and I don’t believe in squeaking if you lose. —Amarillo Slim”). It’s whilst typesetting Deck that I initially encounter’d the thirteenth century love story of Aucassin and Nicolette (“‘But I think of little farms’ said Aucassin at last / ‘eroding, and corrupt colors distracting the unemployed / from their pleasure . . .’”) so that, reading, out of Helen Carr’s Verse Revolutionaries: Ezra Pound, H. D. and the Imagists, of Dr. Williams’s line (Autobiography), “Together with Hilda Doolittle (‘H. D.’) I discovered in those days, the wonders of Aucassin and Nicolette, the prose and the verse alternating,” combined with Carr’s remark that “What . . . seized Williams’ interest, significantly enough, was not the story’s romance but its experimental form, the way it blurred the categories of poetry and prose as he was to do so much himself,” I find myself with something of a full house. There’s poet Andrew Lang’s 1887 translation (Carr: “something of a cult book of the period, having been popularized by Pater’s enthusiastic endorsement in The Renaissance, where he praised the story as a folk version of Provençal love poetry, ‘reaching, by lightness of form and comparative homeliness of interest, an audience which the concentrated passion of those higher lyrics left untouched.’”) Lang says of the “peculiar” form of Aucassin and Nicolette:

We have nothing else from the twelfth or thirteenth century in the alternate prose and verse of the cante-fable . . . We have fabliaux in verse, and prose Arthurian romances. We have Chansons de Geste, heroic poems like “Roland,” unrhymed assonant laisses, but we have not the alternations of prose with laisses in seven-syllabled lines. It cannot be certainly known whether the form of “Aucassin and Nicolete” was a familiar form—used by many jogleors, or wandering minstrels and story-tellers such as Nicolete, in the tale, feigned herself to be,—or whether this is a solitary experiment by “the old captive” its author . . .

Pater points to the “roughness” (and newness) of the form:

The writer himself calls the piece a cantefable, a tale told in prose, but with its incidents and sentiment helped forward by songs, inserted at irregular intervals. In the junctions of the story itself there are signs of roughness and want of skill, which make one suspect that the prose was only put together to connect a series of songs—a series of songs so moving and attractive that people wished to heighten and dignify their effect by a regular framework or setting. Yet the songs themselves are of the simplest kind, not rhymed even, but only imperfectly assonant, stanzas of twenty or thirty lines apiece, all ending with a similar vowel sound. And here, as elsewhere in that early poetry, much of the interest lies in the spectacle of the formation of a new artistic sense. A new music is arising, the music of rhymed poetry, and in the songs of Aucassin and Nicolette, which seem always on the point of passing into true rhyme, but which halt somehow, and can never quite take flight, you see people just growing aware of the elements of a new music in their possession, and anticipating how pleasant such music might become.

Carr: “William may not have know what Pater said about its form, though H. D. and Pound undoubtedly did, but intriguingly in Pater’s interpretation Aucassin and Nicolette uncannily echoes the tentaibe move toward new possibilities inpoetry that the three young poes we making.” (Pound—he, too, attract’d by the form—’d writ in The Spirit of Romance (1910) that the story “owes its immortal youth purely to the grace of its telling,” putting it pointedly “in antithesis” to “the Tristan and Ysolt legend”—“which owes its beauty to its theme.”) One wonders, looking hard into Williams’s Spring and All (1923), with its welter of prose and poetry, reading lines like “the imagination, drunk with prohibitions, has destroyed and recreated everything afresh in the likeness of that which it was” and reference to “that process of miraculous verisimilitude, that great copying which evolution has followed, repeating move for move every move that it made in the past” (though Williams proclaims its “end”: “THE WORLD IS NEW”), if there isn’t a nod toward the thirteenth century jogleor (out of the Latin joculātor joker, equivalent to joculā (rī) to joke + -tor), the viel caitif whose approach to the love of Aucassin and Nicolette is semi-serious, burlesque’d, mock’d a little. Like Williams’s own (“It has been always a search for ‘the beautiful illusion.’ Very well. I am not in search of ‘the beautiful illusion.’”) Or like Saltman’s (see the epigraph: “‘To think,’ said Mr. Oakhurst, as he rose from a ten minutes’ sitting with a gain of five thousand dollars,—‘to think there’s folks as believes that keerds is a waste of time.’ —Bret Harte”). (One odd find: Williams’s friend Charles Demuth’s 1921 painting call’d “Aucassin and Nicolette.”) 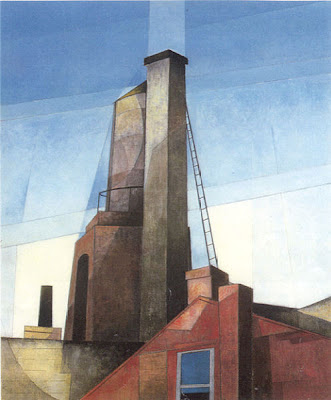 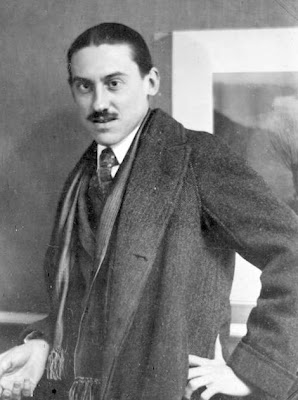 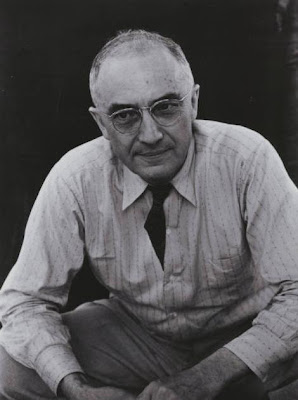