Influenza’d in the city. (And, with the grainy immediacy of a video “clip” one thinks of Frank O’Hara, with lips not working quite right, white-shirt’d and hungover, reciting “Is it dirty / does it look dirty / that’s what you think of in the city . . .”) Alphonse Daudet contract’d syphilis at the age of seventeen, and perish’d of it at fifty-seven. One is fell’d by a lurch, travels with grit’d teeth, and mends, impermeably mends. Returns like a model citizen and shovels out. I like the imbecility the sudden loss of contextual markers offers “up.” Idiot shuffles in fever-drench’d clothes, all streets petering out to join the big one way street. Daudet call’d Pascal “a neurotic in the full meaning of the word”: “He spent his life dying.” (In The Emperor Jones Eugene O’Neill writes: “Man is born broken. He lives by mending. The grace of God is the glue.”) Daudet (out of In the Land of Pain), how pain invades in a prolong’d series of firsts:

At first, a heightened awareness of sound: the noise of the shovel, tongs near the hearth, the screech of doorbells; the ticking watch, a spider’s web on which work begins at four in the morning.

Hyper-sensitivity of the skin, loss of sleep, then coughing up blood.

The ‘breastplate’: my first awareness of it. Suffocation, sitting up in bed, panicking.

The first moves of an illness that’s sounding me out, choosing its ground. One moment it’s my eyes; floating specks, double vision; then objects appear cut in two, the page of a book, the letters of a word only half read, sliced as if by a billhook; cut by a scimitar. I grasp at letters by their downstrokes as they rush by.

One of Daudet’s sons, Léon, grew up to co-found, with Charles Maurras, the ultra-nationalist, royalist, and anti-semitic group, L’Action française. (Daudet himself: so myopic that “he once talked for a quarter of an hour to a rug thrown over a chair, in the belief that it was Edmond de Goncourt.”) And O’Hara, in a hurry: “Run your finger along your no-moss mind / that’s not a thought that’s soot.” 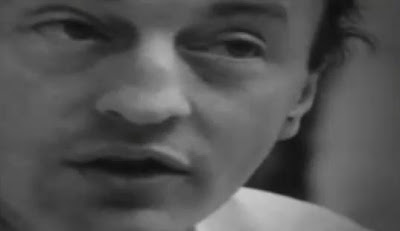