The ruse of numbness, bedaub’d by light. Solitary statuary. All intent off. The formal method “reduced to a set of books” (Shklovsky). “Forgot to tighten the coordinates of time and space in my story.” In the raw velvety morning light, color of a bruise: two raccoon pups chittering in an oak, roughhousing, thirty feet up. Who recalls the bewig’d and moderate Heneage Finch, father of equity? Shklovsky recalling “the coming of electricity”: “crawling on all fours and burning with a yellow light.” (Pasternak likening the “blue-green shadows” to “ointment,” “a deliberate moving mass.” Eliot’s “yellow fog that rubs its back upon the window-panes, / The yellow smoke that rubs its muzzle on the window-panes . . .”) And Flaubert, who knew little of solace, shouting sentences into the purulent nights of Croisset where now the zone industrielle extends its brute rachitic cranes and levers, writing to Edmond and Jules de Goncourt, 3 July, 1860:

I love history, madly. I find the dead more agreeable than the living. Where does the seductiveness of the past come from?

Flaubert, the pukka contradictory (“My basic character, whatever anyone may see, is that of the mountebank”):

Even now, what I love above all else is form, provided it be beautiful, and nothing beyond it. Women whose hearts are too ardent and whose minds are too exclusive do not understand this religion of beauty, beauty considered apart from emotion. They always demand a cause, an end. I admire tinsel as much as gold: indeed, the poetry of tinsel is even greater, because it is sadder. The only things that exist for me in the world are splendid poetry, well-turned, harmonious, singing sentences, beautiful sunsets, moonlight, pictures, ancient sculpture, and strongly marked faces. Beyond that, nothing.

The time for Beauty is over. Mankind may return to it, but it has no use for it at present. The more Art develops, the more scientific it will be, just as science will become artistic. Separated in their early stages, the two will become one again when both reach their culmination. It is beyond the power of human thought today to foresee in what a dazzling intellectual light the works of the future will flower. Meanwhile we are in a shadowy corridor, groping in the dark. We are without a lever; the ground is slipping under our feet; we all lack a basis—literati and scribblers as we are. What’s the good of it all? Is our chatter the answer to any need? Between the crowd and ourselves no bond exists. Alas for the crowd; alas for us, especially. But since there is a reason for everything, and since the fancy of one individual seems to me just as valid as the appetite of a million men, and can occupy an equal place in the world, we must (regardless of material things and of mankind, which disavows us) live for our vocation, climb into our ivory tower, and there, like a bayadere with her perfumes, and dwell alone with our dreams.

“Bayadere”: a Hindu dancing girl. Même lettre: “I envision a style: a style that would be beautiful, that someone will invent some day, ten years or ten centuries from now, one that would be rhythmic as verse, precise as the language of the sciences, undulant, deep-voiced as a cello, tipped with flame: a style that would pierce your ideas like a dagger, and on which your thought would sail easily ahead over a smooth surface, like a skiff before a good tail wind. Prose was born yesterday: you have to keep that in mind. Verse is the form par excellence of ancient literatures. All possible prosodic variations have been discovered; but that is far from being the case with prose.” I love that combo of fatuous bombast and gruff to-the-pointedness. Mot juste-ism interrupt’d by unabash’d Quaaludesque blithery. (Shklovsky: “Writers are not streetcars on the same circuit.”) That implacable unburnish’d veering like a wrestling match in a tree. (See Bottom: “Man is but an ass, if he go about t’ expound . . . Methought I was—there is no man can tell what. Methought I was, and methought I had—but man is but a patch’d fool, if he will offer to say what methought I had. . . .”) 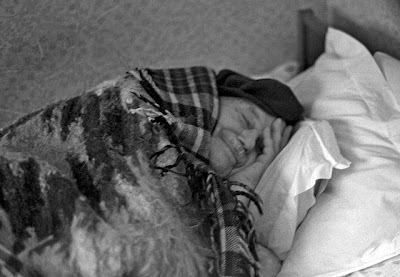