“Polyphonic, shifting, fickle”—being Harold Schimmel’s taut memo regarding “the style of the qasida”—work’d up in number’d apologia (“The apparatus of poetry itself . . . a poem as a formal mode without center, a qasida. ”) Out of the Peter Cole-translated Qasida (Ibis Editions, 1997). One item: “A surfeit of transformations against the ground of the changeless, as in a sex manual.” Another: “Ostrich, ‘a camel bird,’ the largest of fowl. Indiscriminate gluttony, an appetite for hard material which it swallows to aid digestion. Nonsense. Wives’ tales.” Knottings up, local storms, tracks made by countless feet, “unweighable evidence”: form construed by what is gather’d “around the question of an ‘I’” (“The ‘I’ in the qasida is compound . . . Comprehensive, malleable, taking up and dropping guises.”) Schimmel:

Mne-mon. A suggested unit defined as the smallest physical change in the nervous system encoding a single trace.

According to the qasida’s poetics, the time to begin to gather these memory units is when they are ripe, immediately.

(“The firmness and smallness of the dung. Therefore resembling ‘peppercorns.’ What once resembled berries, soft, black, and oily.”) Olson’s note—“The unit the smallest there is”—and that insistent “the smallest particle of all, the syllable. . . . king and pin of versification” sidles around Schimmel’s text (“What is the smallest unit one can still measure”)—that and its obverse, “forward-urging” projectingness: “spill is essential.” (Schimmel’s “The line is built with nouns. A concatenation of nouns. A chain like a caravan of camels. Like a constellation of marks within a tattoo” runs somewhat counter to Olson’s rebuke in “Projective Verse” of Hart Crane’s “singleness of the push to the nominative . . . along that one arc of freshness, the attempt to get back to word as handle.” Olson’s so jazz’d by the “VERB” that he distrusts “word as handle”: “The descriptive functions generally have to be watched, every second . . . because of their easiness”—a distrust that results in the Olsonian “processual” gaffe of: “Observation of any kind is, like argument in prose, properly previous to the act of the poem . . .”)

It is entirely conceivable that life’s splendor surrounds us all, and always in its complete fullness, accessible but veiled, beneath the surface, invisible, far away. But there it lies—not hostile, not reluctant, not deaf. If we call it by the right word, by the right name, then it comes. This is the essence of magic, which doesn’t create but calls.

The Light at the Root of All Things

Splendor surrounds us, as Kafka says,
invisible, and far away.
Will the right word reveal it?
Will the right name enter its ear and bring it forth like a sun?

He says you have to call, and not wait—
It’s not hostile, it’s not deaf.
I’d guess, if you got them right,
it’s like, when it appears, just what’s in front of you,
Something inveterate, some thing indestructible.

Persistence and obstinacy of fickle light itself. Some unsung (“indestructible”) balance between the lorn evidentiary and its call’d-up half-expect’d compensatory. (Think of Dickinson’s “Presentiment—is that long shadow—on the Lawn— / Indicative that Suns go down— // Monition to the startled Grass / That Darkness—is about to pass—”) If I shift and realign, if I flit and disgorge, if I dip and readjust (pans in the balance bobbing along columns of air) . . . Harold Schimmel and Charles Wright served in the military together in Italy (Schimmel later immigrated to Israel). See the piece in Wright’s “Tattoos” annotated “Harold Schimmel’s morning prayers; Positano, Italy”:

A tongue hangs in the dawn wind, a wind
That trails the tongue’s voice like a banner, star
And whitewash, the voice
Sailing across the 14 mountains, snap and drift,
To settle, a last sigh, here.

That tongue is his tongue, the voice his voice:
Lifting out of the sea
Where the tongue licks, the voice starts,
Monotonous, out of sync,
Yarmulke, tfillin, tallis,

Calling up the light, what’s there in front of you. (Schimmel, in Qasida: “What’s the point of adding light to light. How will you thereby multiply its sufficiency.”) 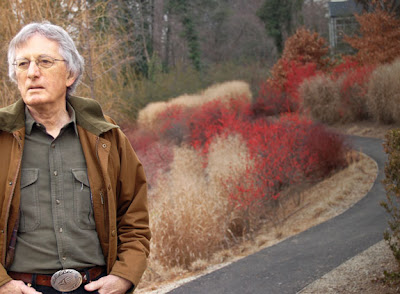