Margaret Randall’s put together a small retrospect of three years—twelve issues—of El Corno Emplumado, the internationalist quarterly she edit’d with Mexican poet Sergio Mondragón in Mexico City between 1962 and 1969. She writes: “The journal’s name combined the jazz horn of the north and the bright feathers of Mesoamerica’s Quetzalcoatl, signifying a mix of cultures from two hemispheres, although during its life El Corno—as it came to be known—also published work from Finland, India, Spain, and many other parts of the world.” And, aiming toward the ecumenical, the eclectic:

We prided ourselves in showcasing work by communist guerrillas, Catholic priests, indigenous poets, consecrated masters and those publishing for the first time, irrespective of whatever style or group was fashionable. Quality was our criteria. We adjusted the page to the requirements of the word rather than the other way around. We printed as much translation as possible, making such poets as Allen Ginsberg available for the first time in Spanish and Ernesto Cardenal in English. Each year’s final issue was a book by a single author, in completely bi-lingual facing-page format. We also featured important anthologies from a single country or, occasionally, a single poetic movement.

(Some notable issues: El Corno #14, with an Anselm Hollo-edit’d anthology of new Finnish poetry; El Corno #23, “a comprehensive anthology of new Cuban writing that, because of the U. S. blockage, had previously been unavailable to readers in other parts of the world”; and El Corno #10, including “what we then called primitive poetry—from the Comanche, Paiute, Tlingit, Arapaho, Easter Island, Ojibway, Eskimo, Bailas, Pigmy, Nahua, Sioux, Pima, Somali, Quechua, Cuna, Maya, Guarao, and Otomi traditions” and “an anthology of the new Concrete Poetry of Brazil.”) Randall and Mondragón included artwork, too, in El Corno Emplumado. Drawings by Leonora Carrington, Elaine de Kooning, Juan Soriano, Carlos Coffeen Serpas, and writing by Milton Resnick appear’d El Corno #1.

Randall’s retrospect begins with a piece by Philip Lamantia (she and Mondragón’d met in 1961 at Lamantia’s place in the Zona Rosa of Mexico City):

. . . holding my breath for two minutes
deep obeisance—praying almost all the time in this halfmoon
no / season night
going to get Higher
looking at ancient TV movies
digging this sensitive youth 66 days in Huntsville Prison
“hell on earth”     “git that cotton,
boy!”
where you can be shot dead by trusty guards
taking ten yrs off their life sentences
for every con they “git”
in now total recall of jails pools
Indian ceremonials looking at long lost light of
Antique Greece
Smelling out Coptic sounds— . . .

A chunk pull’d out, though likely a good index of two prevalent notes in El Corno: surrealism and social justice. Randall quotes some lines out of a Robert Kelly letter in #1 and says: “our Letters came to be one of the journal’s most eagerly awaited sections.” And proceeds—amongst poems by Creeley, Blackburn, Wakoski, Carol Bergé, Paz, Rothenberg, Montale, Neruda, Thomas Merton, Dorn, Eshleman’s Vallejo, &c.—to quote a couple of terrific excerpts. One, out of Kyoto, Gary Snyder, c. 1962, undeniably prescient:

America five hundred years ago was clouds of birds, miles of bison, endless forests and grass and clear water. Today it is the tired ground of the world’s dominant culture . . . Industrial-urban society is not “evil” but there is no progress either. As poet I hold the most archaic values on earth. They go back to the Neolithic: the fertility of the soil, the magic of animals, the power-vision in solitude, the terrifying initiation and rebirth, the love and ecstasy of the dance, the common work of the tribe. A gas turbine or an electric motor is a finely-crafted flint knife in the hand. It is useful and full of wonder, but it is not our whole life (. . .)

And (continuing the plus ça change . . . medley), Theodore Enslin, writing in 1963, out of an (already) “longtime retreat in the Maine woods”:

One other thing that bugs me there [New York City] is this slavish admiration of experiment qua experiment, I have no objection to any of it and some of it is highly stimulating and rewarding. But it can’t end there, it’s a hangover from the teens and twenties when experiment was necessary, if anything more was to happen . . . We need some summations—good ones. But my real objection is to the almost religious mystique that attaches to anything that is ‘experimental.’ Cage is a prime offender, at least his cohorts make him that. And then this creeping over into other things—social consciousness and all that. Cid says, ‘Damned if all this non-art doesn’t get pretty arty,’ and I agree wholeheartedly (. . .)

And, something by the wholly strange Raquel Jodorowsky (“born in Chile of Russian parents but considers herself Peruvian”):

I was four thousand feet high . . . In the heart of stone of the Andes. The open mouth of the earth surprised me with its deep color. Like one of her fruits, the coffee bean. There all colors acquire qualities strange to their natures. Some fruits are a timid red, other a violent crimson. The reticent green, the bountiful green of certain trees; the robber’s blue, honorable blue, virtues and defects almost human, scale of values also applicable to the animals with whom these Andes men live without appreciable difference. A difficult earth, only a bit of earth stretched over the sleeping eye of a volcano . . .

Took, too, by an early rendering by Clayton Eshleman of one of César Vallejo’s ever-pertinent “Poemas Humanos”:

A man passes with a loaf of bread on his shoulder
So I’m going to write after that about my double?

Another seats himself, scratches, picks a louse out of his armpit, kills it
With man valor to speak of psychoanalysis?

Another has climbed into my chest with a stick in his hand
Speak then about Socrates to the doctor?

A cripple passes giving his arm to a child
Like I am going to read André Breton?

Another trembles with cold, coughs, spits blood
Will it ever be possible to evoke the profound I?

Another looks in the mud for bones, rinds
How can I write after that about the Infinite?

A bricklayer falls from a roof, dies and doesn’t eat his lunch
Innovate then the trope, the metaphor?

A storekeeper steals a gram in weight from a customer
Talk after that about the fourth dimension?

A banker falsifies his balance
With what expression to weep in the theatre?

An outcast sleeps with his feet to his back
Talk after that to anyone about Picasso?

Somebody walks sobbing to a burial
So I’m going to enter the Academy?

Somebody cleans a rifle in their kitchen
With what courage can I speak of the beyond?

Someone passes counting on his fingers.
How can I speak of the not-I without a cry?

And, out of Eshleman’s magisterial César Vallejo: The Complete Poetry (University of California Press, 2007), the same piece revised:

A man walks by with a baguette on his shoulder
Am I going to write, after that, about my double?

Another sits, scratches, extracts a louse from his armpit, kills it
How dare one speak about psychoanalysis?

Another has entered my chest with a stick in hand
To talk then about Socrates with the doctor?

A cripple passes by holding a child’s hand
After that I’m going to read André Breton?

Another trembles from cold, coughs, spits blood
Will it ever be possible to allude to the deep Self?

Another searches in the muck for bones, rinds
How to write, after that, about the infinite?

A bricklayer falls from a roof, dies and no longer eats lunch
To innovate, then, the trope, the metaphor?

A merchant cheats a customer out of a gram
To speak, after that, about the fourth dimension?

A banker falsifies his balance sheet
With what face to cry in the theater?

An outcast sleeps with his foot behind his back
To speak, after that, to anyone about Picasso?

Someone goes to a burial sobbing
How then become a member of the Academy?

Someone cleans a rifle in his kitchen
How dare one speak about the beyond?

Someone passes by counting with his fingers
How speak of the non-self without screaming? 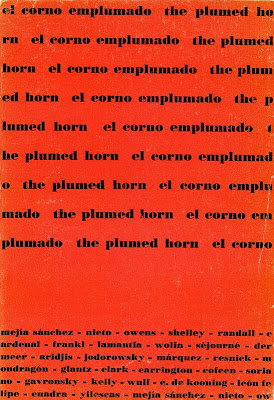 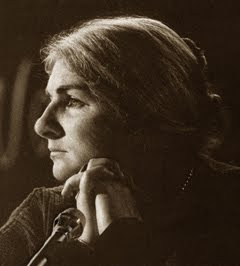