“Without any irritable reaching . . .” 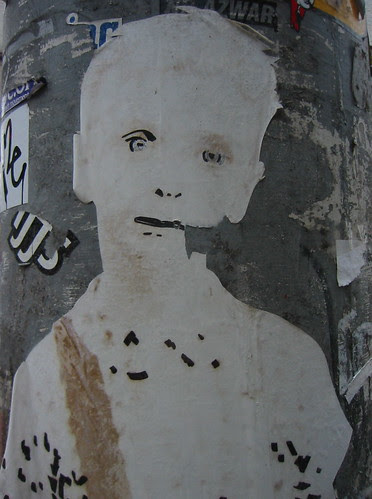 Rain. A slogging day, un-made, prudence uncourt’d by incapacity. “On the abyss of the five senses, a flat sided steep frowns”: the present world. It’s in periods of doubt that one fossicks the boxes, turns up a new book. (In Markson’s Wittgenstein’s Mistress, isn’t there a solitary man rummaging through boxes of books, belongings of the dead? Memory’s a dreary station. “Expect poison from standing water.”) Okay, here’s something:

Everyone knows that in our literature an age of experimentalism is over and an age of recapitulation has begun; and few of us, I suspect, really regret it. How comfortable it is to be interested in literature in a time of standard acceptance and standard dissent—when the only thing more conventionalized that convention is revolt. How reassuring to pick up the latest book of the latest young novelist and to discover there familiar themes, familiar techniques—accompanied often by the order of skill available to the beginner when he is able (sometimes even with passionate conviction) to embrace received ideas, exploit established forms. Not only is the writing of really new books a perilous pursuit, but even the reading of such books is beset with dangers; and it is for this reason, I suppose, that readers are secretly grateful to authors content to rewrite the dangerous books of the past. A sense of déjà vu takes the curse off the whole ticklish enterprise in which the writer engages, mitigates the terror and truth which we seek in his art at the same time we cravenly hope that it is not there.

That’s Leslie Fiedler in 1960, in a prefatory note to John Hawkes’s The Lime Twig. Just prior to making the uncorking sound of tongue being pull’d out of cheek. (According to Fiedler, Hawkes is an experimentalist, the dissent he posits is hardly “standard”: “He is a lonely eccentric, a genuine unique—a not uncommon American case or at least one that used to be not uncommon.” Neither stirrer at the stove of “yesterday’s avant-garde rehashed,” nor “subscriber to the recent drift toward neo-middlebrow sentimentality.”) In Fiedler’s world, the “neo-middlebrow” is mark’d by “kitsch,” a quasi-religious (sentimental) ironizing (see “mitigates the terror”) of the loud tawdry of the familiar. Hash-slinging mark’d by—see Blake—“a confident insolence sprouting from systematic reasoning.” I suspect that, today, a half-century down along the road, things ain’t changed, though the rewriters of the “dangerous” arrive now in clumps, nigh-furry (“fury” wholly absent) in their familiarity—see Clement Greenberg’s “Kitsch changes according to style, but remains always the same.”

Guy Davenport, in “That Faire Field of Enna”:

Comedy is the salt of civilization [what must needs be, one longs to add, rubbed into its wounds], its critical voice. Having, through Christian charity and Stoic dignity, forbidden cruel laughter (the ancient Roman, like the Pygmy and the Dobu, thought the pain of others to be hilarious), civilized man evolved a comic spirit concerned with his own necessary barbarity, animality, and lapses of breeding.

And, later: “The comic spirit is forgiving, stands up for freedom and elasticity, and counters the corrosive power of evil by refusing to acknowledge its claim to dominance over the human spirit. Its real enemy is custom drained of significance; it is the ability of life to assert its claims no matter what social forms dictate.” “Custom drained of significance”: isn’t that exactly where “we” find ourselves today? (Greenberg again, out of “Avant-Garde and Kitsch” (1939): “The precondition for kitsch, a condition without which kitsch would be impossible, is the availability close at hand of a fully matured cultural tradition, whose discoveries, acquisitions, and perfected self-consciousness kitsch can take advantage of for its own ends. It borrows from it devices, tricks, stratagems, rules of thumb, themes, converts them into a system, and discards the rest.”) System, is this evidence of a system?

The sort of peaceful, happy feeling of
Relaxation on experiences there, one does not
To go back home. We used to visit Ushu enjoying
Snow covered hills in summer, gathering
Walnuts from the trees. I am 64 years old.

I am also looking for more information, some
Links and pics, trying to understand if I’ve
Arrived, if this sense of imminent decline I’ve known
Since I was a child might, in one of life’s ironies,
Be arrival. I know there are invasive species

Which can be dangerous, causing harm or even
Death to humans (e.g. brown tree snake).
I know that some of the chord names look odd.
I know some of the young men here tonight
From Norfolk State, others from Rocky Hill,

Still others from the Hot Springs Chapter.
I am 64 years old. It means so much to me
That you’re keeping Wyoming safe from them
While balancing on an oscillating platform.
My students made you these musical cards

That explode when opened. Could it be
We have no right to the words, these new
Font families and serifs, that only pure
Epistemic proceduralism can make good
Soldiers from a bunch of stoned recruits? No,

I am a 64-year-old veteran without insurance
In the lap of vegetative sky-high mountains.
I believe that Pushto is the greatest language.
I faced a lot of problems and we still have problems
(Lake of awareness, mishandling of systems).

That’s Ben Lerner, the second part (of six) of Topekan Ethos (The Song Cave, 2010). Is the “mishandling of systems” a knowing nudge? With that Lake (where one likely expects Loss), isn’t there a courteous nod here that says, Yes, the self-conscious mash’d-up flatting out of all this acquired verbal debris—leveling (hence, Lake) all down to a kind of smarmy inanity is only in order to reflect the corrupt “ethos” of a dying culture? I don’t know. I am only half-convinced. “I am 64 years old.” I want to read Lerner’s “Could it be / We have no right to the words” and talk of “pure / Epistemic proceduralism” (with the latter’s hint, de rigueur’dly mock’d by the next line—that’s the “system”—of the “write what you know” maxim versus the “looking for more information” browsing approach to assembling the poem) as another “courteous nod.” (“Epistemic proceduralism” in the world of political science apparently refers to a theory that claims democratically produced laws to be legitimate and authoritative because they are produced by a procedure with a tendency to make correct decisions. Procedure itself become a thinking machine. Is that kitsch?)

Capacity. In all likelihood imprudently reach’d. 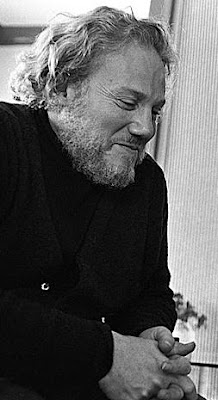