Lyn Hejinian offers the ninth part of The Grand Piano an essay call’d “What’s Missing from My Life,” a document of considerable use in reading that ever-ongoing and unfinish’d (inchoate by design) book, and one that concludes with its ninth section—“What memory is not a ‘gripping’ thought”—in a “2009 version,” expand’d to contain sixty-eight sentences. About the form of My Life (and its accrual):

According to the compositional rule I applied, the revisions could come only by way of addition. I was interested in the social (and socializing) force of language and the structuring force of memory, not of forgetting. I was attempting to write in the language of what had happened, or in the language that structured my take on what had happened. In the second version of the work, I wanted to build dialectically on an on-going process of understanding, without negating any of the materials that were its basis. One can change one’s mind but one can’t take back one’s past. That was my working hypothesis.

Hejinian recounts how, at the point of reprinting the original 1978 Burning Deck My Life (written by Hejinian at thirty-seven, containing “thirty-seven sections, each thirty-seven sentences long”) she decided to expand the original (resulting in the 1986 Sun & Moon My Life): “I wanted to signal that My Life was an incomplete work, a Bildungs-poem (or Bildungsgedicht) that cannot fully (or successful) account for itself. In addition, I wanted to suggest that incompleteness might, and maybe should, be an attribute of any text.” (A Poundian legacy, I’d wager, endless drub of fragments—“I cannot make it cohere.” Hejinian’s brilliant move: finding a form that so undeniably signals its coterminous (every life is unfinish’d) limit in advance and allows for such endogenous enrichment throughout. It is easily the most attend’d to (and significant) long poem of the “era.”

What Hejinian offers here—run-up to the new My Life ninth section—is a historical capsule of (mostly) California (Berkeley and environs) in 1950, 1950 being Hejinian’s ninth year. Hejinian quotes her own notational definition of avant-garde practice—“analytic, resistant, willfully fraught with social consciousness, dedicated to offering new ways of thinking (and, hopefully, new things to think about)”—and proceeds to “unpack” the “fraught” phrase: “avant-garde practice requires that one force oneself out of one’s comfort zone so as to better (hopefully much better) learn about the social and historical contexts and consequences of what one does (in one’s writing and otherwise).” Laudable enough, if rather vague. And when Hejinian gets to identifying “social contexts” for the various versions of My Life, the result is farfetch’d, stretching. Social contexts for 1978 version: “the Bay Area Language writing scene of 1977-78”: “A process of heterogeneity was unfolding—a collectively instigated production of difference. My Life is certainly a reflection of that, insofar as it is coherently structured but internally disparate.” End point. Something about the way the passive “was unfolding” wars with the “instigated production” bespeaks to the limit of such a remark. (To say nothing of the remarkably limit’d “heterogeneity” of the “scene” itself.) Social contexts for the 1986 version: “the same scene eight years late” (so much for forcing oneself “out of one’s comfort zone”):

The Carter-Mondale presidency had been replaced by that of Ronald Reagan, and in 1985, coinciding with the beginning of Reagan’s second term, a series of public attacks on Language writing had been launched in various publications (including Partisan Review and Poetry Flash). Some of the attacks were charged with the vehemence of personal vendetta; all of them manifested a particular strain of American xenophobia that regards intellectual work as alien, unfeeling, hostile, and ultimately un-American. Imagining, and cultivating fear of, the “enemy within” is not exclusively American of course, nor is the casting of that enemy as an intellectual.

Oddly unsubstantiated claims (particularly that of “xenophobia”)—I find the lines uncharacteristic and somewhat disheartening. The rhetorical ploy of aligning the attacks with the forces of Reagan’s right, or of rabid anti-Communist’s (“enemy within” lingo) is, I suspect, a result of Hejnian’s delving into the paranoiac Cold War milieu of the early ’fifties (in considering the larger context of “the putative period that is ‘covered’ by the poem”): it is, though, unseemly, “farfetch’d.” (Too, in thinking of the document’d xenophobia of the period—internment camps, loyalty oaths, the atomic bomb unleash’d—I find Hejinian’s claim of its turn to self-hatred unconvincing: “Also deeply troubling is the unconscious internalization of xenophobia into the very fabric of U.S. Culture—turning it into an obfuscating autophobia that impedes clear understanding at a cultural level of either other or self.”)

At sixty-eight sections of sixty-eight sentences each, My Life becomes a work of 4624 sentences (opposed to the 2025 sentences of the commonly known 1986 version). (Thank you, Ron Silliman.) Twenty or so additional years of memory-sentences more than doubles the number accumulated in one’s initial forty-five years. Memory explodes logarithmically with aging (is that the case? is there a need to rework the model?) Here—I discover’d the rampancy typing out the sentences (I had no idea there’d be such a wallop, though it’s the case, too, that Hejinian enjoys the (Henry) Jamesian sentence that ambles out leisurely, sniffing at itself here and there, turning about to look itself over, a bowline of a sentence, up out of the rabbit’s hole, around the tree, and back into the hole, a sailor’s knot, unslippable)—the “new” sentences of “What memory is not a ‘gripping’ thought” (with ellipses marking the placement of the existing (1986) sentences):

Because of its length and the scope given to digression, Hillcrest Road makes a figure 2. One Sunday afternoon my father painted the front porch of our house a gentle gray, beginning at the bottom of the five steps leading up to it and painting back, from the left and then the right, until finally, opening the door, he painted from the threshold, stepped back, and closed us in. . . . Ambivalence has the force of comparison. . . . Time stood on the horizon, four-faced and staunch as a phallus, an as-yet unknown figure—or almost. Alone, I practiced paralysis. . . . Severed limbs are flung from houses leaving behind the gentle spirits of maimed men. . . . The book of Arthur Rackham Fairy Tales, printed on thick and pulpy paper, bound in a mournfully yellow cover, was illustrated with stark black silhouettes of contorted ogres and ghastly girls in twisted plight, from which my mother used to read to us now and then immobilizing stories which, in retrospect, seem to have had no plot. . . . I sat on a beige couch and drew a serpentine abstraction on a blank page in pencil behind my grandmother’s shopping list. . . . Why this should be so is social. Once I’ve formed an opinion it’s unlikely that I’ll keep it to myself. . . . Some nights I fell asleep while still imagining the precise processes of torture, but other nights I managed to stay awake and progress to the part in my narrative in which I withstood the pain, held out, betraying nothing and no one. . . . I shot a flaming arrow at the roof and the house burst into fire. . . . If the ulcer is to be cured, the patient must change his thinking about his employer, he must stop secreting the poison of resentment. . . . My mother and father had been added to my reading. . . . The next morning we discovered scratched into the newly painted surface of the front porch the crudely drawn message, Fuck You. . . . He stated that I am not a member of the Communist Party or any other organization which advocated the overthrow of the Government by force or violence, and, though it would seem to contradict this he said too that I have no commitments in conflict with my responsibilities with respect to impartial scholarship and free pursuit of truth. . . . We each wanted to be the one to hand the toll to the toll collector in the uniform and booth, since doing so made us key to the event, so we argued over who would sit by the back window on the driver’s side (appealing to justice, “you did it last time,” or to power, “your arms aren’t long enough”), and the winner would hold the coin during the long excited approach to the bridge and then, as the car stopped, in sudden fear that the opportunity might be lost, frantically roll down the window, and, concentrating entirely on the large palm which had first reached toward the closed driver’s window and then swung toward the opening back window, empty the warm coin into it. Years later I came to be friends with a call girl who serviced rich and powerful bohemians on the fringes of a rural retreat, but I won’t name names. . . . There are aunties given to kitsch and aunties entirely eclipsed. My grandmother nervously waited for the fog to burn off, complaining already of migraine, while my grandfather arranged his barbecue tools beside the “pit” and my father wandered off with my mother. Each to his kind, he said, not meaning to be unkind and not saying what kind he was. I held my sister’s legs and let her be a wheelbarrow. . . . To bring us in from the dark on summer nights when we were playing “hide and seek,” she would call “olly-oxen-free,” laughing at the door. . . .

A darker palate. One question: does it finally obscure the earlier (sunnier? “Or haylike, and muzzy” reads one memory-sentence) perceiv’d ninth year? (The problem is that of all memoir: child p.o.v. succumbing to grown-up, see “Araby.”) Is there a recherché’d (note of the highly-intend’d) hum coming off some of the new sentences (or is that the upshot of reading Hejinian’s own social history of the milieu—talk of “containment” say, and the ’fifties “nuclear family” too obviously echo’d in the sentence about the father painting the porch, that “closed us in”?) 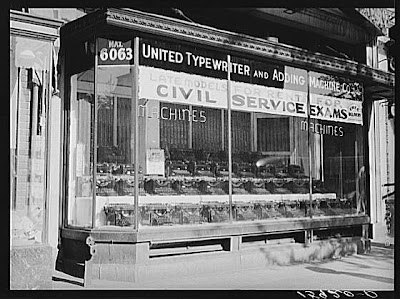 “A process of heterogeneity was unfolding . . .”