The Literary and the Not

Usual weekend brand of fretting and anomie avail’d naught by anodyne of (partial) sun. Book-browsing in the used emporia dislodges a tiny Penguin Poets Auden c. 1958, Auden sounding increasingly like Ashbery (“I know a retired dentist who only paints mountains” or “The wind has dropped and we have lost our public, / The faceless many who always / Collect when any world is to be wrecked”) and the “Medieval” volume of the Georges Duby-edit’d History of Private Life with its talk of smell and seduction: “Henri de Mondeville provides several techniques for eliminating body odors and adding fragrance to the hair with the help of musk, cloves, nutmeg, and cardamom. In one allegorical lay, women living in a lover’s paradise wear crowns of rose and eglantine and give off a pleasant fragrance. The Idle Lady in the Roman de la rose has the seductive advantage of a “sweet and perfumed breath,” and in the Chastoiement des dames women are advised to eat anise, fennel, and cumin for breakfast. It is wise not to get too close: ‘In the course of amorous combat do not allow yourself to be embraced, for unpleasant odors are more of a problem when you are overheated.’” Recalling a paragraph in Hugh Kenner’s A Sinking Island: The Modern English Writers that I keep marveling at:

In 1911 Lloyd George proposed a rapid fix for some of the Industrial Revolution’s accumulated damage. In the most industrialized country in the world, 4d. deducted weekly (by compulsion) from your wages would be added to 3d. from your employer and 2d. from the taxpayer. For that you’d be insured against sickness. Over furious opposition, his National Insurance Bill passed. Thirty-three years later Britons would be hearing of “cradle-to-grave” security against everything save paid busybodies. Neither fiction nor poetry took stock of such matters . . .

That at the end of a bit about Joseph Conrad who wrote (mostly) of “the taut autonomy of seamen.” And pointing to Kenner’s next chapter wherein he says, plainly, right off the bat: “One distinction between poems and novels was that poems got printed with an irregular right-hand margin, and another was that novels contained overt information but poems did not. The sheer informative power of popular fiction should be reckoned with.” Making the two parallel (and, by sheer alignment, equally obvious to the reader—though that’s hardly the case). Kenner notes somewhere how “reckon” (in the English novel) is used “to denote American speech” (“Strand Magazine realism”)—and here he is, reckoning, pragmatic, swift, American. Style may be the thing reading Kenner is for.

How measure the “sheer informative power” of la poesía norteamericana? Along a few pages or so Kenner gets to talking about early Yeats, the poems made “out of a mouthful of air,” cadence-drubbing lullabies (“Yeats’s effects were hypnotic, seldom semantic, . . . minds moved as through a thick, delicious syrup”). And, he quotes Peter Makin (out of Pound’s Cantos) on the drab ocular and aural slithery of the period:

Yeats in 1895, as Peter Makin reminds us, could draw on skills his English predecessors had been elaborating for seventy-five years. Applying these entailed confinement within

. . . a special area of images (tender, woven, mouse-grey, solitary, gold, silver, wandering, veils) and of diction (“chaunt,” high”; boughs” and not “branches”; “seek” and not “look for,” “cry” and not “shout,” “breast not “chest,” “wend” not “go”). Also of sound: the consonants and vowels in these words, for example, help to select them as being suitable for collocation in patterns of the soft and keening alternating with sharp sudden cries.

And “it took most of the nineteenth century to get from Keats via Tennyson and Morris” to the cunning elaborations of W. B. Yeats.

Which, that unfact’d slurry that somehow rather “sounds like” a poem—is it kibosh’d even now, a hundred or so years later? Randomly, out of Bin Ramke’s Theory of Mind: New & Selected Poems (Omnidawn, 2009), a 1999 piece call’d “A Little Ovid Late in the Day”:

It is late in the day
to outlive the words:
tales of incest, corruption,
any big, mythic vice
against the color of sun,
the sweetness of the time of day—
I know the story,
it is the light I care about.
The book falls from my hands
and I know all the stories,
I know better than that.
They glitter in the grass.
This is fun in the summer,
the sun descending onto my back,
the weight of eight light-minutes
warm there against skin.
Someone will read aloud to me
when I have forgotten the words,
the look they make against the page,
the kind of stain it is against the paper.

Nothing that’ll cut anybody there. Imprecise light, clumsy hands, stories, words—a smeary monotony (lens cover’d with Vaseline) of visuals (even the grass-fallen stories fail to “glitter”), no rhythmic punch (“This is fun in the summer”-style casualness everywhere), nothing liable to boost a pulse out of its twilit “Taps”-blowing beat: poésie sans raison d’être et sans oomph. The specificity of, say, a Walmart parking lot’d mar the literary “wrought.” (One’d halt well in advance of Ford Madox Ford’s label (for Tennyson’s languid pieties) of “subnauseating sissiness”—though, looking about the American poetic landscape, isn’t there a deep sludge of what Ford calls “the self-indulgence generated by the refusal to contemplate reality end[ing] in a complete literary slovenliness . . . inattention to form either of sentence or of stories . . . tautology . . . limp verbiage”?) Here, again randomly (with its etymology intact, that is to say, impetuously, galloping, probably unjustly—see ransom), the initial half of Barbara Claire Freeman’s “In the Garden of the Carelessly Sequenced” (out of Incivilities (Counterpath, 2010):

The primary line
wherever your

transfers, the three-way
call, thee, thee,
and thee in

multiples of one
my constancy, your cross
borne even at the heart-

As Baxter Hathaway wrote c. 1980 to a persistent supplier (returning some books nobody’d order’d): “What we have here I do not know.” That comes out of mere literary desire, and evades completely the saying of anything. Talking about Ford, Kenner skids into a distinction between “aesthetic” and “documentary” traditions that he says he owes to conversation with Basil Bunting. Of Ford:

A powerful tradition reinforced his distrust of imaginative leaps. Along with Kipling of the brassy finish and Hardy of the studied awkwardness, he derives from Browning, who derived from Wordsworth, who despite his friendship with Coleridge is not to be associated with Coleridge but with Crabbe, and, standing behind Crabbe, the Augustans; and behind them all stand Ben Jonson. This is the “documentary” tradition, over against which, in the nineteenth century, stood the “aesthetic” tradition: Keats, Coleridge, Tennyson, Swinburne, Yeats. It was the aesthetic tradition that absorbed Symbolism, so far as English could absorb that highly French affair, and out of the aesthetic-Symbolist fusion stems Eliot.
The Aesthetic tradition has so dominated critical thought that the documentary tradition goes unrecognized, and its writers get seen as inept aestheticians. There seems to be no historian of these affairs.

Her literature is irrelevant to October
Anna of all the Russias, whose body was
An ideal October that has yet to obtain
A face. October approached asymptotically
By tanks. The leaves turn night-vision
Anna, do you see how the sand-sized particles
Of the true October rise from the asphalt
Like fireflies whose bodies are night-vision
Neither do I. The irrelevant I. The I of all

It will develop recursively or not at all
The new closure. In lieu of fixed outlines
Modulating color. If concentrated light
Strikes the leaf, part is reflected through
The droplet, producing a white glow around
The genre. It’s like the whispering gallery
The fighter pilot sees his shadow on the cloud
Crossed with the Wailing Wall. We can’t
Distinguish rounds of ammunition from

Applause. Speak plainly. Keep your hands
On the table. Do not flee into procedure
Do not wait for a surpassing disaster
To look your brother in the eye and speak
Of love. Make no mistake: the disjunction
The disjunction stays. Do not hesitate
To cut the most beautiful line in the name
Of form. The bread of words. Look for me
At genre’s edge. I’m going there on foot

Nigh-impossible not to read that as a viva voce response to the aesthetic / documentary rift. Elaine Feinstein’s Anna Akhmatova biography—how any approach (to art, to a life) is made “asymptotically”—line approaching nearer and nearer a curve, unable, in any finite distance, to meet. (A concept applicable to the signifier’s pursuit of the signified; to the “irrelevant I”’s ever-vex’d relation to the “I of all”—and isn’t that a terrific shrugging off of “literary slovenliness,” that “Neither do I” after the outré “do you see how the sand-sized particles / Of the true October rise from the asphalt / Like fireflies whose bodies are night-vision”?—; to recursivity’s sidelong approach to “closure.”) There is, here, not only information and its detritus (“If concentrated light / Strikes the leaf, part is reflected through / The droplet, producing a white glow”—though the “around / The genre” that follows seems coy, rather precious, unnecessary; the “Look for me / At genre’s edge” with its wonderful echo of Whitman’s “under your boot-soles” is plainer), there is—audaciously—instruction: “Do not flee into procedure / Do not wait for a surpassing disaster / To look your brother in the eye and speak / Of love.” That’s post-ironic teaching, made possible by Lerner’s wholly elastic form: “In lieu of fixed outlines / Modulating color.” If one sought a kind of stand-easy exemplary for how Mean Free Path manages to have things both ways, documentary and aesthetic, one’d need only look at: “Do not hesitate / To cut the most beautiful line in the name / Of form.” “Cut” meaning remove, banishing beauty’s pushy solecisms, warring so wondrously with “cut” meaning carve, sculpting pure sensuous form. 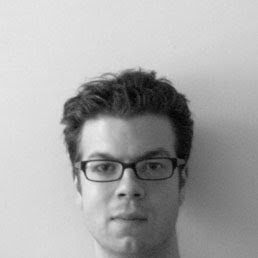