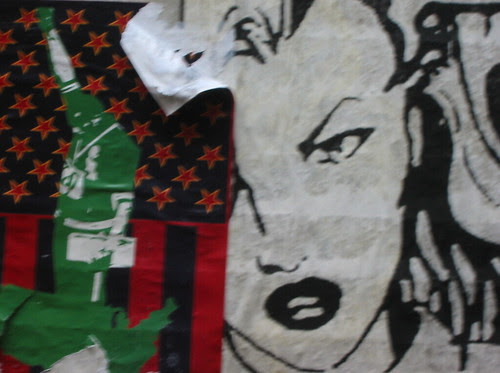 Everywhere in Ryan Murphy’s The Redcoats (Krupskaya, 2010), things is bust’d, the imperium’s whupped, the ineffable tatter of self’s a nigh-speechless wreck. Thus, a paring down to the unplumb’d minimum, that and the barely retrievable detritus of the newfangled, relief of the odd provisional, what can be glean’d (out of the present and off history—that “last best hope,” for “I am gagging sometimes / too on the future”) for solace, for use. Here’s “Ringtide”:

Ambien, ringtide
black with rigging
Is sun in February, snowvolt
stunned to stillness with impending

To sit and wait is terrible.
Dumb is the ocean
Fucker

Combustible practices, to say nothing
of the birds in the fields,
the Rent-Stabilization Act of nineteen seventy something.

The bottom bottoms out
a fury, I’m thirty
I should be better by now.

Is three thousand dollars famous?
Just so you know.
If there is wreck in me

Something of the fatigue and petulance and aphasia of unabideable loss—“snowvolt / stunned” nearly worthy of Celan. Everything unfinish’d, unfinishable, stymied, ever-impending. If some unidentify’d personal loss is pervasive in the book—and it is (“A savagery sw- / Hollows me up”; “Morning comes / in its big white hearse”; “Hearts is ash”; “I can’t stop thinking of the nothing I want”; “I am some sad potatoes. / Which is also awful”—all out of individual lyric pieces)—what is remarkable is how that tintinnabulary of notes peals out to ring down its changes throughout the socius. So that: a sequence call’d “Poems for the American Revolution” (“Independence Day, come what may / Stupid lotsa / shiftless red blossoms,” Murphy writes, and “A wound bored is small daisy / into your shirt. // My dear wretch / we are ashuttle with flames”) seems echo and kin to a sequence call’d “Autumn Is for Bells” with its clipped bare articulations (“Oars plough wake: / Warn and victim we” and “That boy is dead”) hardly cosset’d by its letters to one unnamed:

The benches are for the infirm and insane. I watch for a flash of pink on
Broadway, what you wore when you left, but the men on the benches zip
their jackets to their chins, read paperbacks through stacked pairs of glasses.
I thought you would pass on your way north. Or I chose the wrong route,
the wrong time, the wrong day.

Compare with “Ethan Allen & the Green Mountain Boys,” out of “Poems for the American Revolution”:

“Where a goat can go, a man can go,
where a man can go, he can drag a gun”
—Major-General William Phillips at Mt. Defiance

Is it not enough to be loved
and repulsed?

Fenway—in your ashes
build a republic.

Sebastian, not a name
one should choose for oneself. Nameless
above Ticonderoga.

(In the “Betsy Ross” of the series, Murphy writes: “I don’t care what they told you, / a stone is not the flower of winter. // O Delaware, / dear George. // Red ears / blue lips / splinters for kisses”—the very founders of the republic become source and origin of its damaged magnificence, its “starry blight / persuasions,” all that is convey’d by Greil Marcus’s “old weird America.”) Others in the Murphy pantheon: pitcher Dock Ellis, he of the lysergic acid diethylamide’d-up no-hitter (“The ball was small sometimes, the ball was large sometimes, sometimes I saw the catcher, sometimes I didn’t. . . . I started having a crazy idea in the fourth inning that Richard Nixon was the home plate umpire, and once I thought I was pitching a baseball to Jimi Hendrix, who to me was holding a guitar and swinging it over the plate.”), John Glenn (“Congressional medal of honor. / A lawn chair festooned with balloons”), and pamphleteer Thomas Paine (“When we lost your head, / I’m sorry”).

Anselm Berrigan, blurbing, brings up the possibility that—reading The Redcoats—“you may lose yourself attempting to sort out the difference between image and instance.” Precisely right, and an audacious, if finally somewhat rhetorical (the donkey “instance” heaving along under the burden of the real whilst “image” darts here and there along the trail of its ever-shifitng perspicuity), distinction. Here’s a piece nigh-instanceless:

and not throw up.

Sun spindles to its last

in the rusting hulk of sky,

We are bound together

by their vague threats,

Or I pistil in heat, is summer sleep.

Barely a tangible there there—a sun going down; stars pocking up; a “we” possibly couple’d, possibly imperial; a shift (“Or”) to half-sexual (“pistil in heat”), half-violent (“Bludgeon and unspool”) reverie; ominous ending. Unlocated and gripping, marvelous. “You tell me what it’s ‘about’”: that question is hardly one of the poem’s concerns. (In “The Gales,” Murphy writes, brilliantly using some obvious markers: “Once at the corner of Remington and Colt / The N train through an arbor of I-beams. / The air a frenzy of pollen / A cumulative effect like narrative.” That shifting “frenzy,” constellatory and accumulating triggering bits: isn’t that how Murphy’s poems work?) A permeable membrane barely slid and intervening between world and self (cautionary real and onslaught imaginary): in “Spillway”: “And the rain falls exactly / like rain only inside you.” Two, self-assured, random, uncomment’d:

To expect otherwise
in panicsoftly
corrosive—is to form dissent
Stanchion I pilloried to candidate the heartfelt:
“It’s hopeless, Spartacus.”
We are each on our own at least in this.
And, flowering in the still pond, concentric ripples
like secrets, gather and unique.
Meanwhile the tin sound of rain flecked with disappointment,
as the train exits the dark tunnel into the dark air.
From the catalogue of commemorative quarters: a very small owl,
an ivory tree, limb piercing a teapot,
a snowflake for her face (or some other constellation).

I have cannibalized other moments to invent this one.
Please retain this receipt for tax purposes.
Swanpiling             Steeplewedge
You flowers of autumn, you churning
plow, you archaic lamps.

And (one that I cannot read without thinking of Charles Ives):

A loss, having learned it,
opens to what is missed.

I feel better it is
Saturday pouring rain

in the season of scaffolds
and pharmaceuticals.

I get up at night to write down:
[illegible].

Now is the time for “Taps”
on the morning village green. 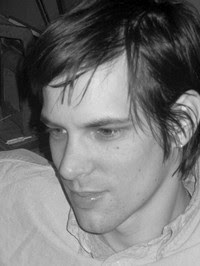