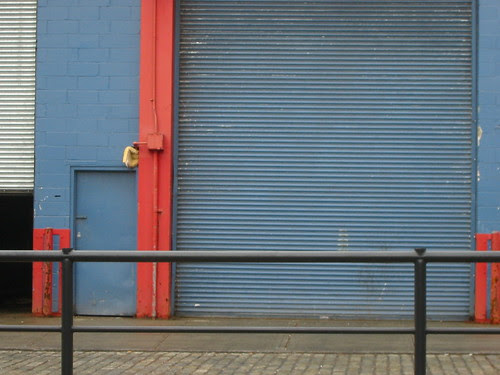 Out of Cyrus Console’s chapbook OK Tony (The Song Cave, 2009)—the initial salvo of a dozen or so similarly shaped and lineated pieces, untitled, connect’d here tenuously, here obviously (through some—Tony in Covent Garden, Anthony in Providence—the smudge of a narrative is visible, something to lift off with a piece of Scotch tape and present—gummy and misalign’d—in lieu of any possible paraphrase or account):

Downrange, while I was smoothing out my pistol
Rustling, I heard some animal
Massive, cloaked about in tawny fell
Struggle, ridge horns coiled close against his skull
Knotted, there in the white honeysuckle
Grown unutterably beautiful

Downrange. Tony’s cover garment glowed
In the sun but he was messing with it
Like a guilty thing and had been made
Badly twice on the way to town.
Now one heard no traffic save the water
Passing consistently among the rushes

Downrange. Where this undermined the bank
There was the occasional plashing.
Tony didn’t know why we had come
He said. I didn’t really know for sure
Either. Then I saw that he was hurt.
We both cried and then we felt better

None (of the other pieces) ends with a full stop. None of the others deploy a stanzaic catchword like “Downrange.” No stanza (I think) slant-rhymes so voraciously as Console’s initial skull-lulling one does: though there is ample rhyming, the intentionally clumsy (“Thus one rhyme word telegraphed the next / Rhyme word, ruining the thing”) running the gamut to a kind plausibly finesse’d excess (“The elephant’s unmentionable scars // were all we ever talked about outdoors”). Faux-coyness (“Tony’s cover garment”) and a kind of jocularly-redeem’d embouchure of the archaic (“in tawny fell / Struggle”) do battle throughout with the awkward and blunt (“We both cried and then we felt better”). Blank verse reigns in sly comeback mode invidious (with variables). OK Tony seems, finally, all of a (somewhat jagged) piece.

If the earlier pieces of the sequence call forth Anthony (“The Tramp of Olneyville”), and, briefly, a woman call’d “Zero” amongst the planetary debris (“The goddamn moon / Settled her voluminous down mantle / Down by where we were brought up to take / No pay for doing”)—that is, too, the sad gummy (never gummed out) heritage of Romantic debris—the work opens rhetorically up and out to pursue the silver glint of American history in the form of the gauntlet of the West, there where big talk looms bigger and the paltry personal shrimps down greenhorn-negligible and unexpress’d (“I let the black shilling drop / Against the crazed badland of the tongue / And broke step with the real.”) Console:

Outstretched metal won the West but rail
Bypassed that claim as bypassing its own
Shiplike in the night. And though John Henry
Created Western Man John Moses Browning
Made him first among equals. The Johns
Sort of blend together for me now

Barren chambers spinning on a crane
Bondsmen contemplate beneath a market
Confusing to us all, who cast our stitch
In time, which we consider as a fabric
Not unlike chintz. Queues of cattle thread
The gimlets in our eyes. Cry, Milkmaid. Cry

Like you mean it though we can’t imagine
Milk at any price, unmoved by sighs
But by the motion of proverbial seas.
I cannot discover this oceanic
Feeling in myself. It is not easy
Scientifically to deal with being green

That combination of (nigh cruel) brusquerie (“Cry, Milkmaid”) and obvious awkwardnesses (the slot’d-in clichés, the little unalloy’d runs of Dexedrine-quick associations—stitch to fabric to chintz to thread)—that, combined with the “territory,” reminds me of some of Jack Spicer’s work (“Lady of the Lake I hate you”). Something out of The Holy Grail, say (“The Book of the Death of Arthur”):

“He who sells what isn’t hisn
Must pay it back or go to prison,”
Jay Gould, Cornelius Vanderbilt, or some other imaginary
American millionaire
—selling short.
The heart
Is short too
Beats at on and a quarter beats a second or something like that.
Fools everyone.
I am king
Of a grey city in the history books called Camelot
The door, by no human hand,
Open.

That polymorphous ensconcing in and of all human foibles. Console: “when I broke my mind I shot myself / Mercifully permanent epistles / On temporary problems. Kind of sad.” (Or, as Spicer puts it: “I’ll teach you to love the Ranger Command / To hold a six-shooter and never to run / The brier and elm, not being human endure / The long walk down somebody’s half-dream. Terrible.”)
Console continues under a nigh biblical swell:

Some go feral. Some see prophets coming
Through the hail. Some refute the argument
From grief. Some swell with vowels, some with thorns
Ashes, ligatures and ampersands.
Some swear oaths, draw trousers on and stand
To meet the day. Some cup the air. Some stand

Strangely unmoved. Some find no explanation
Sufficient. Some being as good
As dead go lowing and stumbling down
By the banks of some dark mirror to orphan.
Some confuse white meat with medicine.
Some know troubles some have only drowned

Or believed themselves to be drowning.
Some Xtian names some stress positions some
Have known. Some build some human pyramids.
Some feel secure in second language since
Who mock at them in school have other reasons.
Gowned men set fire to cities of white birds

The preparatory and the veer apocalyptic. Console’s epigraph to OK Tony is out of a book about probability theory by E. T. Jaynes. It reads:

This universal, stable type of noise was called “grass” because that is what it looks like on an oscilloscope. To the ear, it sounds like a smooth hissing without any discernible pitch; today this is familiar to everyone because it is what we hear when a television receiver is tuned to an unused channel.

(Echoing—“television receiver” standing in for “radio”—out of Spicer’s terrific “Thing Language,” Aimlessly / It pounds the shore. White and aimless signals. No / One listens to poetry.”) Console—whose fearless and ferociously all-consuming capture of that “noise” is pecky and perfectly riddled with “discernible pitch,” a dissonant counter-current—ends OK Tony with defiant recognition and pugnacious rebuttal: “To this we are reduced, and more.” And: “Tell me if we weren’t made to walk the earth / Picking out our eyes we were not made.” We were not made to destroy ourselves so. 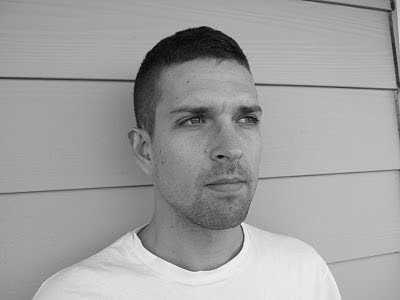