The Fuse in Refused 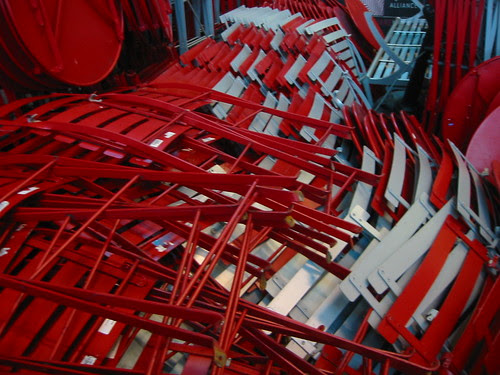 A raggedy insolent kind of pseudo-malaise descends, and the slosh of narrativity gets watery. Thumb-drive moribund: I done left my homework home. Allowing—oughtn’t it?—a certain vox-gravelly “play” in the scat-chamber, no? Something of Marianne Moore’s “Chinese / ‘passion for the particular,’ of a / tired man who yet, at dusk, / cut a masterpiece of cerise—” (not for nothing did Pound write to Moore with uncharacteristic consonance, gone what pass’d for schoolboyish for Pound: “Definiteness of your delineations is delicious”). Yes, something “of” that. Hier soir some two legs of the Takács Quartet, original cellist András Fejér and violinist Edward Dusinberre, play’d an admonitory pre-war snarling (with seeping high lines of sweet sun against snow violin lighting—“fire-gilt steel / alive with goldenness”) voicing of the Hungarian “young barbarian” Zoltán Kodály’s 1914 “Duo for Violin and Cello, Op. 7.” Kind of thing puts one off one’s feed for the literary. (We shall come through it: see James Tate’s 1972 “The Immortals”: “None of us have felt good this year: / pus around the eyes, / sores that come and go with no explanation. / But we still believe we will come through it! / I signal this news / by lifting a little finger.”) The kind of thing (in a series of kind) one used to extol encomiastickally in one’s high-ironickal “youth,” no? Not, one learns when grow’d, nearly so giddy-making ’s, say, Thomas Campion’s “hee bragd when he was in France, he slue ten men, when (fearful cowbaby), he never heard a piece shot off but he fell on his face.” (The way people who know apples say, gravely, Gravenstein.) Though, for all the boosterism of the constraints of love’s sweet purity, one ought to recall Guy Davenport’s masterly bring-down of Ruskin’s ten-year-old inamoretta with the perfect name, Rose La Touche (amongst others):

Rose, like others like her to follow, was purest symbol. She was a petulant, teasing, illiterate religious fanatic wholly unworthy of Ruskin’s adoration. We know nothing of Beatrice Portinari, or of Petrarch’s blonde Laura; it’s a good guess that they were practical Italians, afraid of owls and the evil eye, good cooks, and strong-armed beaters of dirt out of laundry on washing day at the river. And Shakespeare’s Mr. W.H. probably couldn’t follow the plot of Hamlet and smelled like a wet dog.

Of course, for all Pound’s own enamor of Miss Moore (Davenport recalls Pound’s first letter to her: “seven pages of strenuous excitement”), he, too, sees “purest symbol” in Canto XXIX:

the female
Is a chaos
An octopus
A biological process.

Lines Davenport identifies as occurring first in a letter to Moore (1 February 1919), in the form of “a jovial parody”?

Centaurs and centaurelli
Crowned with ailanthus,
Erect and black testicled;

Her carp frock,
Her butterfly tail,
Her green eyes eocene,

Or apple daughter
White with flower
Leaping with Perséphatta;

So Eros is
Venus’ jockey,
Or dragonfly

Of rock and slime
Florio and Florimel,
Seafoam, deep undertow.

Three sentences out of a wholly water’d narrative slosh, sentences, most clearly, of a collector (like Moore). And, too, of another male adherent to the seemingly inescapable female-“chaos,” male-“fixed point” susurrus (“Implosions / Of rock and slime”). Enough (or its plural “enow”).

A note. A bothersome inaccessibility of the archives result’d in a format overhaul, here at Dumpster Island and at the still-standing Hotel Point, and all along the short Rue Hazard that ran its ragtag route between. I am sorry for the lost minimalist severity en couleurs des anarchistes mondiales, happy to see that everything’s again in reach. 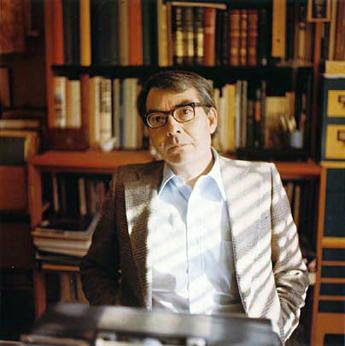