Back to The Grand Piano’s ninth booklet. Is the uncanny (unheimlich) for Tom Mandel the loss of any sense of difference between “solitude” and “irony”? I am trying—“my head in my hands” (a phrase Mandel uses indefatigably, chorusing himself with point’d alarums of detachment—one pictures Sarah Bernhardt playing Hamlet, skull in hand, recalling “a fellow of infinite jest” or the cephalophorick Saint Denis walking six miles out of Montmartre—L. mons martyrium—preaching a sermon the entire way)—to “unpack” the bum-rush of alogy and illation (“wild inference” or “pennies in the cuspidor”—recall Sir Thomas Browne’s masterly “The Alogie of this opinion consisteth in the illation”) that tugs reason by its ever-lengthening nose here:

. . . I am rarely at a loss or on the defensive when alone if you can believe a first-person statement like that. Solitude suited me in those years, and it made me someone solitude still suits.
Though overstated to the point of being ridiculous, and false as well, I don’t want to remove that last sentence. . . .
Even a taste or a kiss is not mine to experience until, a moment after it occurs, it is “present”—so that only the past is real, and turning to it the mind applies all the armature of its attitudes. Most often in my case, that armature is irony, and probably I should replace solitude in the sentence above with irony. And then replace irony with memory.

One begins to note such slipshod prestidigitations throughout Mandel’s squib. He notes a “Grand Piano e-mail” by Ron Silliman wherein Silliman speaks of (what else?) “categorizing . . . putting the pointy stones (good for spearheads) into one pile and the rounder ones (better for throwing) into another” (the tribalist fantasies in that “camp” must be nigh unbearable; one notes how the (presumably metaphorickal) weaponry exceeds by several degrees the usual tepid sorting of le Ron publique.) Then, Mandel writes:

If figures of speech (acts of intellect) begin in juxtaposition and move through increasingly complex ways of framing things with respect to one another, if Zukofsky’s title “A” juxtaposes in one letter musical tone, individuation, beginning, creation, and more, think of the effects of scale inherent in Ron’s title The Alphabet.

Le grandeur des titres? Is that what we’re talking about? That’s a sentence biting off more than it is capable of chewing. By Mandel’s logic, a title like The Numbers ’d supply something approaching an infinity of “effects of scale” (whatever that ’d possibly mean). Mandel admits, too, rather awkwardly, that it is “Curious how often when I turn to write The Grand Piano, my mind offers me memories from the year or so I spent in Paris in the early 70s—rather than . . . the San Francisco years when most of [us] met and about which we have undertaken to write.” (Increasingly one senses the collective aspect of the The Grand Piano failing, each “member” dribbling off, re-running a conference paper here, digging around in some private Idaho there. Oughtn’t citoyen Watten or s.o. of similar Napoleonic mien muster the troops and prevent it all snowballing out of control?)

En effet, Mandel’s piece exhibits all the trademark Mandelesque puffery: the coy mention of “H      who later became one of the world’s most famous movie stars,” an inordinary number of the dead peopling a childhood (“a man, limbs splayed out across the bushes in a position they cannot have chosen but only wound up in” or “the day I rode my bike to Belmont Harbor after a seiche had receded; a body was laid out on the cement walkway tagged at the toe”), an encounter with the perfectly named “Angolan revolutionary” Carlos Bello-Belli in Paris (“he asked me for my passport, would I as it were lose it—into his possession?” and “he asked if I would agree to assassinate someone, an enemy of the Angolan struggle. I would be smuggled into another city; a gun would be put into my hands . . .”) (Sadly, for Mandel’s story, he refuses each proposal.) Oddly, there is a point in Mandel’s report where he cuts loose, drops pretence, and sallies forth into writing unconstrain’d by prop and nuance, unscript’d for effect, sheer lyrical outburst. He’s caught himself somewhere in a nether region between memory and the memory of a memory (“There is a line that cannot curve must always verge proceeding from an obscured Western horizon to straiten about me, my observation, my sight, the ‘what’ I see, this man or is it a body. Is that line ‘history’—already at that age—events in memory I constantly want to rewrite?”) and, as if suddenly struck by how untenably he’s perch’d (visible in the incoherency of the sentences), he launches into:

I need to think of something else, and so transfixed before the body’s awkward spread of limbs I devise an arc of thought, like a ball thrown rising then falling, that leads elsewhere in the park, to the softball field at evening, my face pressed against a wire fence watching the “clincher,” as Chicago softballers call the odd sixteen-inch circumference ball they employ, rise from the pitcher’s hand, slow-pitch, then fall towards the force with which a batter about six inches forward from his body but just within the batter’s box meet is in an instant of contact, a great simple sound that can be represented in memory but not described, and which at this moment seems akin to the force itself, the force I mean with which one alters memory; whereupon an abrupt change in the ball’s vector occurs as at speed it disappears into the night air of bugs swarming in arc lights while the batter takes off towards first base and the people around me rise taking in then giving back their breath and I hold mine to know whether I can until the ball is either caught or strikes the ground then turn to observe the four or five rows of bleachers where people hop up and down excitedly or sigh in disappointment I can’t remember which.

Up into the bleacher seats, courtesy of romantic desire and extend’d metaphor un-eschew’d. A Language writing foul ball, according to the ump. 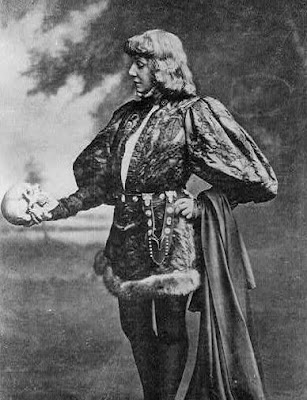 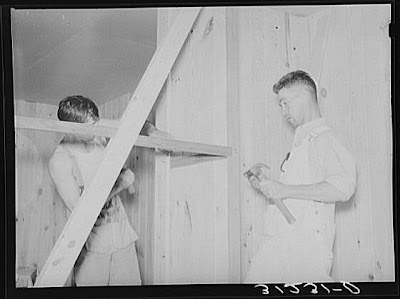