Carla Harryman, sashaying filmic, intersplices frames out of a “current” piece (call’d “Siren Diary,” it is dated “academic style,” various summer months of 2009, Detroit, Berlin, Pittsburgh, &c.) with a hubbub of other material, some seemingly personal (“Detroit, 2009: vacant love in a vast storage container held up by a rickety tent sharing ground with the world’s most powerful grinder”—try drawing a picture of that); some attempting, by means of tinier dumps, asyntactic burps and projectiles (one supposes—there’s some obligatory reference to Brecht’s Verfremdungseffekt—it’s all to combat the injudicious glaze that descends reading lines like “We see that the rhetoric of narrative can create narrative effects with or without conventional rules of narration or fiction”—though one begins, reading such programmatic intrusions as, say—

Although I did enthusiastically returned to the bowels of the earth for renewal* engage in it, I could not simply throw myself into the “cause for the advancement of radical literature” without also experiencing you speculated about why more women poets did not myself as distant from “literature,” “cause,” or “radical”

—to wonder if, some three-quarters of a century later, noise in the signal isn’t precisely the thing that puts one into the trance the V-effekt’s design’d to dislodge. Predictable jutting out italics unleash’d like men with crewcuts, striding up and down, chewing gum, barking commands: I certainly doze off in retaliatory slumber.

Too, in the hotch-potch, there’s a dusty-trail reading of the rather befittingly-titled (see: “You woke me up a little, alerted me to an invigorating specificity of personal gesture and thinking world. You were sophisticated and urbane . . . I observed you to be very well educated, combining higher education with autodidactic inclinations necessary to art making”) Creeley story, “The Gold Diggers”: “We read truncated rhythms, discontinuities, that bring us close to the shuffled edge between poetry and prose. The sequence is anti-heroic: the land and not the man ‘rides out.’” There’s a story of, c. 1970, composing a work for flute “based on the first several pages of the Sirens chapter” of Ulysses: “I experienced the text as a direct translation from language to music.” (That’s one “innocent” explanation. The jargon-wielding one refers to how Harryman’s resistance “to the content in Joyce” was, “in a sense,” “resistance to, or playful appropriation of, a structure of knowledge passed down by modernism’s patriarchal imperatives.” The sort of thing that’s easier to puppet than it looks.)

There’s a report of a “clip” of Jeanne Moreau in Antonioni’s La Notte (“As she walks through the city, men notice her, following her with their eyes, sometimes indifferently, sometimes not. She glances backward, almost punctually, to see them looking”), using which Harryman intends to, with Konrad Steiner, do “a little neo-Benshi project” (footnote by Harryman: “A recent innovative practice of ‘talking over a film,’ initiated by Konrad Steiner in San Francisco”—though I’d swear I used, sucking down reefer, to giggle about John Belushi or somebody doing precisely that Saturday nights in the early ’seventies, to say nothing of Woody Allen’s 1966 “What’s Up, Tiger Lily” dub-ploys.) And there’s “heroic phase” reminiscing, the “attack in Poetry Flash”; “My friends, you and I, had been under fire for a while”; “‘Language writing’ was made up by uneasiness of the speaker someone who didn’t like it or us”; and—funny considering the more recently adopt’d mode of compleat “distance” and disregard of critical antagonisms—“Did you feel as I did, that it would have been a crime to distance yourself from the accusations? Assaults informed us we were doing something scary with language.” (Ah, brave youths!)

Difficult to figure what Harryman thinks a reader’ll “make” of her rather indulgent feints and havocs. Here, say something like (not part of the “Siren Diary”):

The writer is figured between history and now. The writing door to your Berkeley house, kitchen, workplace, yard carpeted in a tasty bitter lettuce will be contradictory. It will reflect conditions of physical displacement and confusion between personal and public life. You will come upon sentences these spirits move too quickly** faltering or skipping your platform shoes around in paragraphs. You will find phrases interrupting the flow of the sentence. I am enlisting alienation effects without relinquishing the subject (my subjectivity) to the future’s greater good. She is still here arguing with her optimism or sense of well-being, without which she does not write.
I am attempting to create an impression of a state of mind I was in thirty to forty years ago, something I had to get control of I didn’t choose to talk about no one to drive the car poetry in order to write. I can still experience that feeling, alienated, but not alien to my subjective experience.

Doesn’t the writing merely reflect a method slouching into a (period) style? Is one compell’d to bother with the identity of that floating “you” (here and throughout)? (Watten mostly, though Silliman (“You later became the editor of Socialist Review”) too, and didn’t Rae Armantrout make proud mention of a pair of platform shoes?) Why the seemingly gratuitous nod to Williams’s “To Elsie”? Is it to remind one that “The pure products of America / go crazy—”? Or is it to point to Williams’s counter-“collective” insistence that “It is only in isolate flecks that / something / is given off // No one / to witness / and adjust, no one to drive the car”? I don’t any nod’s gratuitous know (hereafter I eschew knowing).

* Harryman notes that the “bowels” line’s out of the 1999 Charles Olson and France Boldereff: A Modern Correspondence, edit’d by Ralph Maud and Sharon Thesen. Not all the noise-makers get identify’d, though there’s a preponderance of lines out of Harryman’s own work. Reading lately an exchange of letters between Hugh Kenner and Adeline Glasheen, author of A Census of ‘Finnegans Wake’: An Index of the Characters and Their Roles (1956, with revised and expand’d editions in 1963 and 1977), I come up against (7 March 1975, Glasheen to Kenner):

I read in the NY Times review of yr new book that you don’t much like Olson. No more do I. You maybe entertained to know that, according to Sean Golden (was at the Ulysses marathon reading at Wesleyan) Miss Boldereff (our crazy FW woman) was Olson’s longtime sweetheart. Sean said Olson wrote on FW. I wonder, did he write some of Miss B . . .? Anyway a couple of Olson cultists (one from U Conn, one from Penn) were about to search the Pennsylvania Mountains, trying to find Miss Boldereff. All good American stories are by Henry James.

Boldereff design’d and publish’d a number of books on Finnegans Wake under her own name and pseudonyms: Reighard Motz, Thomasine Rose, Frances Phipps.

** “This is an extract these spirits move too quickly from a critique of Cartesian tranquility.” Part of Harryman’s note (apparently invaded, it, too). She references Catherine Clément’s “Choosing Night,” in Syncope. 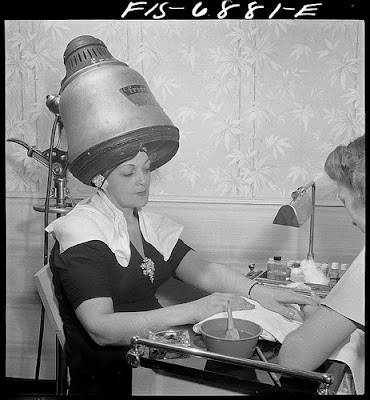