Ron Silliman originally post’d the whole of “Furthest Up the Trail”—a memoir of the recently deceased David Bromige (along with some assessment of Bromige’s work, particularly the 1980 The Figures volume My Poetry): I note now that only a few paragraphs of the piece remain, rather crassly serving as a teaser for The Grand Piano’s booklet numéro nine. Ah, marketing, how it stabs even at the figure behind the tawdry arras of one’s most negligible (and tenacious) delusions. It’s no accident that Silliman, whose own (incipient) poetics admittedly differ’d with Bromige’s (“it proved easier for David & I to talk aesthetics by not talking about poetry” and “since it was too charged, maybe too dangerous, to talk about poetry directly, David & I talked cinema instead, letting Ingmar Bergman in particular stand in as a surrogate in our conversations for Duncan”—one longs to know the identity then of the Silliman-surrogate, and the Bromige-surrogate), seems compleatly unable to read Bromige’s predominantly humorist / satiric mettle. Bromige’s “stance,” primarily that of the roving gadfly, gently mocking earnest seriousness of any stripe (and its shabby pretense that makes its mark by sheer unrival’d doggedness), is directly antithetical to Silliman’s own. If Silliman’s work is mark’d by single-mindedness, a narrow exploratory niche of sentence-making limit’d by an insistence on sentence arrangements that consistently thwart writerly gusto, that offer all the sense of advancement or pursuit of a toggle switch, a series of zeroes and ones, on, off, the sound of a man rattling the same lock’d door again and again—Bromige’s poetry is exemplary of a marvelously mongrel diversity (some’d say too diffuse, never adopting a style), swift and prolific, and pointedly willing to try anything. Evidence of that inability to read: surely, to connect Bromige’s lines “Whoever stood furthest up the trail was master / of the trail”—the beginning of a leisurely romp through invention and desire with more than an uptick of easy derision for the shrill (self-will’d) hierarchies of “mastery”—the piece continues

. . . which for the most part climbs
through a beautiful if crowded forest, though the final four or five
hundred yards rise
above the tree-line, across tricky scree, & end
at that peak which is also the scarp-edge, a steep
& despite the rumors, inaccessible drop
on one side, the shallow slope on the other, where the wood
grows, that is mainly conifers.
To be master
meant, to gather all those things the ownership of which
proves masterhood, a tribute
all other travelers are bound to pay. . . .

—to connect that, à la Silliman, to Olson’s “What does not change / is the will to change” seems to evince nothing beyond a “will to misread.” Isn’t there in that “peak which is also the scarp-edge, a steep / & despite the rumors, inaccessible drop” an undoing of any hint of seriousness in the idea of anyone’s being “furthest up the trail”—isn’t it ample evidence of what Silliman calls Bromige’s “twinkly wit” (“that gave me the impression that had Charles Dickens been alive and a New American poet, he would have been very much like this fellow” is what Silliman adds, vying, he, too, for levity, and gaining only a somewhat disturbing conjunct of flea-bit Victoriana under that “epoch-making” flag-daub’d cover, looking like a coyote caught in Kleig light. (See Joseph Beuys’s “action” call’d “I Like America and America Likes Me,” three days with a wholly dyspeptic coyote: meaninglessness complicity.) As Bromige writes (in “Indictable Suborners”—plenty of those about): “. . . what does not change could prove the will to change the topography of Cutknife.”

Elsewhere: typical, full-throttle grating mode Silliman, the one-two combo of rampant over-statement and unrestrain’d ego (or vice-versa). The temporal (and spatial) provincialism of the man is astounding—that unfetter’d blind asserting of one’s own milieu’s essential historical place indomitable. Just read a paragraph and count the grandeur-assumptions:

Poetry underwent a more rapid series of changes in the 70s than during any other decade since World War II, most likely because of pent-up demand. Much of the revolution wrought by the New American poetries twenty years earlier had seemed more pronounced at first, not because the likes of Charles Olson or Frank O’Hara were overturning any great status quo, but because the enforced disappearance of the objectivists, most of whom were out of print & not publishing during the 40s (and in several cases, not writing as well), disrupted the evolution of modernism after Pound, Williams, H.D., Joyce & Stein. As the objectivists came back into print—George Oppen’s 1962 edition of The Materials, two years after the Donald Allen anthology, marks the beginning—the Poundian Maximus & Whitmanian Howl no longer seemed such a dramatic break with American poetry as it had been practiced on this side of the Atlantic.

(As opposed to, one guesses, how American poetry ’d got “practiced” over in Europe?) History as innuendo. Silliman’s willing to slight both Black Mountain and the New York School—and the Beats—in a transparent jostling attempt to make historical room—“lineage, lineage, lineage” is the arriviste’s motto—for himself and cohort. The second half of the ’seventies—with its “pent up demand” (what could that possibly mean in the context? demand for what exactly?) is, of course, “Grand Piano time”—it’s demarcated there sur la couverture: “San Francisco, 1975-1980.” Like a territorial squirt. 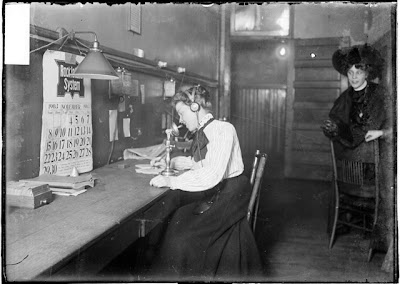