Nuances of a Theme at the End of the Mind 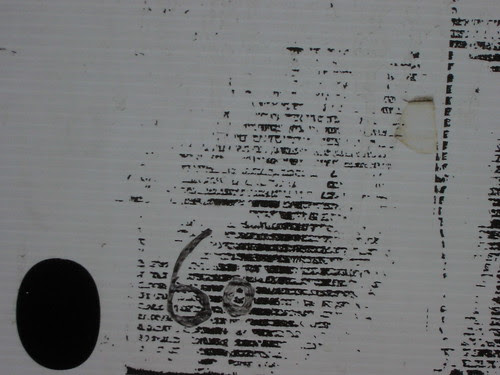 Slosh munificence, a house built out of water. Post-weekend focus-loss (mimicking the “pre-weekend nada-blither,” yo), the books all barking out in singular profane chorus, leveling, one differing another only in the size of its yap. Wallace Stevens, brushing off the seven question format, replying to a “State of American Writing, 1948” gum-up Delmore Schwartz put together for the Partisan Review:

explains this. The poet records his experience as poet in subjects and words which are part of that experience. He knows that nothing but the truth of that experience means anything to him or to anyone else. Experiment in respect to subjects and words is the effort on his part to record the truth of that experience.
In this statement the experience is central and experiment is the struggle with the experience and here experiment, also, is central. But often there is little, even no, experience and here experiment is merely experiment. The opinion that, unlike the twenties, this is not a period of experiment seems to be right in respect to experience in both senses. In respect to central experiment, the experience of the poet as poet may be too much or too little for him to record as yet: too much and too immediate or too little and not near enough; and so it may never be recorded at all. In respect to experiment that is merely experiment, this seems, in the circumstances, to be a pastime proper for Nero’s children’s children.
If these things are fluctuations of literary modes, what is the cause of the fluctuations? It may be simply our experience of life. To sum this up, central experiment is one of the constants of the spirit which is inherent in a true record of experience. But experiment for the sake of experiment has no such significance. Our present experience of life is too violent to be congenial to experiment in either sense. There is also the consideration that the present time succeeds a time of experiment. Theoretically a period of attempts at a world revolution should destroy or endanger all stationary poetic subjects and words and be favorable in the highest degree to the recording of fresh experience. But the vivification of reality has not yet occurred in spite of the excitement. Only the excitement has occurred and is occurring.
Experiment in form. So, too, experiment in form is one of the constants of the spirit. Much of what has been said about subjects and words applies to form. There is, however, a usage with respect to form as if form in poetry was a derivative of plastic shape. The tendency to visualize form is illustrated by the way a reference to form becomes a reference to the appearance of the poem on the page as in the case of a poem in the shape of a pear, say, or a poem without any shape at all. Such trivialities show that the record of a man’s experience in the modern world is not a derivative of plastic shape. Modern poetry is not a privilege of heteroclites. Poetic form in its proper sense is a question of what appears within the poem itself. It seems worth while to isolate this because it is always form in its inimical senses that destroys poetry. By inimical senses one means the trivialities. By appearance within the poem itself on means the things created and existing there. The trivialities matter little today and most people concede that poetic form is not a question of literary mode.

Form unsolv’d by mere anomalous practices eccentrick by bowsers and stewards. Experiment that goes off without any sense of its necessary contact to “the vivification of reality”—experience (the French, closer to the Latin, refuses to make the two distinct: “Fr. expérience, ad. L. experientia, f. experient-em, pr. pple. of experīrī to try, put to the test” is how the etymological rigging—full of sailors mercilessly clambering about, trying out the ropes by use, putting one’s own activity to a proof—hangs off the O.E.D.’s “experience.”) One thinks of Williams’s insistence on “contact.” There’s the story Kenneth Burke tells, of a day, Williams in retirement, the two “walking slowly on a beach in Florida”:

A neighbor’s dog decided to accompany us, but was limping. I leaned down, aimlessly hoping to help the dog (which became suddenly frightened, and nearly bit me). Then Williams took the paw in his left hand (the right was now less agile) and started probing for the source of the trouble. It was a gesture at once expert and imaginative, something in which to have perfect confidence, as both the cur and I saw in a flash. Feeling between the toes lightly, quickly, and above all surely, he spotted a burr, removed it without the slightest cringe on the dog’s part—and the three of us were again on our way along the beach.

Burke (who later recalls, too, an incident where Williams, post-medical practice, “said explosively that he missed the opportunity to get his hand on things”):

I thought to myself (though not then clearly enough to say so): “And here I’ve learned one more thing about Williams’ doctrine of “contact.’” It concerned the “tactus eruditus,” and I quote words that he had tossed, as a line all by itself, into a somewhat rough-and-tumble outburst, “This is My Platform,” he had written in the twenties.

Odd to think of Stevens’s nod to Williams (“Nuances of a Theme by Williams”) with its epigraph a complete quoting of Williams’s poem “El Hombre” (out of the 1917 Al Que Queire!):

It’s a strange courage
you give me ancient star:

Shine alone in the sunrise
toward which you lend no part!

i
Shine alone, shine nakedly, shine like bronze,
that reflects neither my face nor any inner part
of my being, shine like fire, that mirrors nothing.

ii
Lend no part to any humanity that suffuses
you in its own light.
Be not chimera of morning,
Half-man, half-star.
Be not an intelligence,
Like a widow’s bird
Or an old horse.

One senses that Stevens is making (out of Williams’s chora of a radical solitary, local fire) a rather standoffish poetics, a thing putting man, contra experientia, completely apart. 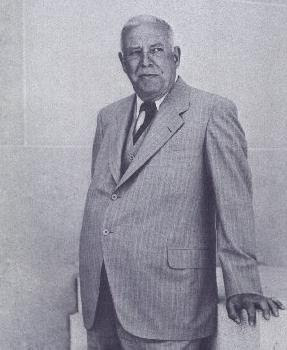