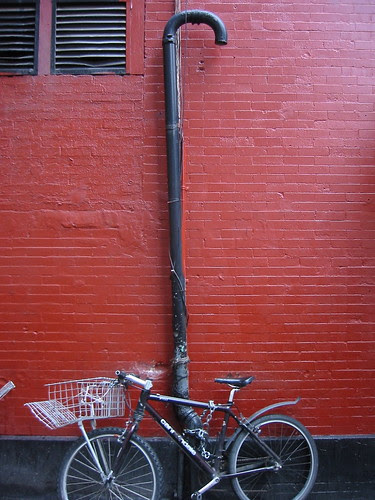 Pre-weekend nada-blither. Debung’d the boîte-cervaux and, hop-là, something flew out. Probably upshot direct of my reading of Patti Smith’s Just Kids: “My writing was shifting from the formality of French prose poetry to the bravado of Blaise Cendrars, Mayakovsky, and Gregory Corso. . . . I listened to recordings of the beat poets and Oscar Brown, Jr., and studied lyric poets like Vachel Lindsay and Art Carney.” Boomlay, boomlay, boomlay, boom. Something about the cross between the Drano-gulper and the self-proclaim’d “sewer connoisseur” sidekick of “Ralphie-boy” measures my mistrust: “Mumbo-Jumbo will hoo-doo you.”

Wallace Stevens to Norman Holmes Pearson (June 24, 1937)—Pearson, with William Rose Benét, in the process of editing The Oxford Anthology of American Literature:

My intention in poetry is to write poetry: to reach and express that which, without any particular definition, everyone recognizes to be poetry and to do this because I feel the need of doing it.
There is such complete freedom now-a-days in respect to technique that I am rather inclined to disregard form so long as I am free and can express myself freely. I don’t know of anything, respecting form, that makes much difference. The essential thing in form is to be free in whatever form is used. A free form does not assure freedom. As a form, it is just one more form. . . . I believe in freedom regardless of form.

Poised against William Carlos Williams’s March 9, 1938 jig in the essay “Against the Weather: A Study of the Artist”: “I’ve been writing a sentence, with all the art I can muster. Here it is: A work of art is important only as evidence, in its structure, of a new world which it has been created to affirm.” And:

The artist is to be understood not as occupying some outlying section of the field of action but the whole field, at a different level howbeit from that possessed by grosser modes. The artist is to be conceived as a universal man of action—restricted by circumstances to a field in which only he can remain alive, whole and effective. He is the most effective of all men, by test of time, in proving himself able to resist circumstances, and bring the load through.

I am wolfing around, trying to tear a chunk off here and there, searching for the (pressure) point—limp neck’d rabbit in the snow, the gorgeous red of the blood-blossom—where the new occurs. Williams again:

Jefferson said it. We should have a revolution of some sort in America every ten years. The truth has to be redressed, re-examined, re-affirmed in a new mode. There has to be new poetry. But the thing is that the change, the greater material, the altered structure of the inevitable revolution must be in the poem, in it. Made of it. It must shine in the structural body of it.

Think of a work of art—a poem—as a structure. A form is a structure consciously adopted for an effect. How then can a man seriously speak of order when the most that he is doing is to impose a structural character taken over from the habits of the past upon his content. This is sheer bastardy.

One begins to consider the possibility that all talk of form and structure is mumbo-jumbo—a feint for purveyors of the serious. Is structure merely local? Is a change of a word in a piece a structural change? (Surely it’s not “only” a change of “content”—its “effect” is going to ripple out in all directions, flooding the field. New fly in the spider’s netting, the whole thing trembles—that’s obvious enough.) Is a change of a word a formal change? What is the difference between structure and form? There’s something to admire in Stevens’s brash dismissal of the terms of the debate (“inclined to disregard form”). Reminiscent of a Stevensesque reply to an anthologist bent on notating (“I am sorry that I am not able to tell you offhand just what the meaning of ‘the much crumpled thing’ is, because I do not recall the line. The reading of the proofs of the book gave me such a horror of it that I have hardly looked at it since it was published, and I don’t think that the ‘thing’ was sex appeal. I am some hundreds of years behind other people and it is going to be a long time before I let a commercialism like sex appeal get any further than the front fence.”) Why, he sounds just like Emily Dickinson! To the anthologist (L. W. Payne, Jr.), too, regarding “Domination in Black”*:

I am sorry that a poem of this sort has to contain any ideas at all, because its sole purpose is to fill the mind with the images & sounds that it contains. A mind that examines such a poem for its prose contents gets absolutely nothing from it.

Getting nowhere. What if I put (up against “Domination in Black”) a “new” thing, say, something out of Clark Coolidge’s Alien Tatters (Atelos, 2000)? Here:

These panels that tell settles, and the ever open troubles.
Rue up to them, please. This in full patch and evolvement.
I heard plural speech through that wall.

These tall nettles, why and what’s the reason for? See them
coming through but so low you don’t know to keep. In
aisles are summoned. Tiring though, through just sense.

Bulldog Drummond, another style of vitamin. Kept close
to the abdomen and pant. Bullyboy Diamond, I thought I
heard tell. Brack Aveline Kickstrew as the neighbor.

This guy Bum Gartner was actually a Kelly, a neophyte.
We raised them with all the lights in action. Treadle plates,
thought bites, levelers. And that I could have been so
proud and blind to what.

Than her friends, they froze them. Talking about it into
a lighter midnight. All thumbs on horse-drawn carriages.
The milder nights of no lights to come.

Nobody’s heart made out the light fiends to come. We
hovered over our experiences, tacky list at waste best. I had
a whole one all over us. I took a well-made stand.

Snipped out of it, at random, a “much crumpled thing.” Love, along with other things, the Dylanesque (“Who Killed Davey Moore?”) nod of “why and what’s the reason for?”** The trace elements of Coolidge’s “here to there to Endicott Square” advancement by rhyme (settles, nettles, summoned, Drummond, &c.) kin to Stevens’s “repeating themselves” doss-bag: the two pieces seem mutual pari-mutuel bets against the need for a poem to run any horse-race beyond the cheering stands of its “fill the mind” own track. That is to say, it simply gets going with its business (the dogs of commercialism perennially hamper’d, barking out beyond that front fence) in a place where there’s little call to examine any difference between the “tacky list at waste best” and the “well-made stand.” Making of all the essentialist appeals to the necessity of new form a distracting minor irritant: the work is here where some few individuals kick against the pricks and “bring the load through.”

At night, by the fire,
The colors of the bushes
And of the fallen leaves,
Repeating themselves,
Turned in the room,
Like the leaves themselves
Turning in the wind.
Yes: but the color of the heavy hemlocks
Came striding.
And I remembered the cry of the peacocks.

Out of the window,
I saw how the planets gathered
Like the leaves themselves
Turning in the wind.
I saw how the night came,
Came striding like the color of the heavy hemlocks.
I felt afraid.
And I remembered the cry of the peacocks. 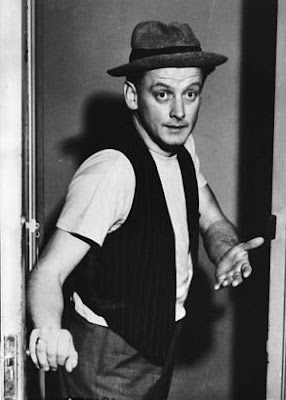 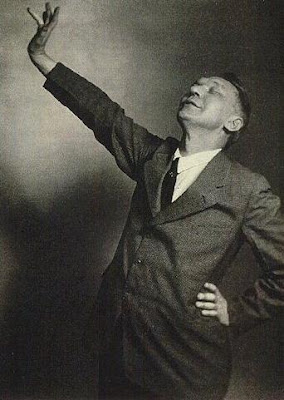