Steve Benson begins: “To write and publish The Grand Piano’s ten volumes, the ten of us have to get along and find consensus over a period of more than ten years.” And one thinks: ten writers, ten years? Isn’t the result, the series of squib-fill’d little booklets rather puny for ten years effort? And what’s the meaning of “consensus”? What’s consensual about writing, that solitary pull and compendium—unless one’s engaging in political manoeuvres (or pre-sexual-gymnastickal hat-rabbitings)? No sense is offer’d anywhere of the Grand Piano playa process (though Benson talks rather darkly of the “pressure to participate on time in a situation hurtling forward on scarcely predictable telescoping of rhythms in various dimensions” and how it causes “acute stress and challenges concentration”—Ow. “In fact ouch.”) One sees only the progress, the booklet après-vetting, or -gutting, who knows? What is a “collective autobiography”? A thing less than the sum of its parts? Change for a Jackson dribbling through one’s fingers like toy money glinting in the setting suns of the mutually deluded?

What Benson offers: a return, unrepress’d and eternal, to the piece “Views of Communist China”—“A lengthy (Benson footnotes) tour of my apartment in the Mission District . . . conducted for attendees to a talk I announced I’d give at Francie and Bob’s South of Market loft, in which I’d arranged many of my home’s contents in roughly the same spatial relationships, bracketed with a spoken recitation of documentary material regarding life in contemporary China.” Good mileage is, one begins to think, everything, “in a situation hurtling forward,” &c. Parts of the 19 May 1977 VOCC (the aficionados say), subject of earlier GP frettings, appear’d in Bob Perelman’s 1980 Talks / Hills 6 / 7, is “forthcoming in Bob Perelman, ed., The Bay Area Talks (Salt, 2009),” and is slotted in—“as complete and unrevised as I could make it”—to the Kevin Killian and David Brazil-edit’d Kenning Anthology of Poet’s Theater, 1945-1985. There, Benson admits to an earlier (pre-Hills) copy, too: “Within a week after it was performed, I believe, I had made a photocopy eight and a half by eleven inch book with cover photos by John Harryman that I gave to a number of friends. I typed it up to see what it was, and then I was so impressed that I made the book.” Pretty good for a lot of basso profundo white boy inanities punctuated by the stoner’s giggles of G. P. Skratz (here, about “Steve’s word” “comfortable”—Watten’s like a toy poodle pestering a stuff’d duck):

barry: Whenever I use the word now I’m aware of Steve using, it, you know.
bob: Really?
barry: Oh absolutely. (Then, to Steve) That’s your word, you know, so.
francie: What?
bob: It’s Steve’s word, Barry says.
dorothy: Why is it Steve’s word?
barry: Well, I just think it has Steve’s name on it.
bob: You hear him saying it when you say it.
barry: Yeah. “I didn’t feel very comfortable.”
bob: Or, “I felt very comfortable.”
barry: “I felt very comfortable.”
g. p. skratz (laughing): Putting the past case scenario on it.
steve: Yeah, well, it’s, actually it’s not a word that I like.

Oddly enough, in the Kenning anthology, Benson’s dignify’d the transcript with last names (lending a plenary “documentary” air to the proceedings), and reinterpret’d the voices: “Francie” and “Dorothy” both become “Phillips.”

If there is little context offer’d in The Grand Piano series—surely there were other writerly and readerly goings-on in the vicinity, a “milieu” and backdrop for the self-stroking bas relief of the playas herein mutually meme-ing (pronounce it how one must)—one begins to see a kind of pathological self-regard play’d out in the form of a (subsequently) will’d denial of the “beyond” (meaning, history’s particulars, any that fail to advance the “consensus”). Benson writes:

Language poetry worked itself into the seams of the poetry scene in which it found itself. It appeared to precipitate around itself tendencies toward demonization and conflict, stigma and judgment, as means to cope with the defensiveness and disorientation it engendered. Language poets often felt refreshed and rewarded by our own experiences of doubt, perturbation, overwhelm, and lack of bearings in appreciating works of evident rigor and integrity. I recall we were often hurt, upset, angered, frustrated, and surprised at the negative reactions to such work by others, who saw it as a problem unacceptable to them. We often had a problem ourselves with others averring limits or boundaries to us as a group.

Hence, the “collective.” There’s a kind of double-talk here (“experiences of doubt” versus “evident rigor and integrity”; “worked itself into the seams” versus “appeared to precipitate around itself”) along with a total refusal to name names, that is, to insert a fact into the vaguely psychological muzz. (One’s remind’d of Harryman’s cartoonish claim that “in a moment of abandon, a soon-to-be mainstream poet who worked with me at the Poetry Center declared, ‘I believe in the dictatorship of the proletariat.’” And: “Because I was a Language writer, I had to be careful what I said if I wanted to be secure in my job: when my boss insulted my boyfriend, I kept my mouth shut.”) Innuendo and lack of clarity repeatedly upped into fraught intensities that attempt to serve for sincerity, that’s one reading of The Grand Piano project. (Or is it “art”? Benson, about the writing that becomes Blue Book: “I dropped any presumption to truth, aiming my sincerity at my own level of interest and my care to maximize alertness, to minimize enforcement of any other standards, so these blue books could be art.”)

Benson ends (and one senses he’s addressing the cohort): “There are lots of other sides to this subject.” And, after running through some—“Saying the wrong thing and not saying anything. Making art that wasn’t likely to change the world”—allows doubt to pervade the consensus: “Missing things. The disquieting sense something is wrong. What’s the matter? What are you talking about?” I recall what Thoreau wrote to James Russell Lowell, who, editing a piece for the Atlantic Monthly, ’d expurgated a line out of “Chesuncook,” one of Thoreau’s Maine Woods essays, a line about a pine tree: “It is as immortal as I am, and perchance will go to as high a heaven, there to tower above me still.” Thoreau, furious, wrote to Lowell (22 June 1858) that he had “no more right to omit a sentiment than to insert one, or put words into my mouth. . . . I am not willing to be associated in any way, unnecessarily, with parties who will confess themselves so bigoted & timid as this implies. I could excuse a man who was afraid of an uplifted fist, but if one manifests fear at the utterance of a sincere thought, I must think that his life is a kind of nightmare continued into broad daylight.” 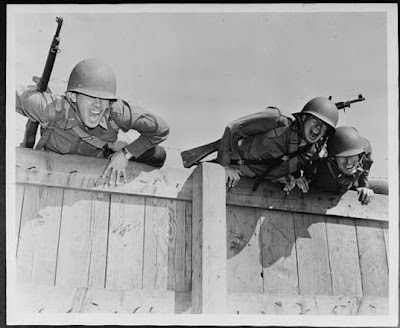