Number nine of The Grand Piano’s come down the turnpike, implacably fat and grey. We’d better, I tell my stubborn mule, read the thing. Epigraph’d by Clark “I don’t like to see human beings run down” Coolidge (“Nothing more telling you than the storms of broken time” out of The Crystal Text). (I “picture”—reading that—the flat Illini voice of the dough-phizzog’d Carl Sandburg doing a gruff tremelo of “All I can bring you is broken-face gargoyles.”) That (epigraph) and (that of) the East German novelist Christa Wolf—she of the admonishing (in The Quest for Christa T.) to “leave what you know too well, leave what has ceased to be a challenge. Keep alive your curiosity about other ranges of experience. . . . Prefer the movement to the goal.” Here, annoyingly used to sweep off (disingenuous flourish of the reassuring lover who’s halfway out the door) a history of aggression to magnanimously unveil a seeming equanimity pre-parsed, something out of Wolf’s One Day a Year:

Perhaps reports like these can contribute to keeping opinions about what has happened in flux, examining prejudices once more, dissolving bitterness, recognizing personal experiences again and gaining more confidence in them, permitting foreign conditions to come somewhat nearer.

A mighty odd nudge in the context of language writing’s madding denial of the personal. A faux-naïve version of Rodney King’s “Why can’t we all just get along?”

Rae Armantrout is up. And bunts. A minimal story of returning, post-San Francisco, pregnant, to San Diego’s somewhat rundown (“I don’t really have a word for what it was”) Golden Hills. Story of a dwarf trying to push a way in through the door (“I never put that incident in a poem”). Story of Armantrout’s home town’s indefinable “familiarity . . . ‘unheimlich’”: “stimulating in a way . . . something I kept trying to think myself into or around.” The upshot: “I did write out of my sense of displacement . . . Displacement was my muse for quite awhile.” Story of Lyn Hejinian’s “saying she was struck . . . by my familiarity with the plants of San Diego”:

Of course, nothing is native here except chaparral and a few scrub oaks. The plants I grew up with were all from somewhere else. They were dependent on sprinklers. The most common were oleander, ice plant, juniper, jacaranda, Spanish pepper, Brazilian pepper, bougainvillea, hibiscus, lantana, and the ubiquitous, but usually ratty, bird-of-paradise. Do I name them to try to conjure up a sense of place?

It’s difficult to know what to make of Armantrout’s perennial reticence, lack of push, refusal to go beyond some level of mundane event, a kind of radical uncommittedness. At its worst: affectlessness (or maybe, like San Diego: “strangely empty and somehow illegible”). Likely, it’s largely a measure of temperament (the poems, too, depend on indistinct, or vacillating, vagaries of intent—see, say, in “Necromance,”—Armantrout quotes a San Diego stanza after remarking on neighborhood-identifying signs (“they’re there not so we know where we are but so we know that we’re somewhere”)—

Couples lounge
in slim, fenced yards
beside the roar
of a freeway. Huge pine
a quarter-mile off
floats. Hard to say where
this occurs.

—see, that is, how that “Hard to say” is finally adjudicated by waffling: “Emphasizing correct names / as if making amends” in the initial stanza becomes, toward the end of the piece, “Emphatic / precision / is revealed as / hostility.”

I think distractedly of a conversation with Irish poet Patrick Kavanagh that Anthony Cronin records in the memoir Dead as Doornails, the post-WWII Dublin of Brendan Behan and Myles na Gopaleen:

In one of the last conversations . . . we had he said he had ‘no lumber in his mind’. ‘That fellow Auden’, he said, ‘has a well-stocked mind. He has a lot of furniture, a lot of philosophy and psychology and that sort of thing. Of course it’s junk, but it does to make a blaze, it creates energy and a sort of warmth, and when you get the blaze going you might succeed in saying something. But I’ve read nothing and have no rubbish to burn. None at all, no philosophy, no nothing. And you can’t go on writing lyrics.’

Is that conflagratory furnishing (with its charge and load of ambition) what I sense lacking in Armantrout? I turn to pieces out of Versed (Wesleyan University Press, 2009), randomly gleaning. Here, it’s as if she’s asking something of the same:

Impossibly teetering
is one way
to remain.

Half contemptuous, half
ravished

A two-lane highway
between ghost-towns—

one of the clichés
you love

the memory, not
of events

but of continuity
itself.

Who are you anyway?

Teetering in the continuity between, a fluid changeable state, hardly-defined. It is, perhaps, what makes Armantrout’s poems both so appealing to some (empty’d vessels, vessels “versed”—refillable with any old thing one desires) and so intangible, unmemorable, skittish. Here, another, a tiny one (they are all tiny):

Sound
may be addressed
to you
or it may not.

A receipt,
blown crazily
across the parking lot,
was, perhaps,
a moth.

Indecision works. (Or doesn’t: the allying of “receipt” and “moth” seeming, finally, metaphorically imprecise—paper debris, its flat crepitance caught sailing versus a perfectly soft hasp’s own unhingeing, and re-hingeing . . .) 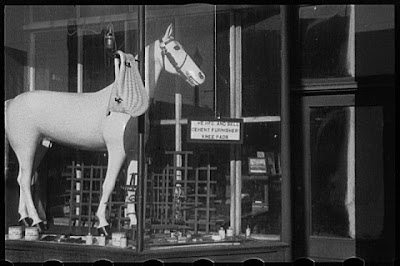