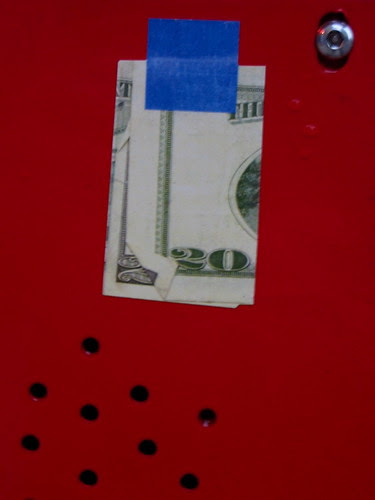 One modality (I am tempt’d to say) of Ray DiPalma’s Pensieri (Echo Park Press, 2009) is a precise glut of Latinates (a sort of inverse-Doughty lingo), spelling it out:

Anything governed by luck proves
a suitable pastime requiring little evidence
of ingenuity or acknowledgement, not altering
but transposing—‘when decided’ the only formality—
truth of purpose secured by inversion lacking symbolic order
revealing a compromised inwardness aggressively
minimal like a barking dog
the axes of omen and mystery argued
out of efficacy into only imagined foreignness
or at the disposal of a charm of low purpose
deliberative modalities reduced to paradox
or regularly erased from sustained accounts

Such deliberate, insistent and sustain’d ideation is exceedingly rare nella poesia americana contemporanea—one measure is here: think back to how, reading, you clung to that “barking dog” stuck perfectly up (like an Indian arrowhead topping a stumpy post-pluvial hummock in a fresh-plow’d field) in the midst of the mild drubbing that arrives with the duty-bound markers of thinking’s august presumptuousness. (Yeah.) Think how that dog’s the bas relief—finger’d defiantly, reassuringly—on the coin tumbling up mid-toss (DiPalma’s ‘when decided’ another way of saying ‘call it in the air’) the way every pensiero must needs forego its singular integrity to provide a wolfish battery of choice. What I mean is, such finesse of thinking (without Dr. Williams’s “things”) is a rarity. Though: DiPalma’s making is, self-admittedly, “consistently architectural”—it is, too, a way of retrieving something of time’s bleak leavings, that “distance” that is in the distance itself. In the first piece (half-jocular, under a sub-titular “Agate Hub”): “Distance plus distance / over distance minus distance / making a rapid, controlled spin // A place / between the land / and the seas.” And, two fragments out of that initial gear-up: “ther is noon alyve here” and “hew—and cry.” Maker’s marks, DiPalma’s own Adamo me fecit chisel’d into the book: there is a persistent sense of fraught yearning here, of bare adequacy temper’d by something akin to the disjecta of defiance—

You are maladaptive but perfectly shaped—
what you mean by technique
is a pliant density of critical song
rotted down to accident—but still robust—
‘like-making’ encumbered by partially forgotten
melodies that it seems now only you can recall. . . .

—, the made thing banging up against indifference, that of its tools (“The page turns against the pen, / the binding encloses an abyss”), that of its place: “The name accompanied by its chant accumulates, / circulates its imperfect message unsounded, / steps out into the sequence confused and indifferent— / out into the snaring enticements and cunning dispatch of silence.”

Pensieri is dated “April-September, 2007” and some of its entries carry exact time-stamp’d style headings (“Dies Martis 7:08 PM 5/15/07”) “in measure of a temporal integrity.” As such, the book—notational, essaying, writing the everyday—joins DiPalma’s excellent book of books, The Ancient Use of Stone: Journals and Daybooks, 1998-2008 (Otis Books / Seismicity Editions, 2009), though without that volume’s wonder-penetralia of drawings, &c. (There is a frontispiece in Pensieri: geometrickal clockwork mechanisms in overlay against the Rorschach’d physiognomy of a Kafka lookalike, half-menace, half-peril.) A couple of pieces:

No anecdotes relegated
to the separations, fretted arches,
perfumes—neither a capitulation
nor a quietus accorded its grimace
but a prosecution of moments of lookout

retrospective in their integrity
most difficult because acquisition
often resembles seizure—or sort
and conquering amount, accuracy derived
not from numbers but pause and noble assertion

beyond any intended remediation of complexity

Disregarding for a moment the Ponge reference, isn’t there something of Beckett mimicking Joyce to that title? (I discern Beckett, too, in “No anecdotes relegated / to the separations” and in another piece, “Torpid with Venom, Still Dependable,” DiPalma tips Beckett’s Molloy turnip-truck with its sideboard paint’d “no symbols where none intended” to declare: “some symbols where none intended,” the way writing (reading) insists, going its own way regardless. Regarding Ponge, a seemingly odd reference in the largely ideational flux, regarding Ponge (I find, marauding): Ponge tells Serge Gavronsky (who’s asking about P.’s “phenomenological disposition”):

It is true that I am sensitive to things . . . to things in themselves—but if . . . I confronted language with something neutral, something which had neither feelings nor ideas, I was doing it for man. If I placed language in front of something neutral, something which was not in itself poetic, it was simply to put it to the test. As simple as that. What interests me most is not so much . . . yes, I am sensitive to things, that’s clear. I believe that in order to be a writer or any sort of artist, in any discipline, one has got to be sensitive to the means of expression. My means of expression is language, and words the way they are, with their existence and their history, their semantical representation. And it is in order to revitalize language that I place myself before something neutral, which is not yet poetic in itself, and has not yet been “sentimentalized.” I try, in the verbal world, to do something which has as much concrete existence as the objects that I describe.

Of use, that, in thinking, too, about DiPalma’s language, largely a “neutral” language (“Falsified at heart / though in earnest expectation / language is not evidence” he writes in “Empathy’s Painted Cheek”) being put up against—in many cases—itself. Here’s “Parallel Universe III”:

The road ran north from Brindisi
to Naples and then on to Rome—
And that I, betrayed by a woman,
should live to see an outsider take over
my little farm—something I had never feared—
dispossessed, made to go—
A two year-old steer is brought to a specially
constructed hut with windows on all four sides,
facing North, East, South, and West. The animal
is then beaten to death and left to rot through
the spring. In the rotting carcass
a cluster of bees will be found.
Bougonia—restoration to the hive
and of the hive

A brilliant turnabout—restoring the hive of language. The story of the steer is apparently repeat’d in the introduction to Robert Fagles’s translation of Virgil’s Aeneid. (The Greek “bougonia” means, literally, something like “birth out of a steer.”) Virgil speaks of honeybees—resuscitating the fail’d hive—too in the Georgics. What I love: how DiPalma’s reinsertion of the ancient lore—align’d against (“parallel”) a tale typique of betrayal and dispossession, and against the saliences of the whole (“It’s not a matter of redefining language / but that of using language to redefine,” he writes in “Pretense Festive in the Plain Version”) makes for a sense of the whole language field “on” gratifyingly high alert. What more ought one ask? One more, sans commentaire:

where the amorous and listening eye lifts its reproaches
—Frank O’Hara, ‘Poem,’ “The distinguished”

Short arias behind long narratives
bolster the state of the economy—
no compromises even if handmade and
effectively paralysing the attraction by
breaking off one of the wooden wings.
A lot of money and a sense of tradition are at stake.
They say the rain won’t let up until tomorrow.
So it’s a cantata and pushes us towards the white shores.