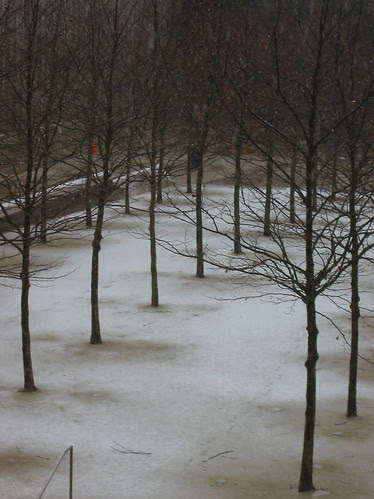 One amusement: determining the “theme” of the volume. Uncanny utterances répétés. (Armantrout): “Everything was more or less familiar, but the way things are familiar in a dream, a familiarity that is, paradoxically, ‘unheimlich.’” (Hejinian): “This is the heimlich (cozy) moment within and surrounding the unheimlich (frightening, uncanny, alien) moment of the romance—that of the self-contained, self-containing, potentially explosive American nuclear family, a thesis which the 50s tried to withhold from its antithesis.” (Hejinian adds: “The result is a muddle which is never superceded—an absolutely undialectical culture”—seemingly forgetting, for the moment, Charles Bernstein’s command: “Just don’t say it like you mean it.”) Ted Pearson—flogging another “Étude”—grabs the ball and runs with it:

If the alternation of lack and desire paces my approach to the space of writing, it is also recognizably the rhythm of my unheimlich Other: the one who, in the event, writes. From his perspective, the recognition of lack (of what is now accessible to language) arises concurrently with the desire to write as the prerequisite to writing.

Good to see Pearson and that “unheimlich Other” wearing le même jersey though, frankly, one’d appear there to be approaching that “muddle . . . never superceded.”

Pearson begins with preciosity: tableau grand écrivain. “First cigarette. Black coffee. Note on desk: ‘Begin étude.’ Mind replies, ‘And be done with it.’” (Just how precious becomes evident at the end: “Last cigarette. Islay malt.” Writer as one who strikes writerly poses.) A way to broach a vacillation between “anticipation of work to be done” (“work” here a marker for “writing”—bless us our Puritan forbears) and “its completion”—“what will have become the finished text.” The two anticipations, in Pearson’s world, “bracket the nonidentity of writing as process and as text.” Which sounds like the makings of a terribly bland sandwich: one slice desire, one slice relief, and no meat between. That “nonidentity of writing” apes (or is aped by—Pearson’s world’s a jungle of mimickry-deft, chest-pounding signifiers) the self’s own “nonidentity”:

These polarities produce an alternating current of hope and despair: hope for a writing that will approach the horizon beyond one’s present location—and despair at the prospect of that journey. The resulting tension is the cost exacted by acute awareness of one’s nonidentity, not only with one’s writing self, but also with the world one presumes to engage through writing. That the world and the space of writing are at once familiar—and not—reveals the unheimlich dimension of practice.

As Gertrude (not that Gertrude) puts it: “The lady doth protest too much, methinks.” Where’s any sense of the writing act with its bounty of particulars, unfinal nudges and smudge retrenchments, loft’d solos, bench-clearings, raptures and rifts in that rule-stickler Time? Pearson’s joyless summary’s caught in a pun: “writing surfaces”:

. . . in the interval of that encounter [between, apparently, “engagement and deferral” or “the haeccity of this, in its defining particularity, and the alterity of not this as what comes next”], where affect meditates percept (the notepad) and concept (the injunction to write), I imagine “writing surfaces.” In one sense, this refers to the surface we write on; in another, it asserts that writing surfaces when and whence it does. The former are empty, impassive, and promissory. The latter, an ontologically fraught fiction.

I liked better Ron Padgett’s version (c. 1969): “It is something deep and mysterious inside of a person that cannot be explained.”

Pearson declares himself “struck” by Hejinian’s phrase “autophobia as a form of internalized xenophobia” (along with “coherently structured but internally disparate”—fancy-Dan talk for a bag of what ends up belonging) and proceeds to pin it to a perceived “American” anti-intellectualism, claiming that “resistance to critical thinking [“a national trait”] . . . stems from an ingrained fear—of where such thinking might lead, what illusions it might shatter, and what impediments to ‘progress’ it might pose”:

Hence, “autophobia” might well refer to a fear of the self that thinks critically. More commonly, it refers to the fear of being alone, symptoms of which paradoxically include the fear of being ignored or unloved and a fear of outsiders. More strictly, however, autophobia refers to the irrational fear of oneself. What strikes me about this latter usage is that the autophobe recognizes itself as other—and is repulsed by that recognition.

Pearson’s rhetorical strategy here—that of making of the word autophobia itself a sack of un-belonging, and dishonestly (“might well,” “commonly,” “strictly” “What strikes me”—what’s here is hardly “critical thinking”) cramming it with disparates—attempts to condemn the solitary himself to some presumably ruinous kind of anti-intellectualism. Such is the moral high ground of the self-select’d “intellectual.”

One final note. Curious to see the addition of “motivated” to the usual unabash’d misnomer “experimentation”—kicking off a new ad campaign?

To the point is “what remains radical.” . . . Motivated experimentation remains as unpopular as ever, with the emphasis here on “motivated.” As John Cage usefully [though rather meaninglessly for an exploratory practice] insists: “One doesn’t make just any experiment, but does what must be done.” Which involves rather more than “anything goes” or (less ingenuously) striving to be seen at the so-called cutting edge (which, with too much honing, is rendered dull).

Sounds a little defensive. Only poorly made (stamp’d) knives go dull with honing—the older hand-forg’d steel ones re-sharpen again and again. And what about the goofing off of Perelman and Co.’s now-classic “instead of ant wort I saw brat guts”? Category of “motivated experimentation” or “doing what must be done”? Pearson ends with an odd admonishing:

The insights afforded by “mistakes” and “accidents”; the complications introduced by contingency; the discontinuities of art and life, and the effects produced by improvisation, change, and procedural strategies—all count for little if the writer fails to recognize them in situ and turn them to account. . . . As Charlie Parker pointedly observed, “this music’s about more than wanting to.”

After all of Pearson’s talk of “desire,” oughtn’t he heed Parker’s point (a sharp one) himself? 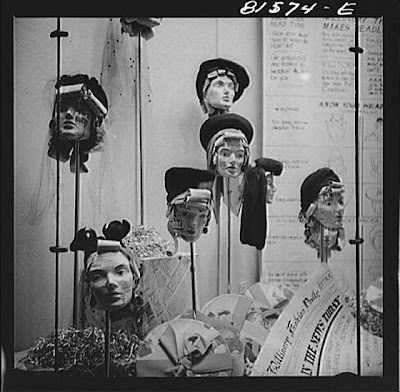 “The recognition of lack . . . arises concurrently with the desire to write . . .”