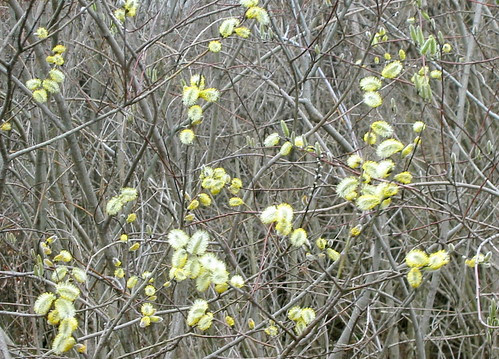 Tom Mandel’s piece in the first booklet of The Grand Piano is highly likeable: mysterious, furtive-discrete, slightly antagonistic, a weave of stories. One sees Mandel somewhat bemused by the earnest play of the others: “it seemed to me then, as it does now, that the critique of authority, of the singular self and its authorship of the poem as a singular document . . . all that just seemed a form of ressentiment to me and to leave aside the multiplicity that interested me, which was not of the self as author but elsewhere.” A way, perhaps, of saying, “yes, and what about the bigness of the world?” And (Mandel): “I’d been reading Walter Benjamin in the mid-sixties, under the influence of my then-teacher Hannah Arendt, and had come to see the incredible effort it cost him to arrive at authorship, that the singularity of self was an achievement.” Making the “brat guts” kicks (one way to translate ressentiment) of the juniors faintly humorous, faintly obscene. What’s tangible in Mandel’s squib, is the way difference itself is a kind of love, and absolutely essential to poetry-making, the daily struggle to define and redefine, to keep things in motion, to keep the death-dealing ideologues (of whatever “stripe”) at bay. I find Mandel’s words here moving:

Still, it was part of the disequilibrious relationship I had with you to disbelieve what you believed. And part of what made you all incredibly attractive to me, because this is how I understand the phrase “the person who makes,” who arises in the identification, as a source of attraction, as occasion for desire, someone to love.

One question: Mandel begins: “I had had the world presented to me, ‘with inescapable permanence and intimacy,’ as my oyster.” One is unable to determine if those words are simply those that any of “us” ought admit—that is, growing up white in the affluence of in the post-WWII boom—or not. Whatever the extent of Mandel’s particular oyster-platter life, it’s proper to recall that Language poetry emerges in the midst of (out of) the most privilege’d and affluent U. S. generation ever.

Ron Silliman comes off rather as the Sharon Olds of the ten writers, rehearsing a past in what is mostly a confessionalist / sensationalist manner, with all the markings of victimhood. In the first three or so pages of it, one “gets” father cheating on mother two days after wedding, Silliman’s near death (pneumonia) at six months, father in near airplane crash, father smuggling liquor, parents splitting up, Silliman’s seeing father “make love” to “a woman . . . African-American . . . not my mother,” a grandmother “flagrantly psychotic from untreated chronic depression,” mother’s (broken) engagements to “cops,” mother “returning from an evening out beaten black and blue”—and, moving somewhat inexplicably out beyond the circle of immediate family—the “man who worked as a janitor in the same Emeryville paper mill as my grandfather shot and killed his wife,” follow’d by the man’s stepsons who “used a broom to sodomize the boy who lived next door.” Culminating, oddly, in a couple of sentences regarding the “mayor’s son” who “raped and murdered Judy Williamson, another recent graduate of Albany High.” What, exactly, is one supposed to think, reading the litany of horrors? There’s something sentimental here: at the “climatic” point where Silliman says of himself “The person who moved to San Francisco for the second time in 1972 was a mess,” one is ask’d to accept a whole unexamined slurry of Oprah-inflect’d “street cred,” the emotional shorthand of TV-land replacing anything of more substance than “mess.” A similar thing occurs when Silliman gets to the “up” side of the tiny memoir: every action becomes vaguely heroic. Silliman crawling out on a balcony to place a banner—“that stayed up for weeks”—renaming a Berkeley building during an “action.” Silliman “one of two undergraduates” on a steering committee (with the accompanying curious remark that “It was . . . the first time in my life that I had a sense of being in control of any kind . . .”) The egregious exaggeration: “everyone was working twenty-hour days.” Silliman taking Berkeley by storm:

I finagled the permanent assignment of a carrel in the stacks of the main library on campus. There I paid only enough heed to my classes to get the requisite “A” grade—which wasn’t much. Instead, I would sit in my carrel for hours, day after day, reading the Objectivist Anthology and, on microfilm, Pound’s unedited letters complete with Mussolini-sloganed stationery.

Kit Robinson’s quoting of Arthur Craven (I assume he’s referring to Arthur Cravan)’s terrific (and previously unknown) La littérature, c’est ne point que ta, ta, ta, ta, ta certainly predisposed me to that entry. (The Cravan strikes me as a lovely sort of constructivism pour les enfants, one vocable repeat’d to hammer home desire. Or literature as masonry, brick by brick. Though one ought, too, consider the possibility it’s a boxer’s version of constructing a piece: Paf! Paf! Paf! Paf!) That and a Robinson line written apparently shortly after getting “true color” (the optician’s term) lens sunglasses made. Robinson’d want’d “to replicate the tense specificity of the rooftops cluster along the ridges to east, the brilliant mute spectacle:

Perfect? Or merely perfect in the context of the story of its invention? Or perfect in its recognition of every writer’s taunting revery of a language untrammel’d by sense (that transient thing) and—simultaneously—precisely, ineffably, expressive (“. . . a real lemon like a newspaper in a collage is a real newspaper” —Spicer). Robinson musters (like Mandel) a variety of anecdotes and leaves the connectives lie. (One—of two reading simultaneously “while the third types,” with the line “Instead of ant worts I saw brat guts” reprises the earlier Perelman reference.)

Lyn Hejinian’s exploratory “nature” (a word she’d reject—I mean a tendency, a leaning, a disposition, the way, say, one individual’ll fidget with an ear in order to think—or pace around the room after every sentence or two) seems undeniable—so it’s hard to fathom a particular point wherein she determined (circa 1977, moving “back to the Bay Area”) “to denaturalize my world view and to de-aestheticize my approach to writing, so that it could never reach (and refused to seek) a sublime point of completion. Its unfolding, simultaneous with my thinking, was to be dialectical and willful.” (Though there’s always a higher degree of clarity to retrospect, Hejinian’s report of feeling pinned down by the “three great determinisms”—Freudian, Marxist, and Darwinian—rings plausibly. I, too, recall conversations of the period about the “monsters” of the “era”—Freud, Marx, and, oddly, Picasso. Hejinian is blunt about the rational underpinnings of her exploratory: one telltale phrase is about her life’s “growing complication and the ways in which it required me to reason.” Or in the admitting (finding Shklovsky’s ostranenie of use):

In the course of developing reason (and, in the process, reasons—and I do think of the 70s as a period devoted to discovering our reasons), I had to volunteer to encounter the irrational—or at least the incomprehensible.

Good-humoredly, and deftly. There’s a sidelong “romantic” mischief to all the investment in the rational: “My romance with notions of rigor and with epistemology and phenomenology as undertakings begins here.”

One addition, because I like the lines, “for use.” Freud (in “The Ego and the Id”), quoted by Hejinian:

Eros, “by bringing about a more and more far-reaching combination of the particles into which living substance is dispersed, aims at complicating life and at the same time, of course, at preserving it.”

The kernel of a poetics there, one that is first for the bigness of the hard woody pericarp (nutshell) that is the world. 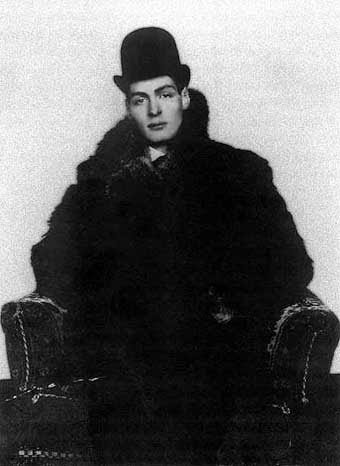