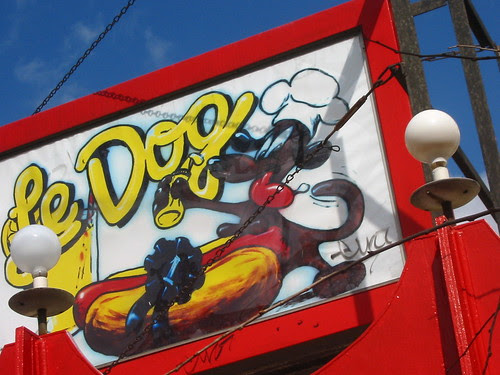 Fuss against the day, its late demands, the tirades of its “last-legged” light, light of an imperial strength, buzzing the land, stretching out its long white horizontal neck, a goose, tether’d, or haul’d finally down behind the plum-color’d cloud-bank. Ragged end of another weekend without focus. “Without proper focus.”

Thinking of a period of lumpish quotidian waits, bottle waits, all a midge-cloud spinning whir-circus of nerves, waiting, unfocus’d, or focus’d only into the searing yellow hum of oneself waiting, a bee, a hovering honeybee still’d by waiting. That’s a little how it is today. Pawing the paperbacks.

Some paperbacks one is unwilling to unloose—the contents encased rocketry, ramrod’d musketry—one durst not skim in advance—one prepares oneself for the reading as if for a religious (or sexual) “ceremony” or “descent” or “bout.” Other paperbacks exist only for the quasi-sorts (see John Ashbery: “Sortes Vergilianae”:

“It is this blank carcass of whims and tentative afterthoughts / Which is being delivered into your hand like a letter some forty-odd years after the day it was posted.”) of the contents, affably dehiscible contents, selectable, and invariably “apt.” Thinking, too, how critical lingo terribly dates a letter, or a document

(like au courant eyeglasses or a haircut or something): there’s a funny “moment” circa 1977 of “everybody” trying to figure out “semiotics.” In the Berkson / Mayer letters of What’s Your Idea of a Good Time? (Tuumba, 2006), Berkson answers the question What do you think semiotics is?

with considerable maladroit gusto, the one remaining man on earth who’d admit to knowing that in a brief twenty or so years nobody’d want to know Donkey Kong about what he did or did not know about “semiotics.” Berkson:

I once had the most peculiar feeling that my stomach was actually where my heart is supposed to be. When I went to a doctor he told me I had hit the nail on the head, I had a strange rare hernia & my stomach had floated up through the diaphragm & lodged behind my heart. There was an easy cure for it, involving drinking a heavier-than-the-heart substance. Phooey. Semiotics is like that hernia . . . really my excitement for the Text-as-Text goes so far back as instinct. I love Roland Barthes too.

Or, elsewhere, Berkson admitting that “Semiotic sex of the sort that George & Chris Tysh were talking about isn’t very intriguing.” (Though, okay, there, twenty or so years “on,” one is a little intrigued, no?) That’s how it goes, moving a couple of dusty stacks of books, only to uncover another pile one’d rather forgot about.

Tynianov, one mutters, Tynianov? And cannot recall even whence it arrived, though an affably foreign roundhead script reads, “T. does not dismiss the idea of ‘artistic emotion,’ but he refuses to address it, preferring to focus on the ‘facts of construction.’” Hidebound and always too adamant to refute, I say:

“Nowadays, even our emotions are construct’d, and sponsor’d, too.” I’ve been skimming pages out of Paul Merchant’s Some Business of Affinity (Five Seasons, 2006). The Five Seasons Press (in Hereford) of Alan Halsey’s Marginalien and Gavin Selerie’s Le Fanu’s Ghost, amongst others.

excess verbiage—of the Notebooks—Merchant calls the pieces “recoveries”—“in chronological order, adding nothing.” Here’s one out of Notebook 21 (“notable,” writes Merchant, “in its early pages for detailed nature notes, the late-night refuge of a poet increasingly plagued by self-doubt.”) The piece:

Poetry gives most pleasure
when only generally
& not perfectly understood

The way, lovingly, forgetting makes a place for additional memory. How writing something “down” dispels it, writing is what allows forgetting, forgetting is what one nurtures (allowing it to suckle). In order to discourage the written’s (and “the read’s”) antic impingement: husking (dry shell) of our plangent notional whims in writing’s sieve.

Which is a way of lollygagging, somewhat loudly. What I do here, awaiting a music that’ll carry one up the beach and deposit one’s impulse beyond the windrows of detritus, or the draggle-draggle offal of one’s impulse. Final heave of wave, or the kingfisher, a stubby-looking bird with a “big” head,

irritably throat-clearing out there on a snag. (Come’s a moment in the “ceremony,” or “bout”—and one’s abaft of all readerly intrudings, one’s in a eyelid-weighing sweat, posturing for the glee of bad posturing—I always think of Hendrix saying “You can leave now, we’re just jammin’—huh.” It’s that tiny bark at the end, putting one on notice: here it comes. And it does.)