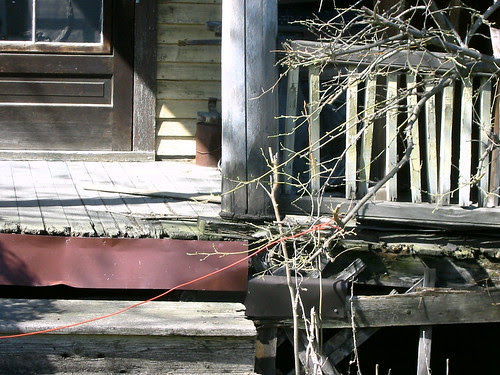 Here’s something. I browse the bookshelves, find a slim paperback, A Writer’s Day-Book by Ronald Blythe (Trent Editions, 2006). Drawn by the title, likely. Thumbing it I see it looks rather like a book of shortish essays—thinking a “day-book” ought to toss up a various mess, some minuscule lyrical buds, some gappy whitenesses, notes. (Like that Creeley with A Day Book enter’d my consciousness, even though I mostly ignored Creeley, found the little scrip he offer’d too little, a penny left in the street.) Contents: Francis Kilvert the diarist, Thomas Traherne, several John Clare pieces, “Coleridge at Nether Stowey,” all enough to parcel the thing home in the rain.

And sit with it a little. I read the “Foreword” that begins:

A day-book is a document showing the profits and losses of every twenty-four hours. A poet friend advised me to keep one when I first encountered the bewildering economy of the writer, and so I have. ‘Put everything down’, he said. ‘The total will surprise you.’ And so it does.

What I think I am responding to is a kind of modesty, precision without pedantry, clarity, grace. (Which is wholly opposed to “my” “style”—swashbuckling, torturous, smart-alecky, overwrought, you supply the derogatories, how about “fluffy”?) Look here, Blythe’s opening paragraph to a piece about Laurie Lee, author of, among other things, the autobiographical As I Walked Out One Midsummer Morning:

The stint of vagabondage and the romance of the open road were at their zenith in 1914, the year Laurie Lee was born. Vain were the attempts of squire, parson and the local press to stem what was called ‘the flight from the land’. This wholesale rural exodus was created primarily by the great farming depression which was well set-in by the early twentieth century. It would dominate village life until the second world war. Young men just walked off the farms to the towns, and out of their ancient traditions, leaving behind a kind of beautiful inertia beloved of watercolourists, a penniless scene of ‘tile-spilling farms’, as Lee put it.

Lee left the village of Slad in Gloucestershire, went to London, went to Spain, walk’d and play’d violin, eventually join’d the International Brigades to fight in the Spanish Civil War. Austere prose stylist himself, they say.

Trying to identify why I find Blythe’s paragraph such a satisfyingly made thing. (I toy with the possibility it is the used-up farmland itself that I respond to, inertia’s slow seep into decay, a kind of landscape I love, be it rural or urban, rust and wreck. Writerly landscapes, landscape-identify’d writers: is my regard for Merrill Gilfillan’s precise details of place—particularly flora and fauna—owed to some concurrency of place, or to the depicting itself?) Blythe’s first sentence probably holds one hint—the way its rhythm goes, made possible by a tiny inversion. Look: Vain were the attempts of squire, parson and the local press to stem what was called ‘the flight from the land’ stripped bare:

—a core tetrameter, short-e nasals holding the middle territory, a diphthong’d long-a with i and a straight long-i posed as outriders. Somehow, thinking about prose rhythms I always come back to a letter Baxter Hathaway wrote to some New York publisher who’d shipped the bookshop at Ithaca House some unask’d for junk, Georgette Heyer or something. The letter began: “What this is we do not know.” Again, a tiny inversion making emphatic, making a chiding, thrusting the culprit—Heyer—forth.

If it’s the prose itself that puts Blythe forth for me as somebody to investigate—it is, too, a stance. Here, he clearly identifies with the John Clare he is writing about:

As most people did during the early nineteenth century, John Clare possessed a voice for those who could read and write, and for those who could not. We find in him no condemnation of illiteracy but a ferocious condemnation of ‘clowns’, that Shakespearian term for rustic fools. What riled Clare was their downright refusal to see what lay before their eyes and which did not require learning to identify it, a flower, a bird, any sight which carried with it feeling and intelligence. For such proudly ignorant neighbours he had nothing but rage. It was they who brought the peasantry into common mockery and who created its stereotypes. . . . Clowns existed in every class, shedding their blindness in all directions. Whether they were literate or not never came into it.

And I, with my meagre ferocity, identify with it too—contempt for the incurious, the willfully blind (in the name of combating some “cultural hegemony” or other), those stuck in the mires of terminal endless irony, and the ones who refuse to look beyond that that is somehow sanction’d, by the proud crowd, by the plodding repetitious “authorities,” by the scat-singing of “theory,” or by the clown-boosterism of vacuous (or vicious) clowns.