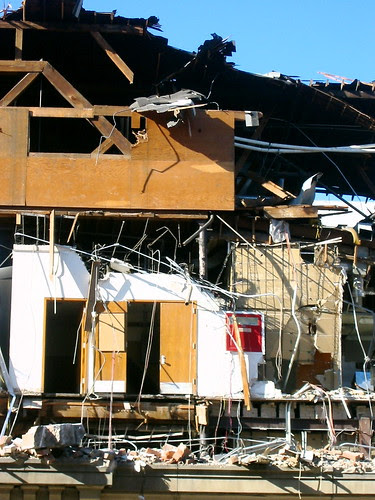 Wrapping up a few notes about the first booklet of The Grand Piano: An Experiment in Collective Autobiography, San Francisco, 1975-1980. Rae Armantrout—as is customary (her poetry, her wont, her “style”)—is deft, cuts straight (in order) to complicate. To Mandel’s (male-gaze inflect’d) “there is no desire without objectification,” Armantrout replies “desire objectifies while love identifies (identifies with).” And, pushing aside any “claim for the moral innocence of romantic love,” moves desire out of a simple subject-object circuitry and, simultaneously, down into the tangled fuse-box shorts of the self-examining self, and out into the marketplace:

I think we all found the first-person lyric poem as we had inherited it (with its production of “the personal”) somehow unsatisfactory, even disingenuous. Then what? Pronouns don’t go away.

End of entry. Too, one notes, authors don’t go away. (What Kent Johnson keeps insisting, and prodding at with ’s feral squad of heteronyms.) If the “capitalist media” is busy making saleable Personality of any critter that noses out of the cave, what difference ’s it make, if one aids and abets—by a particular style of writing—in that “production of ‘the personal’”? (Whether a “first-person lyric poem” is more redoubtably self-objectifying than a piece of syntactical stubbornness is, moreover, debatable: it’s the possibly obfuscatory tangible versus the certainly tangible obfusc, and the twain’ll meet all up and down the line.) One cannot sidestep (or control) (the appetite of) the ever-growing maw of the media: to attempt it—particularly by appealing to “the new” (which inheres in any dismissal of the old)—is to offer oneself (and one’s groupuscule) as, oh, a “snack.”

Ted Pearson’s rather operatic prose style—Jamesian sentence-arias “replicating” (unfoldingly) themselves across the page—startles one. Here’s the elephant amongst the thin dimes (or howsoever the Nabokov line goes regarding H. J.) (Truth is, the “idea” of Ted Pearson as “Language poet” remains odd to me—I recall “discovering” the Past Tents Press Pearson book, Songs Aside: 1992-2002, in 2004 and putting it up for Steve Evans’s Attention Span that year, and subsequently getting a load of old Miles Champion copies of Pearson books off Peter Riley in some underhand’d way (the Herd and Potts-era Poetry Society, who owed me money, paid for them). I’d never identify’d him with San Francisco, or the crew there. (Gaps in the fabric, places to aerate one’s agendas, and see how they’ll ever transmute, given half a chance, in a New York minute.) Pearson’s is a kind of bravura piece, if bravura means strangulation of idea by extended metaphor (“downward to darkness on extended m—” ’s another way to put it). He talks about the Grand Piano’s being a coffeehouse, and by way of digressionary (historical) tactics identifies such as a “volatile” place “in the purview of the ruling elite,” and (according to Charles II) “where the disaffected [meet] and spread scandalous reports.” (Today, the “place” is Blogland, hence the overweening silence on the part of the “elite” to any challenge to the colossally self-serving tales they fob off as History: refusal to engage is, first, a kingly attitude.) So that: when Pearson’s account culminates in a love-hurrah for poetry and its makers—“without conflation, its makers as makers of this art I love, that is, in the absence of any dispositive claims of filiation”—one wonders if he’s talking about some of the same dogged Grand Pianists one reads hereabouts, with that ongoing dismissive contempt (quite beyond simple hierarchizing) for anybody outside the terribly narrow schema of “New American” affiliates.

The documentary portion of the book, a chronology of readings and (some few) related events (the performance of “A”-24 Watten wrote about, the Frank O’Hara play Try, Try, “Jack Kerouac’s out-of-print records from the 1950s, poetry and prose”) is put together by Alan Bernheimer. There’s a cautionary weight to it, beyond its tiny glimpse into one (of a huge number) of reading series. One’s struck by the number of those since drop’d out of sight (though, admittedly, some of the perception’d be due to my own Midwesterner’s myopicks). Where’s, say, (just sticking to those who read more than once), Sherril Jaffe, or Karen Brodine, or John Thorpe, or Victoria Rathbun? (I see Maria Gitin listed—I do recall, in correspondence regarding the Ithaca House publish’d Little Movies, that she’d turned attention to work with battered women, she had a line referring to “big movies,” meaning, I took it, that here’s something to do of more certain heft and seriousness.) With Bernheimer’s not participating in the autobiography proper, one wonders, too, at how the makeup of participants was conceived, and solidified. Were others invited? Who initiated the project? (These seem pertinent questions to a work self-advertised as “experimental.” In order to judge the efficacy of any “experiment,” one needs a straightforward account of “Methods”—whatever’d allow another community to replicate the work and so compare results.) 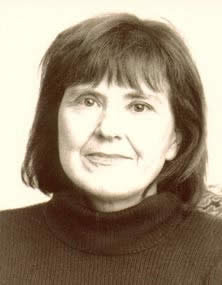