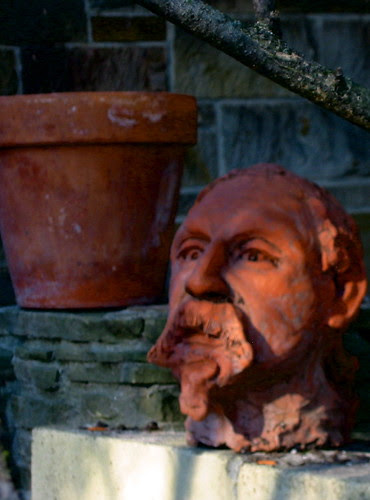 A couple of vernally skew’d days and the maples proceed to shake out the little green handkerchiefs, still pressed for now, pinched by winter’s upfoldings. A silly way to talk, gulping up the morning’s airs, clean of its usual carrion of fume and exhaust. Somewhere Hannah Arendt quotes Hume, how he’d “remarked that the whole of human civilization depends upon the fact that ‘one generation does not go off the stage at once and another succeed, as is the case with silkworms and butterflies.’” Though she suggests that, of course, occasionally, it occurs differently (“during and after the First World War”):

For the decline of the old, the birth of the new, is not necessarily an affair of continuity; between the generations, between those who for some reason or other still belong to the old and those who either feel the catastrophe in their very bones or have already grown up with it, the chain is broken and an “empty space,” a kind of historical no man’s land, comes to the surface which can be described only in terms of “no longer and not yet.”

Or is that exactly what every generation (worth its salt) grabs for itself at the age of its maturity, its becoming—saying with intemperance and scorn, “Out with you interminably dying fucks,” a way of commandeering a makeshift “no man’s land,” a place to cover with the snot-color’d hankies of its loud vernancy.

What’s Hume mean anyways? Probably that “human civilization” accumulates, accretes by the thuggery of overlap, the hem-stitchery hand’d along mother to daughter, needlework ever “finer.” Though one stuck out in twiggy branches of the speculative, like me, “hard fag’d with stitchery,” might conceivably lurch toward a skew interpret: that, the accreting gathers itself by the ostents of agon. (“We” “advance” “fightingly.”)

I think about all that partly as a result of reading Lyn Hejinian’s entry in the second Grand Piano booklet. She—less concern’d with “place” that the others—points to Arendt’s version of the political—says it is “equated with the classical Greek notion of the polis as a space of appearance, a place for”—quoting Arendt—‘the sharing of word and deeds . . . the space where I appear to others as others appear to me, where men [and women] exist not merely like other living or inanimate things but make their appearance explicitly.” Which got me thinking about “appearance” in the realm of my dutiful—I consider it dutiful, explicit, also a lark, gaseous, also agon-inflect’d—writing here: is it possible to equate Blogland, too, to the “classical Greek notion of the polis”? Or is it a too “Polonius behind the arras” kind of appearance, akin to the small cooings and muffle’d gibberings of birds in a cage under a canopy. (I think, too, of the Agrarians—Ransom, Lytle, Tate, Warren, &c.—with the “appearance” of I’ll Take My Stand—an explicit (though rhetorical) move of congregation and constitution.)

Hejinian uses Arendt to argue that “the space of appearance is, also and of necessity, a site of heterogeneity.” (Arendt: “Being seen and being heard by others derive their significance for the fact that everybody sees and hears from a different position. This is the meaning of public life. Only where things can be seen by many in a variety of aspects without changing their identity, so that those who are gathered around them know they see sameness in utter diversity, can worldly reality truly and reliably appear.”)

What I find troublesome is how, historically, the “space of appearance” of the Language poets tended, and in some cases, still tends, to mark itself as anything but a “site of heterogeneity.” The (probably necessary—those of a groupuscule determined to make itself distinct, conspicuous) boundary markers of youth and exuberance, skew to the power-brokers of whatever prior catastrophe, remain now—old dogs peeing on the same old burn’d out rosebushes, or turf “had” by now severally and more. It’s unsightly, it’s paranoiac, it’s evidence of a kind of police mentality—it’s not Hejinian to whom I refer in pointing to that tendency.

Hejinian does, though, use a rather odd line by Rae Armantrout for epigraph: “Discomfort marks the boundary.” Is there discomfort in the clarity with which Hejinian assesses the Grand Piano days? No, there is political grief—the late ’seventies as “a world of disappearances,” and, post-Reagan, “a half century of social progress . . . on the way out.” Oddly, too, there is little sense of the possibility of any subsequent generational conflict, as if History stops with Language poetry. At the end Hejinian writes:

If the polis could serve as a site for the appearance of writing, might not writing serve as preparation for the polis? Considering the larger polis we now (with many others) share, the question is no longer merely rhetorical.

Undeniably right as a kind of call to arms. Troubling in what I perceive (perhaps wrongly) as complacency, the assuming of a place—that “we now (with many others) share”—no humorous self-deprecatory allowed. I druther go up to testify to a kind of call that’d allow for the possibility of being wrong, or being replaced. Think of Arlo Guthrie:

With feeling. So we’ll wait for it to come around on the guitar, here and sing it when it does.

Which is what it does, what it always does, “shaking out its little green, &c.” 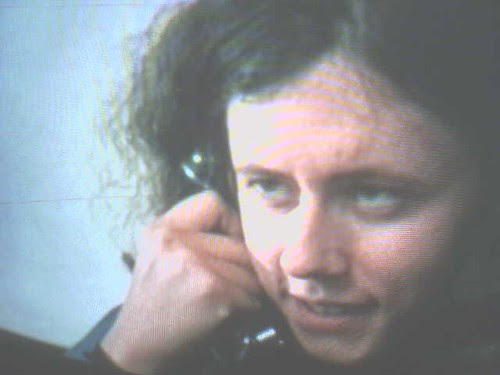