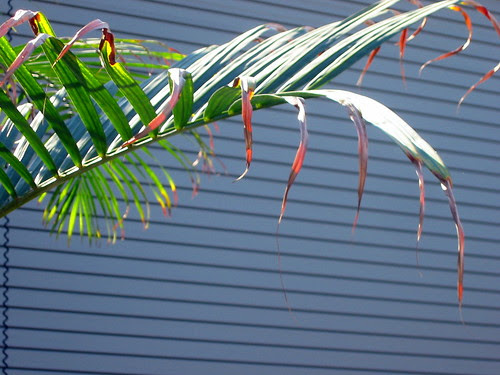 Recently publish’d by Sandra Miller and Ben Doyle’s 1913 Press, Shin Yu Pai’s Sightings collects three sequences, “Nutritional Feed,” “The Love Hotel Poems,” and “Unnecessary Roughness,” and adds a fourth piece, a “play for four voices” (and installation, judging by pictures of a television monitor placed behind swinging “saloon-style” doors, and video stills out of “Wells Fargo”, often with words—“He cut a man’s hand off by an accident”—overlying what looks like a cowboy movie, that accompanies it) titled “Concave Is the Opposite of Convex.” According to the subtitle, the play’s lines come out of a Chinese-English phrase book. Characters: Wells Fargo, Sam Wong, Sam’s Assistant, Judge. Three scenes, only the second placed: “In the Court of You Do Things without a Just Cause.” A sample, directly succeeding a kind of Sam Wong oratorio of arrival (“I came at the first opportunity. . . . It suits me to come. I do so because I love to. . . . Well! I thought I would step in for a moment. Oh! I came because I had nothing to do at home.”):

Wells Fargo: The house was set on fire by an incendiary.

Sam Wong: I will rent the house if you include the water.

Sam’s Assistant: I will attach his furniture if you indemnify me.

Wells Fargo: Please tell me what is the name of my landlord?

Sam Wong: Are you sure of it?

Sam’s Assistant: Certainly, it is true.
He is a tax collector.
He is a money collector.

Wells Fargo: I don’t cheat, even a boy?

Sam Wong: What is your honorable surname?

Sam’s Assistant: What did you dislike in him?

Sam Wong: He was intending to afflict me by telling me fibs.

Sam’s Assistant: Why did you dislike him?

Sam Wong: He squatted on my lot.

It’s hardly the first incidence of poetry emerging hotch-potch out of an instruction manual, but the “making strange” that occurs (by juxtaposition of varying speech registers, and somewhat curious word combinations, a sort of unsocialized diction that’ll use “afflict” and “fibs” in the same phrase) keeps the energy up. Sam Wong says Wells Fargo’ll go to court—what court? “You do things without a cause.” Recalling James Dean lying in the street, drunk, giggling about a toy, a jack-in-the-box, isn’t that how the movie begins? And I think of Shin Yu Pai’s piece (and book) as a kind of “Rebel Without a Cause” for the ’thousands.

What it is, Sightings, is a semiotic romp. A sign-hoard. Crossword puzzle, drawings (some with echoes of Joe Brainard’s deft draftsmanship), grids, typographical change-ups, Venn diagram, blacked out censoring, “offensive play” diagrams, dialogue boxes, trademarks, nutritional charts, rubber stamps, collage, stray keyboard symbols, photographs, cartoon speech bubbles, eye charts. What it explores, in its three major sequences, is sex, sports, food, and, or, the ways one is assault’d by signifiers and simulacra, the violence (and instability) of signs. Here’s one out of “Unnecessary Roughness”:

pass-out play behind
the net, drop and smother

anything he can catch
he can control

a standing goal-tender
preferred to one who

flops to stop
going down

Making plain the sexual ways of the casual sporting event, the imperatives of the human tribe. (In another poem, titled “P.E.” one reads “a sense of team or / tribe, it’s cannibals / and rats who delight / in eating their own.”)

There’s something finally brutal about Shin Yu Pai’s world in the book: no nature, nothing (even seemingly) unmediated by language that pops with its lingual noise, no untemplated, unscored “musing,” no possibility for wholes—constructed and false as they must be. One sketch (opening the “Nutritional Feed” sequence) is of a human brain with three little placards stuck into it: one a computer monitor and keyboard, one a TV remote control, one a plant of sorts, a root vegetable by the look of it. It is the latter that jogs my own brainpan—is it beet? Or turnip? Or mandrake root, pull’d howling, humanoid, up? (See Shakespeare, in Romeo and Juliet: “Shrieks like mandrakes’ torn out of the earth.”) Uneasy with the “feed,” one thinks, is the “proper response” a taming mimicry, an aping? Or is it a turning away, a modest refusal. Shin Yu Pai’s choice is the former.