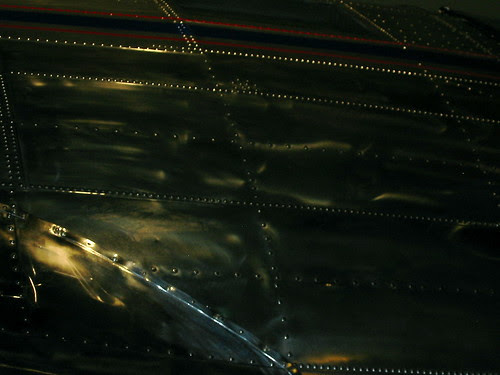 Ron Silliman’s entry in the second booklet of The Grand Piano points to the Selective Service for the reason he end’d up (again, after an brief earlier period—1966-67—“literally in the Haight” where across the street “the Grateful Dead & other bands played every single afternoon from a makeshift stage”) in San Francisco in 1972. The machinations of the Selective Service boards provide a grim “ground” against which Silliman draws himself as an almost equally grim “figure”—relating how he eventually gain’d conscientious objector status and approval to do unpaid work with the Committee for Prisoner Humanity and Justice, advocating for prisoner rights. (The stories of the charades of presenting the draft board with various alternative service “choices” remind me of reading the infamous Selective Service document titled “Channeling” that’d come to light around that period—and’d been promptly revoked, declassify’d. It admitted to using the threat of the draft—one unforgettable phrase being “the club of induction”—to “channel” young men into jobs “in the national interest.”)

Silliman’s figure seems almost novelistic: the draft board’s Kafkaesque procedures, the horrors of prison work (reporting to a roommate how “one of our clients was beheaded with a fluorescent lightbulb today”), a crummy night job, aimless lonely Saturdays seeing Kenneth Anger films at the San Francisco Art Institute, an inability to “get” poetry readings. He writes of meeting Ronald Johnson, and seeing Johnson’s “working copy of Milton’s Paradise Lost with thick black lines crossing out the words as it transformed into Radi Os” only to sense what Silliman calls “the enormous gulf between our superficially similar aesthetic commitments.” (Which, as we know little to nothing of Silliman’s aesthetics, makes for as oddly Huysmans moment—everything disgusts our character Ron Silliman, everything—even what should bring joy, all of it, damnable, dire, askew.) Into which, as at chapter end of all tediously serialized novels, a little light shines. At a reading with Barrett Watten (“for the next two years, the only other readings I could get were with Barrett”—is that unintentionally funny?) something, one assumes, momentous occurs: “It was at that event that [Kathy] Acker first handed me a copy of a self-published chapter of her serial novel, I Dreamt I Was a Nymphomaniac: Imagining. Luckily, Carla Harryman—wittingly?—begins her episode puncturing the portent: “I never dreamt that I was a nymphomaniac but ‘I absolutely loved to fuck.’”

Wherein I digress’d—sought solace in long slaking draughts of reading Roberto Bolaño’s The Savage Detectives. The Bolaño who somewhere hint’d that reading’s probably of more import than writing. Something like that. The Bolaño who wrote (in a story call’d “Enrique Martín,” in Last Evenings on Earth (New Directions, 2006), translated by Chris Andrews):

Which no norteamericano poet with any modicum of conscience could write. Bolaño (b. 1953) was initially a poet (early work collect’d in Los Perros Románticos: Poemas 1980-1998, [PDF] being The Romantic Dogs) and wrote a lengthy narrative poem titled La Universidad Desconocida (roughly, The Unknown University), un-translated into English. Thinking—a silly thing to do—about Bolaño against the heroics and complaints of the Language boys in The Grand Piano. The ooze of self-satisfaction. Bolaño’s bountiful humor (against temptations of earnestness, or its twin, self-pity): in The Savage Dectectives, a poet saying, “Poetry is more than enough for me, though sooner or later I’m bound to commit the vulgarity of writing fiction.”